U.S. to Face Netherlands in 2018 Fed Cup, Host to Be Determined 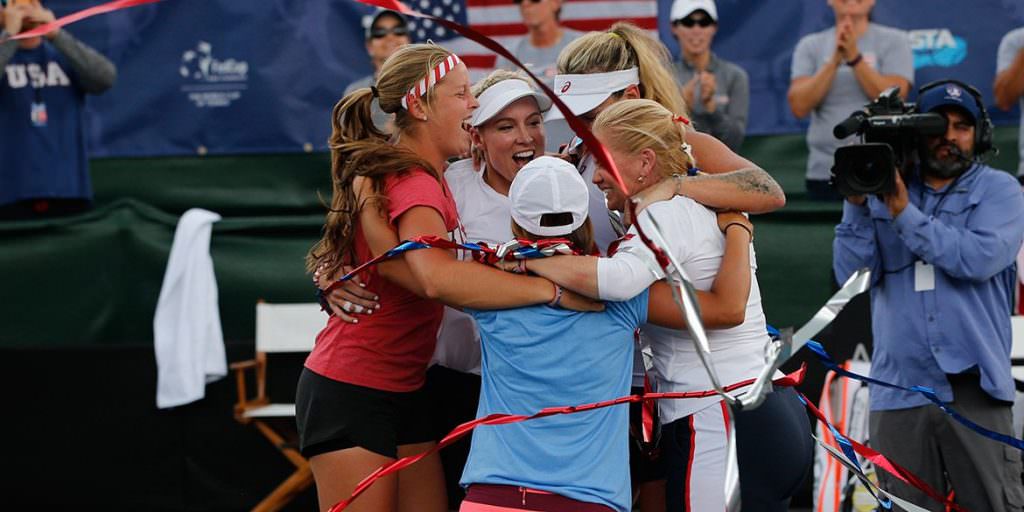 The U.S. Fed Cup team will be overwhelming favorites when they face the Netherlands in the first round of the 2018 Fed Cup World Group international competition on Feb. 10-11 at a site to be determined.

By nature of the U.S. reaching the Fed Cup Final this year, the USTA has the choice to host the tie in the United States, with the decision to come by Oct. 4 at the latest.

The U.S. hosted the most recent meeting with the Netherlands, but a new Fed Cup provision allows finalists the choice to host their next first-round tie if they so desire.

The U.S. leads the Dutch 6-2 in all-time Fed Cup meetings, winning the most recent in the 1998 World Group first round 5-0 at Kiawah Island, S.C. The Dutch posted their two wins in 1997 behind top player Brenda Schultz-McCarthy, and in 1968 when the Dutch won 2-1, clinching the final doubles back when the Fed Cup was contested with only two singles and one doubles match.

The Netherlands retained their World Group status for 2018 last April when they defeated Slovakia 3-2 in the World Group Playoffs round. The Dutch team is currently led by Kiki Bertens at No. 29 on the WTA rankings, followed by No. 119 Richel Hogenkamp and No. 143 Arantxa Rus, the former No. 1 junior player in the world.

The U.S. will have a bounty of players to choose from, including former No. 1 Serena Williams returning from having her first child, former No. 1 Venus Williams, No. 12 Madison Keys, No. 16 CoCo Vandeweghe, and No. 17 and reigning US Open champion Sloane Stephens.

“Now we have the final in Belarus and we are very excited to experience that,” said U.S. captain Kathy Rinaldi, who has not announced her team for the November final. “It’s in a very nice stadium [in Belarus], and I have heard it’s sold out already. Nine thousand fans — that’s what we play for. We play for this opportunity.”

Other first-round 2018 meetings in February in the eight-team World Group will be Germany at Belarus, Switzerland at Czech Republic, and Belgium at France. The U.S.-Netherlands winner will meet the Belgium-France winner in the April 21-22 semifinals.

For more info go to www.fedcup.com.