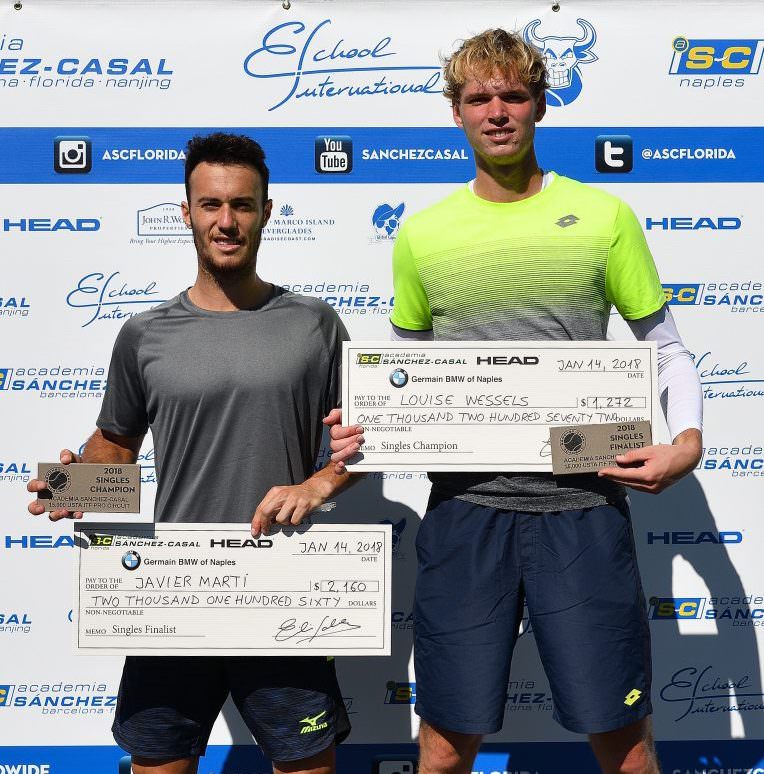 “It was a great week for all of us,” the 25-year-old Marti told the media afterwards. “What was a surprise was the high level that everyone played at. I didn’t know what to expect here. The people here weren’t ranked very high, but I think a lot of the players will go far. The college players, especially, show a lot of potential.”

Marti, who entered the event at No. 258 on the ATP rankings, did not drop a set in beating four Americans en route to the final: Tyler Mercier, Collin Johns, local former ATP player Jesse Witten, and Strong Kirchheimer. Kirchheimer put in the top American effort in the event as the former Northwestern University player from North Carolina lost 6-3, 7-5 to Marti in the semifinals.

Wessels needed to put on his hard hat to reach the final, in the first three rounds recording three-set victories. In the semifinals he upset No. 4 seed Fred Gil of Portugal 6-4, 7-5.

In the doubles final the unseeded team of American Trent Bryde and Wessels upset the top-seeded team of Portugal’s Gil and Spain’s Jaume Pla Malfetto 6-1, 1-6, 11-9 for the championship.

For more info go to www.usta.com/en/home/pro/pro-tennis-events/ProCircuit.html.