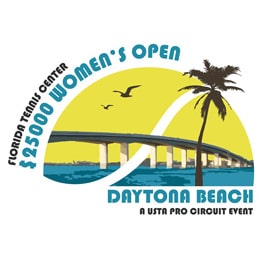 Three American women forged ahead into the quarterfinals on Thursday at the 2016 Daytona Beach Women’s Pro Championship. Fans of the USTA Pro Circuit event at the Florida Tennis Center will not only be treated to top-level tennis this weekend, but will also have the opportunity to win get-away packages to the US Open and New York City via jetBlue airlines.

In addition to the No. 1 seed Rogers, other Americans exiting on Thursday were qualifier Kayla Day who lost to the Ukraine’s Elizaveta Janchuk 6-3, 7-6(3), and Bernarda Pera who fell to No. 3 seed Ons Jabeur of Tunisia 6-2, 7-6(6).

The Friday quarterfinals will see No. 2 Min vs. No. 5 Bellis in an all-American battle, and the No. 6 Muhammad against Janchuk. Also in quarterfinal action will be Fridman vs. Bulgarian Elitsa Kostova in an all-unseeded meeting, and the No. 3 seed Jabeur vs. No. 7 seed Natalia Vikhlyantseva.

The Saturday singles semifinals and the doubles final, starting at 9:30 a.m., and the Sunday singles final at noon in Daytona will see some special prizes for spectators.

For more info go to www.protennisdaytona.com.