In the 6.0, Duval County (Deerwood Country Club, Jacksonville) and Hillsborough County (Grand Hampton, Tampa) met in the championship dual after making quick work of their flights. All three courts of the final would end in straight sets, with Duval’s Elizabeth and Brendon Vavrica capturing court one 6-2, 6-2 and Georgi and Irena Eneva-Kirov earning line three by the same score line. Those victories delivered Duval’s first-ever title in the Mixed 40 & Over 6.0 division, with an overall match score of 2-1.

Pinellas County (Seminole Lake Family Tennis, Seminole), looking to extend their 2021 League Cup Championship lead, faced off against Orange/Seminole/Lake (Sanlando Park, Altamonte Springs) in the 7.0 championship dual. In the end, Pinellas proved too tough for O/S/L, as the squad battled their way to a 3-0 sweep to claim Pinellas’ first sectional crown in the Mixed 40 & Over 7.0 division.

Not looking to stop the momentum in the 8.0 competition, Pinellas (Safety Harbor Resort and Spa, Safety Harbor) blazed through Flight 1 with a sterling 3-0 record. Flight 3 was dominated by Hillsborough (HCC Tennis Complex, Tampa) with another pristine 3-0, while Flight 2 was taken by Okaloosa/Walton/Bay (Shalimar Pointe Country Club, Shalimar) in a tiebreak. Duval (Southside Tennis Complex, Jacksonville) rounded out the divisional semifinals as the wildcard for being the runner-up in Flight 3. OWB and Pinellas both earned their spots in the championship match, where Pinellas was successful in taking the first and third courts in straight sets to take home the title.

Perhaps the most dominant team of the weekend was the 9.0 squad from Hillsborough (HCC Tennis Complex, Tampa). In the round-robin portion of the event, Hillsborough won not only all nine courts they contested in Flight 1, but also all 18 sets – giving away just 47 games over the course of three dual matches. Emerging from Flight 2 was Miami-Dade (Ron Ehmann Tennis Center, Miami) who finished 3-1 overall and earned their place in the finals in a head-to-head victory over 3-1 Pinellas (McMullen Tennis Complex, Clearwater).

Miami-Dade brought the pressure in the championship dual, but ultimately Hillsborough would close out their impressive effort with a 2-1 triumph. In the top spot, Manuel Alvarez and Stephanie Means teamed up for a 6-4, 6-4 score line while Dagmar Rocker and Jamie Mckibban turned in a comprehensive 6-3, 6-2 victory on court three. Preventing the sweep were Miami-Dade’s Antonio Necuze and Janine Burke, who captured line two 1-6, 6-3, 1-0.

The competing teams represented various clubs, parks, recreational departments and organizations, and finished at the top of their local leagues during the 2021 season to advance to the USTA Florida Mixed 40 & Over 6.0/7.0/8.0/9.0 Sectional Championships. 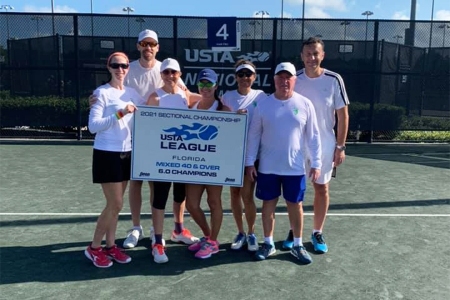 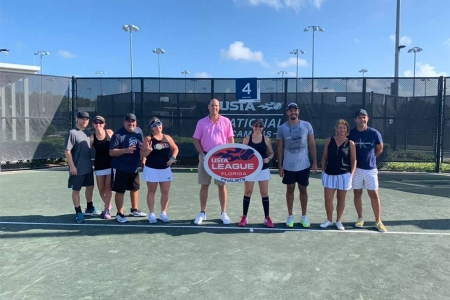 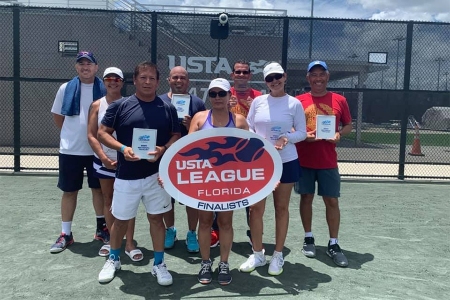 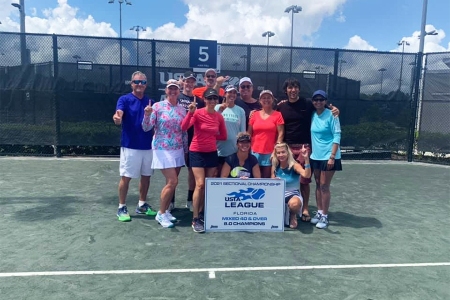 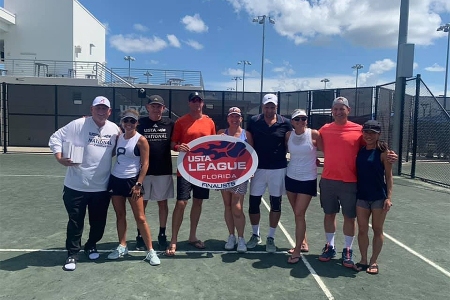 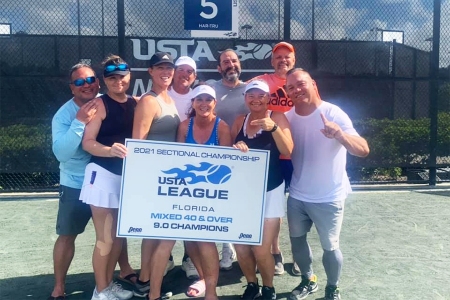 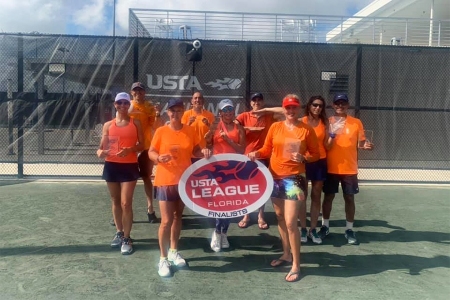 The USTA Florida League Championship Cup is awarded to the county with the most league sectionals titles during the 2021 season (standings through June 29, recent winners in bold):