Escambia, Hillsborough and Orange counties each claimed their first divisional championships of the 2021 season, at the USTA Florida Adult 55 & over 6.0/8.0 Sectional Championships, held May 1-3 at the USTA National Campus.

Hillsborough (Apollo Beach Racquet Fitness Club, Apollo Beach) and Escambia (Roger Scott Tennis Center, Pensacola) made it through the women’s 6.0 semifinals to meet on the court for the championship dual. Escambia’s quest for the championship took an unfortunate turn of events though when the squad was only able to field two pairs, forcing them to forfeit line three. That gave Hillsborough the opportunity to sweep the finals, as Patty Trabue and Lisa McCarthy took line one and Sally Raque and Mary Flynn won court two.

Escambia wouldn’t leave the event empty-handed though, as the men from the Roger Scott Tennis Center took on Brevard (Fee Avenue Courts, Melbourne) for the men’s 8.0 crown. Despite a victory on court one, it wasn’t enough to put Brevard over the top as Escambia’s duos of Tim Falzone and Shane Russell on line two and Derrick Racine and John Wimberly on line three secured the division title.

After besting the semifinals with 2-1 final scores, Orange/Seminole/Lake (Lake Cane Tennis Center, Orlando) and Brevard (Kiwanis Island Park Recreation Center, Merritt Island) went head to head in the championship dual for the women’s 8.0. Orange/Seminole/Lake claimed the top two matchups to earn the title, supported by the 6-4, 6-4 victory of Katherine Foulk and Penny Watzka on line one and Tami Florin and Emily Sakol’s 6-1, 6-3 triumph on court two.

The competing teams represented various clubs, parks, recreational departments and organizations, and finished at the top of their local leagues during the 2021 season to advance to the USTA Florida 55 & Over 6.0/8.0 Sectional Championships. 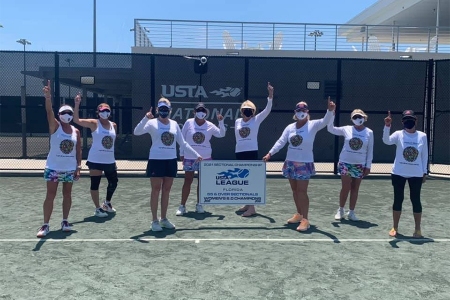 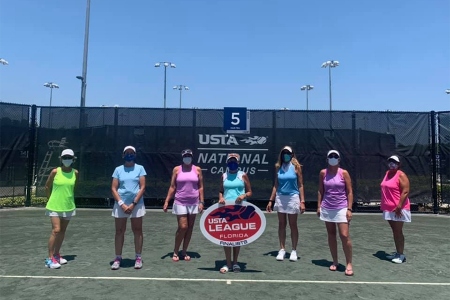 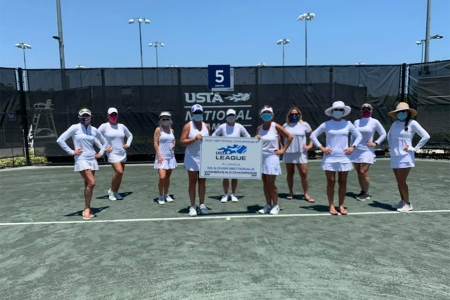 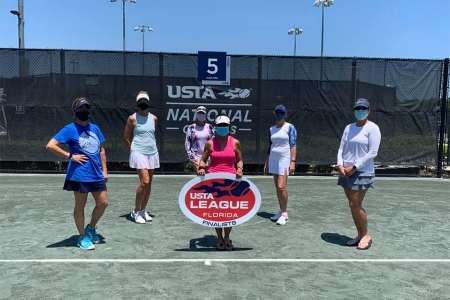 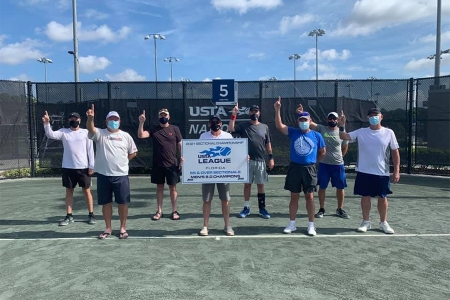 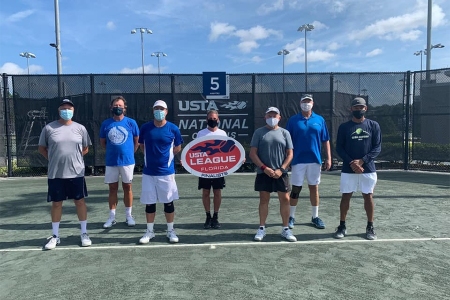 The USTA Florida League Championship Cup is awarded to the county with the most league sectionals titles during the 2021 season (standings through May 4, recent winners in bold):