“The Koz” Throws it Back to the US Open Golden Jubilee

The celebration of the 50th anniversary of the US Open in 2018 will be highlighted during the Aug. 22nd episode of “Inside Tennis with The Koz”, that airs at 12:30 p.m. on SNN TV in Florida. 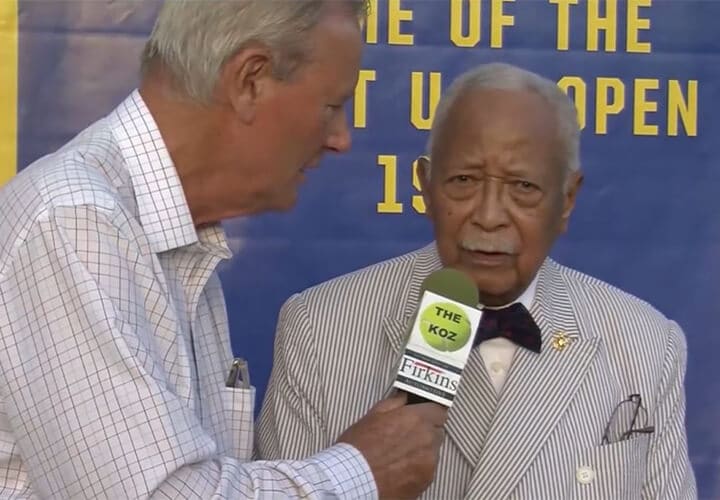 The Koz and David Dinkins

The US Open era began in 1968 with the inaugural tournament played on the grass at the Westside Tennis Club in Forest Hills, NY. 1968 was the first time professional tennis players could compete in the Grand Slam, which was previously limited to amateur players. Interviews from the golden jubilee celebration include former New York City Mayor and former Chairman of the Board and President of the United States Tennis Association David Dinkins, CEO of the International Tennis Hall of Fame and 1999 US Open men’s singles semifinalist Todd Martin, and 1993 French Open men’s doubles champion Luke Jensen.

Also featured during this week’s episode is the 50th anniversary of the Maureen Connolly Brinker Tennis Foundation, celebrated during the Little Mo Internationals at the Westside Tennis Club. Maureen Connolly became the first woman to win all four Grand Slam tournaments at the age of 18 in 1953, and won her ninth slam title at the Wimbledon Championships the following year.

The program also will include a visit to the Dick Stockton Boots on the Court tennis clinic at United States Military Academy in West Point, NY. Stockton, former world No. 8 in men’s singles, has been hosting military tennis clinics on numerous American military bases for the last decade.