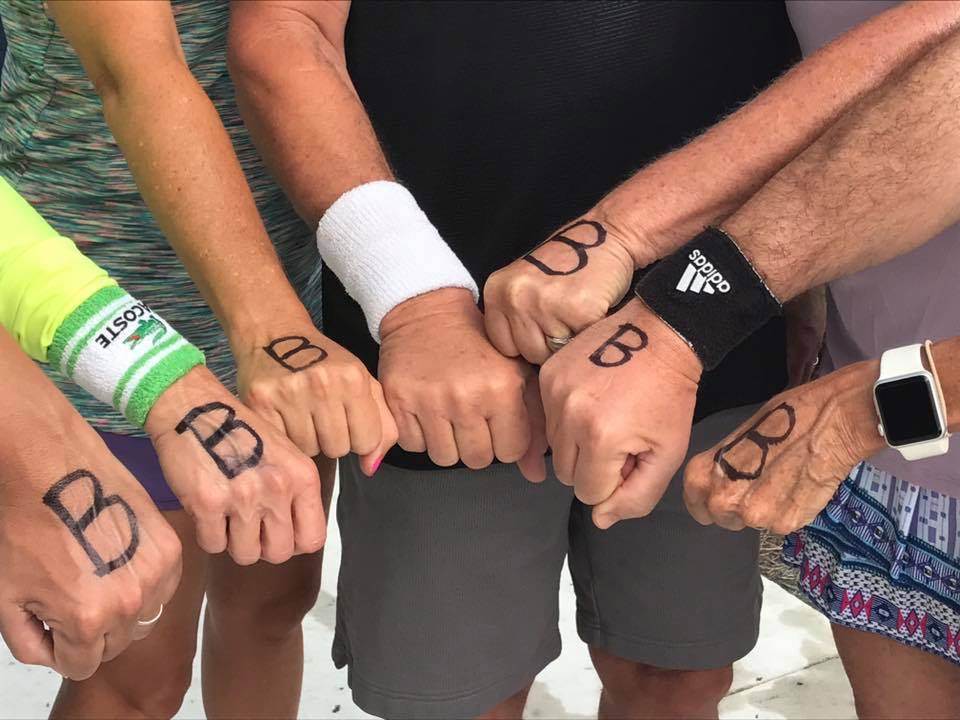 USTA League tennis can move you — both physically and emotionally with support from your teammates.

When Barry Caplan’s family and teammates brought him onto the grounds of the USTA National Campus in Orlando earlier this month during the USTA Florida Mixed 40 & Over League Sectional Championships, his role seemed apparent.

“I thought he was just there to root on his team,” said Jodi Manning, USTA Florida Leagues Program Coordinator. “I was in disbelief when he got out of his chair to play.”

Seven weeks prior, Caplan was diagnosed and had surgery to remove a glioblastoma brain tumor. The day prior he received a radiation and chemo treatment, then headed to Orlando from his home in Lakewood Ranch, Fla. (south of Bradenton).

“He has been getting chemotherapy and radiation daily for the last three weeks,” said team captain Karen Nicholson. “He has been practicing with the team for the last four weeks with a goal of coming to sectionals with us all.”

Caplan played one match, then Nicholson says “his competitive spirit came out,” and he played a second match for his team. It was only three weeks after his doctor gave him the OK to return to the courts while still in the midst of his radiation and chemo treatments.

“Being back on the courts was the key to my emotional and physical healing,” Caplan says. “The day after my discharge I went to the courts to visit and thank everyone for their love and support.”

The Lakewood Ranch group is Caplan’s tennis family. And while he has advanced on teams to USTA Florida League Sectional Championships “many times,” this year’s championships provided a critical mental boost to his recovery.

“This time it was not about the competition but more about the spirit of being inclusive,” he said. “I’m grateful to be able to play tennis with such a wonderful group of people.”

Caplan during the weekend also received a USTA Florida Sportsmanship Pin from the league tournament staff. 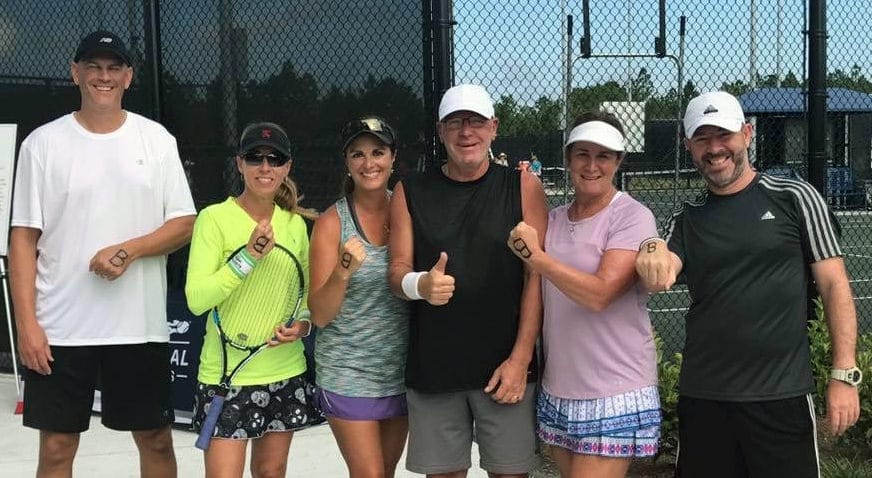 “Barry is always jovial, positive and competitive,” Nicholson says. “He is the epitome of a team tennis player — always fair and ready to do whatever the team needs. He reminds us all to appreciate the love of the game and to live life to the fullest. He is a fighter and a champion, in life and on the courts. We are so proud to be called his friends!”

Glioblastomas brain tumors are usually highly cancerous, and the exact cause remains unknown. Different patients respond differently to treatment. “Cancer doesn’t discriminate,” wrote current No. 1 Andy Murray in an essay two years ago after he witnessed his best friend and fellow British pro Ross Hutchins beat cancer, and fellow British No. 1 Elena Baltacha succumb to liver cancer at age 30. “Its reach is blind and uncompromising. It doesn’t know who you are, and it certainly doesn’t know what you’re like.”

Caplan’s teammates, on the other hand, do know. And they’re betting on their tennis family in Lakewood Ranch helping Barry to beat cancer.

“I’m halfway through my six-week treatment,” Caplan says. “My connection to tennis and the tennis community at Lakewood Ranch is an extremely important part of my recovery. Each time I’m back on the courts I feel as though I’m getting stronger.”

Do you have a story of tennis helping you or a friend to beat the odds? Please share of comment in the section below. To learn more about USTA League tennis in your area go to www.ustaflorida.com/local-contacts/?contact_program=usta-leagues.