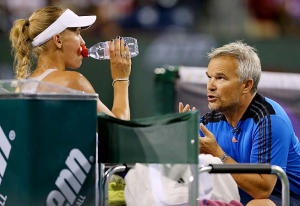 Introduced in 2008, the WTA tour’s on-court coaching experiment will enter it’s seventh year in 2015 with a twist — coaches will be able to bring a WTA-authorized mobile device onto the court and analyze real-time data with players during coaching visits.

On-court coaching has not been without controversy as the men’s ATP World Tour and the International Tennis Federation, which governs the four Grand Slam tournaments, continue to disallow on-court coaching at their events.

In our December 2014 Game Changer, tennis broadcaster Mary Carillo and the USTA Southwest Section’s Jeff Sikes blog their cases for keeping or dismissing the WTA’s on-court coaching and live data use. 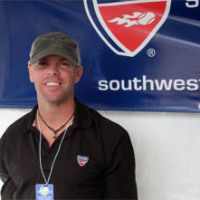 Jeff Sikes is the marketing and communications director for the USTA Southwest Section and an avid tennis player, fan and blogger

I’m a proponent of the WTA on-court coaching and the new rule that will allow coaches and players to use live match data.

I’ve used a Babolat Play the last year or so to analyze how I’m doing after my matches, and it’s been great fun to look at why you’re doing well (or eye opening to see why you’re not). I’ve uploaded it right there sometimes when I’m practicing just to see.

I think players are always searching for that type of feedback. In real time, with a coach? That’d be great for the WTA tour.

So many other sports use data and statistics in-game to make adjustments on the fly. You see NFL coaches and quarterbacks breaking down overhead photos of plays literally when they get back to the sideline off a series of downs. Why should tennis be any different if it has the capabilities?

I know you always hear the “you have to figure it out on your own” argument, and yes that’s what makes tennis unique. But, it also makes a 90-second changeover a commercial break instead of staying there, or maybe showing a potentially interesting coach-player exchange when you get back from the commercial.

As a player, you still have to implement a changing tactic anyway. Will it work? Maybe. Well, guess what? The other player can also react to that at the next coaching break.

I think it would be cool to see the interplay between someone like Patrick Mouratoglou sitting down with Serena Williams and going over finer points of strategy. I think fans would like that, plus there’s always the possibility of a coach-player meltdown or disagreement which also would make for a more interesting television moment.

I don’t see it as a negative at all. I could even see sponsorships coming out of it. This changeover brought to you by Microsoft Surface, the official on-court coaching tablet of the WTA…or something like that.

Florida resident Mary Carillo is a former WTA pro and commentates on tennis for a number of broadcast outlets including ESPN, NBA and Tennis Channel.

Since its inception, my feelings about on-court coaching have never changed — I’m adamantly opposed to it.

Years ago the WTA got taken in by a few television people who convinced them that on-court coaching would give TV viewers more access and insight into women’s matches. What it has done instead is infantilize multimillionaire tennis players in an aggressively sexist way. More often than not, the players are made to look weak, submissive and confused.

One of the great features of tennis is that the athletes who play it are solitary problem solvers. This is no longer the case on the WTA tour. The biggest women’s sport in the world has seriously dropped the ball with this “experiment,” and now it will continue with match stats.

Match data can be easily displayed by the scoreboards on every changeover, so that not only the players, but the fans can see what’s working and not working during play. No coaches are required. Anyone who can read can distill  the numbers.

Are professional women tennis players really this needy? I sure hope not…

What is your opinion on the WTA tour on-court coaching and the use of data during matches in 2015? Share your opinion in the comment section below.