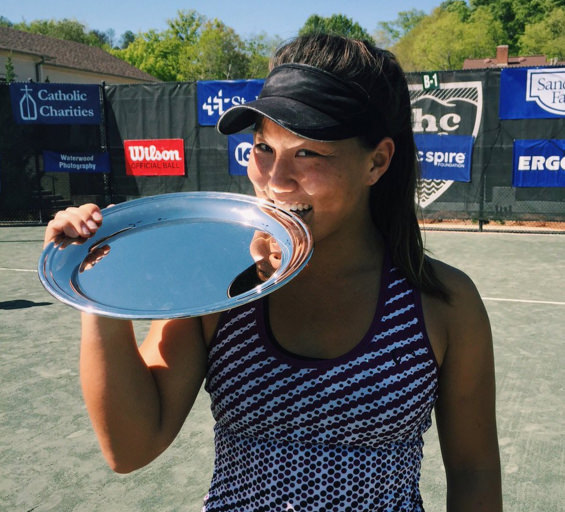 It was her first USTA Pro Circuit title since April 2014 when she defeated fellow American Victoria Duval in the final in Dothan, Ala., and she improved to 6-3 career in USTA Pro Circuit singles finals.

Min in a semifinal upset blew past No. 3 seed Jarmila Wolfe of Australia 6-1, 6-0. Badosa Gibert likewise in the semis turned an upset, defeating American and No. 7 seed Robin Anderson 6-1, 6-3..

The 2011 US Open girls’ singles champion and 2011 Wimbledon girls’ doubles champion (with Eugenie Bouchard), the 21-year-old Min entered the Jackson event at No. 242 in singles on the WTA rankings. 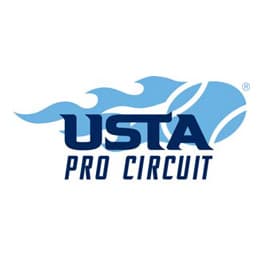 Juan Carlos Saez of Chile, Federico Zeballos of Bolivia and Gonzalo Escobar of Ecuador — all who are current members of their nation’s Davis Cup team — are among the 18 direct entries into the $10,000 USTA Pro Circuit Futures event that has been played in Vero Beach consecutively since 1995.

Four Americans received direct entries into the field, highlighted by former three-time All-American from the University of Michigan, Evan King of Chicago, as the leading U.S. entry. King is joined by Deiton Baughman, 19, of Carson, Calif., a US Open main draw doubles participant in 2015; Evan Song of Henderson, Nev.; and former University of Illinois All-American Dennis Nevolo of Gurnee, Ill.

The youngest entry is 16-year-old Denis Shapovalov, who won the US Open junior doubles title last year and also led Canada to victory in the 2015 Junior Davis Cup competition.

For tickets or more info go to www.VeroBeachTennisTickets.com or www.MardyFishFoundation.com. 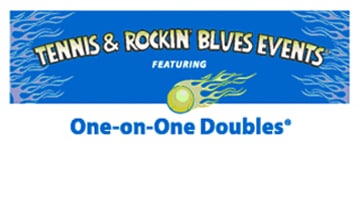 The deadline is approaching for the USTA Florida-sanctioned $1,000 Central Florida One-on-One Doubles Tournament on Saturday, April 30, 2016, to be contested at the ESPN Wide World of Sports Tennis Complex at Disney World.

“There will now be a Men’s Open division with $500 going to the winner, $250 to the finalist, $150 for third place and $100 for fourth place,” says organizer Ed Krass. “The tournament will start at 1 p.m. and finish by 5 p.m., and will be in played in first to four game, no-ad, short set round robin format. The winners of each court will then play in single elimination matches starting with the quarterfinals.”

There will also be a Men’s 4.5 Division with prizes for the winner and finalist.

All proceeds from the event will benefit the University of Central Florida men’s tennis program.

The ESPN Wide World of Sports Tennis Complex is located in Kissimmee, Fla.

“This tennis facility is located inside Disney World, so make a holiday of it,” Krass says. “We will also have a live Rockin’ Blues Band performing during the tournament. Food and drink are also included. This event’s net proceeds will benefit the UCF men’s tennis program, where I was a player and coach.”

For more tournament information or to register go to http://tennislink.usta.com/tournaments/TournamentHome/Tournament.aspx?T=184937. 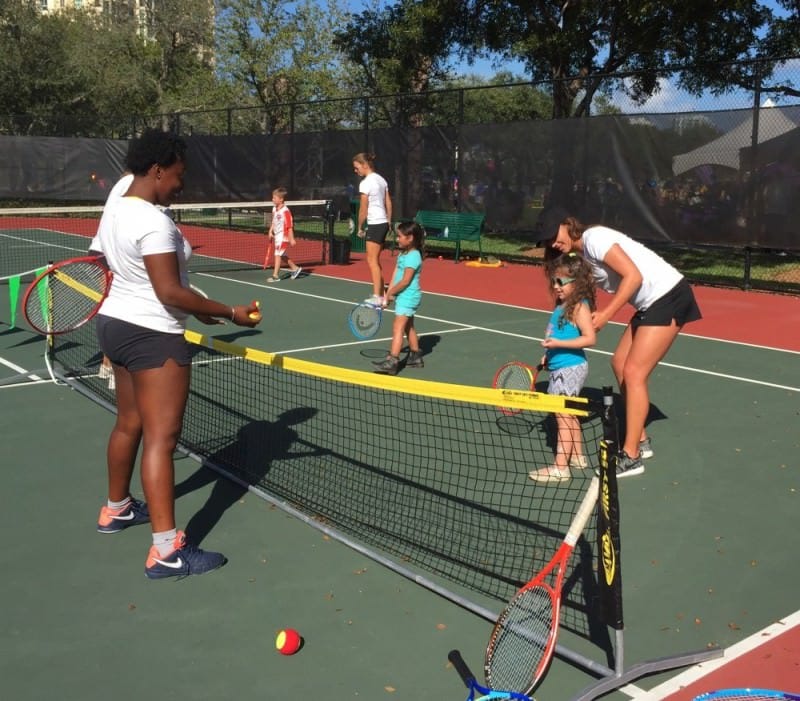 The workshop is designed to provide coaches, parents, teachers, and others that work with this age demographic the skills needed to engage and instruct children age 10 and under.

The program consists of six on-line courses and one on-court 10 and Under Tennis Workshop.

The workshop fee is $15. It is highly recommended that participants take online courses 1-4 prior to attending the workshop. Please note that all workshops are non-refundable and non-transferable once you are registered. Participants are asked to come dressed appropriately to participate in on-court workshops and to bring a racquet.

To register for the workshop or for more info go to www.ustaflorida.com/event/10-and-under-on-court-coaches-workshop-at-florida-yacht-club. 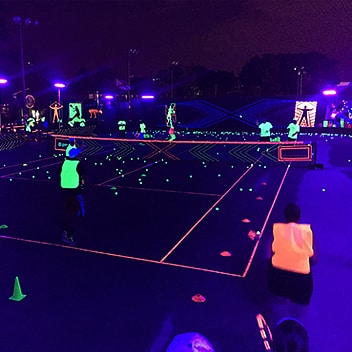 Due to the overwhelming forecast for rain, the Lights Out Tour XGlosive event at The Kiwi Tennis Club has been rescheduled to Friday, May 20, 2016 at 8:30 p.m.

Named the USTA Florida Member Organization of the Year in 2012 for exemplifying service to its members and the community, The Kiwi Tennis Club will show the community black-light tennis when it hosts the event in Indian Harbour Beach.

The glow-in-the-dark spectacular, open to the public and for all ages, is guaranteed to leave smiles on the face of adults and children alike. The event is free for club members and $25 for non-members, and all participants will receive a free Lights Out Tour glowing t-shirt. Kiwi members can sign-up in the pro shop, or contact Kelly Camirand at (321) 544-8076, or e-mail kelly@kiwitennisclub.com.

“Kiwi Tennis Club is excited to offer our members and the community-at-large an opportunity to attend the high-energy XGLOsive Tennis event,” said Camirand, the director of sales and development for Kiwi. “I personally really enjoyed the experience at our USTA Florida Annual Meeting, and felt strongly about sharing the event with Brevard County tennis enthusiasts at Kiwi Tennis Club.”

The events feature music, King of the Court games, skill games, special courts for youth players, and fast-paced fun for players, friends and entire teams. Participants are encouraged to wear white or pastel-glow-colored clothing, wristbands, shoes or other accessories.

The Kiwi Tennis Club is located at 30 Tradewinds Drive in Indian Harbor Beach, Fla. For more event information or to sign up go to www.eventbrite.com/e/xglosive-lights-out-tour-kiwi-tennis-club-tickets-21353840913. For more upcoming Lights Out Tour dates, go to the Lights Out Tour website at www.USTAFlorida.com/LightsOut.

James Blake, Wayne Bryan Featured on Latest ‘Inside Tennis with The Koz’

The latest episode of “Inside Tennis with The Koz,” which premiered on Saturday, April 9, 2016 at 2:30 p.m. on the Suncoast News Network in Florida, is now available online, featuring an in-depth interview with American tennis ambassador James Blake, along with a catch-up visit with Wayne Bryan, father of the GOAT (Greatest of All Time) doubles team Bob and Mike.

Inside Tennis With The Koz presented by BMW of Sarasota airs every Saturday at 2:30 p.m. on SNN TV on the Suncoast of Florida.

Watch the latest episode below:

Nine American players are direct entries into the main draw of the 2016 Tallahassee Challenger, with the $50,000 USTA Pro Circuit event to be held on April 25-30 at the Forestmeadows Tennis Complex in Tallahassee, Fla.

Ten countries are represented in this year’s event, with American and current No. 85-ranked Donald Young leading the pack. Young has won eight Challenger-level titles during his career and has twice reached the fourth round of the US Open.

Other Americans in the field are Jared Donaldson, Dennis Novikov, Noah Rubin, and Tim Smyczek.

With approximately 90 tournaments hosted annually throughout the country and prize money ranging from $10,000 to $100,000, the USTA Pro Circuit is the pathway to the US Open and tour-level competition for aspiring tennis players and a frequent battleground for established professionals. John Isner, Maria Sharapova, Sam Querrey, Sloane Stephens, Kei Nishikori, Victoria Azarenka and Andy Murray are among the stars who began their careers on the USTA Pro Circuit.