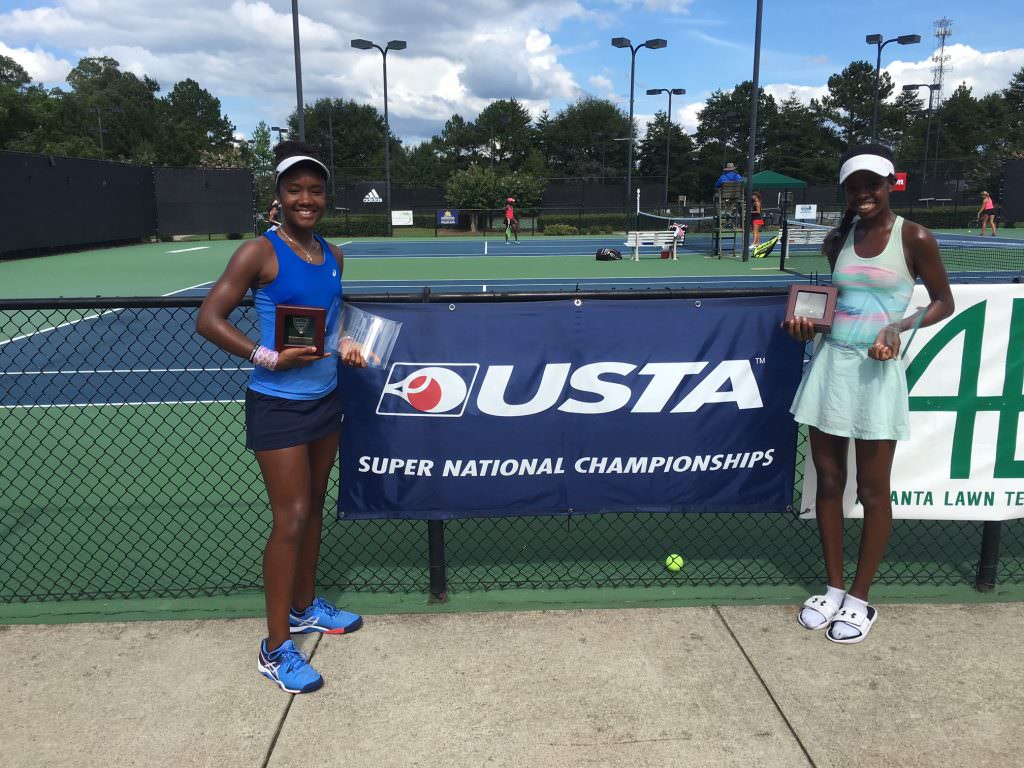 The 18 year old will make his debut appearance in the US Open main draw as a wild card entrant. Mmoh, the son of former Nigerian Olympian Tony Mmoh, is coached by Glenn Weiner at Nick Bollettieri’s IMG Academy in Bradenton. Currently at No. 386 on the ATP World Tour Rankings, he is a former world No. 2 junior.

Yanez was also the top seed in the Girls’ 12s singles, losing to No. 12 seed and eventual runner-up Vivian Ovrootsky in the round of 16.

Coming up just short and earning runner-up Silver Balls were Boca Raton’s unseeded Jameson Corsillo, who lost to top-seeded Alex Lee 6-1, 6-3 in the final of the USTA Boys’ 14s National Championships in San Antonio, Texas, and Weston’s Meible Chi, who with Californian Taylor Russo lost as the No. 9 seeds 6-1, 6-4 to the No. 5-seeded team of Jada Hart (Colton, Calif.) and Ena Shibahara (Rancho Palos Verdes, Calif.) in the USTA Girls’ 18s National Championships doubles final in San Diego. 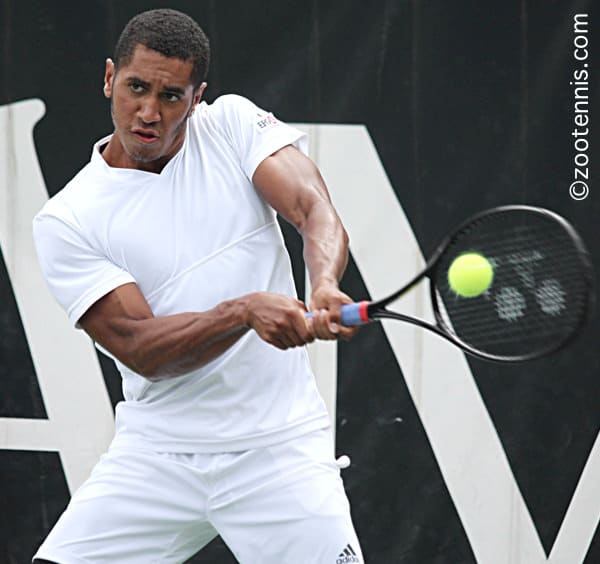 Bradenton’s Michael Mmoh will make his slam debut later this month at the US Open in New York, having earned a wild card by dominating the field at last week’s USTA Boys 18s National Championships in Kalamazoo, Mich.

The 18-year-old IMG Academy student was playing in a junior tournament for the first time since the 2015 US Open Junior Championships, with his ATP ranking of 376 giving him the No. 1 seed in Kalamazoo.

Mmoh lived up to his advance billing by reaching the final without dropping a set, taking out the No. 10, No. 5 and No. 8 seeds in the round of 16, quarterfinals and semifinals respectively. In the championship match against 17-year-old Vasil Kirkov of Tampa, Mmoh again proved too tough for the competition, earning a 6-1, 6-2, 6-3 victory in the first best-of-five match he had ever played.

“It’s not like I was 100 percent going to win the tournament,” Mmoh said of his role as favorite. “Maybe I was supposed to, but I put it into my head that if I played well, stuck to my game, served well, hit my forehand well, I’d be fine.”

Mmoh, who had an elbow injury that kept him out of competition for several months earlier this year, said his serve has been a major source of confidence while playing in Kalamazoo.

“When I come out, and I’m expected to win, it comforts me a lot to know I can get a lot of free points on my serve, and the rest of my game kind of flows in after that,” said Mmoh, who is coached by IMG’s Glenn Weiner.

Mmoh has played the US Open Junior Championships three times, and last year received a wild card into the men’s qualifying, but he has been competing at the professional level long enough to know that New York will be a different experience this time around. Unlike some young wild card winners, Mmoh said he would like to avoid a night match on Arthur Ashe Stadium in his US Open debut.

“I definitely don’t want to play on Arthur Ashe,” Mmoh said. “That would mean I would be playing one of the top guys. All those guys are really good players, but hopefully I don’t get [Novak] Djokovic or one of those big dogs. But if I play the way I’ve been playing this week, I think I can do some damage, that’s for sure. I’ve been playing good tennis, big tennis, compared to what I’ve done in the past. I’m really going for my shots now and dominating, so I’m happy about that.”

The mission of The Folded Flag Foundation is to provide educational grants and scholarships to surviving family members of military and government employees who lost their lives in combat while serving the U.S. military. 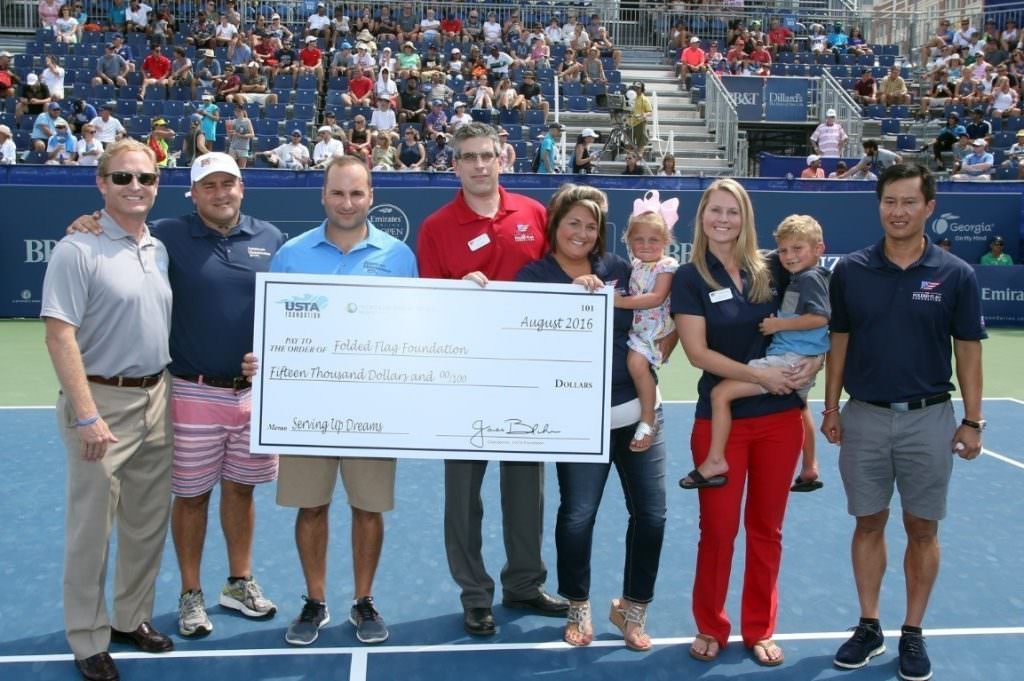 As a non-profit, 501(c)(3) organization, The Folded Flag Foundation relies on public donations to help supplement the current death benefits available to the dependents of United States military personnel and other government employees who have lost their lives in defense of the United States. Because all administrative costs for the charity are underwritten by Black Knight Financial Services and ServiceLink, 100 percent of all donations to The Folded Flag Foundation goes directly to the families in need.

“We appreciate the opportunity to partner with the USTA Foundation to recognize our military heroes on Military Appreciation Day at the BB&T Atlanta Open,” said John Coogan, executive director for The Folded Flag Foundation. “And we are honored to accept their generous gift, which will go far in helping the family members of our bravest fallen warriors continue on a pathway of education.”

Dan Faber is president of the USTA Foundation.

“The USTA Foundation is proud to partner with The Folded Flag Foundation to further their cause of providing scholarships to the families of our fallen military — families who have already sacrificed so much,” Faber said. “The USTA Foundation believes strongly in giving back to our communities and supporting programs, like The Folded Flag Foundation, to help build brighter futures and support students as they pursue their educational goals.”

To learn more about The Folded Flag Foundation, including how to apply for scholarship aid, visit www.FoldedFlagFoundation.org. For more information on the USTA Foundation go to www.ustafoundation.com. 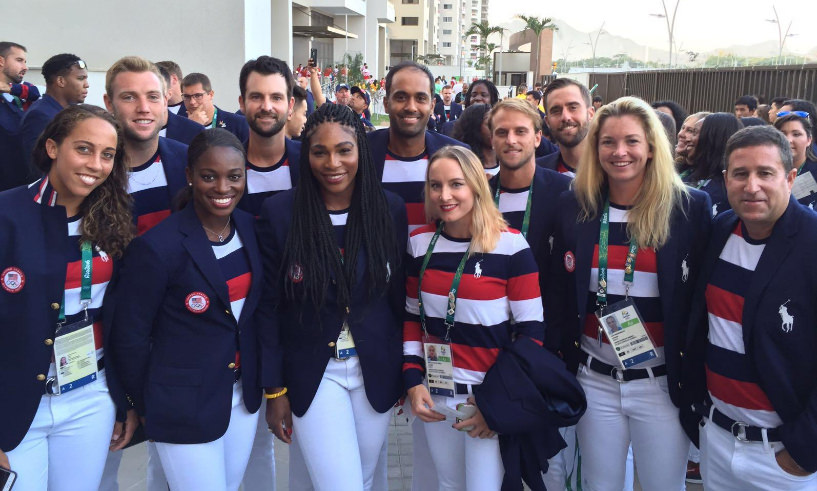 Team USA dominated much of the doubles action at the Rio Olympics, coming away with two gold medals and one silver medal in men’s and mixed doubles.

Rio was an ordeal for Venus, who entered the Olympics with an illness, lost first round in singles and women’s doubles, but fought through to the mixed final to collect silver and a record fifth overall Olympics medal.

“It’s been an amazing experience, five Olympics for me,” said Venus, who tied the Olympic record for tennis medals, speaking to Reuters. “It’s surreal that I even came out with any hardware at all.”

Great Britain’s Kitty McKane won five medals in the 1920s. Venus’ partner Ram was notified he was making the trip to Rio only days before the start of the event after the withdrawal of the Bryan brothers.