The United States Professional Tennis Association-Florida Division (USPTA Florida) will showcase two adult alternative tournament formats, the Tiebreak Tournament and Fast 4, during the 2015 USPTA Florida Division Conference on May 27 at the Naples Beach Hotel and Golf Club in Naples, Fla.

Both singles and doubles play will be offered at the events, which will be held from 9 a.m. to 5 p.m.

“With the ever-decreasing participation numbers of our traditional competitive tournaments, it’s evident that players just don’t have the time to commit to two- or three-day events,” says Jason Gilbert, USTA Florida director of competitive tennis and USPTA Florida Board member. “USPTA Florida is excited to pilot half-day and one-day events that we hope will cater to the majority of our membership.”

The pilot events, to be held throughout Florida in 2015 by both USTA Florida and USPTA Florida, feature affordable entry fees ($15 per entry), prize money, and USTA Florida ranking points. The events in Naples will be followed by the convention kick-off and player party on that Wednesday night.

To register to participate go to http://tennislink.usta.com/Tournaments/TournamentHome/Tournament.aspx?T=169630.

To learn more about Tiebreak Tournaments, Fast4 or other adult alternative formats being piloted in 2015, go to http://www.ustafloridablog.com/tennis-game-changer-blog-give-us-feedback-alternative-adult-play-formats. 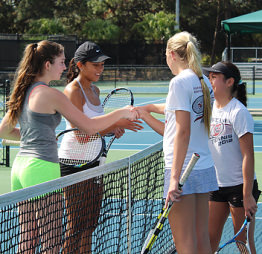 USTA Florida will bring its Team Tennis Challenge series to South Florida at Crandon Park Tennis Facility in Key Biscayne on April 25-26, 2015 for players between 7-18 years of age.

The event is “BYOT” (bring your own team), and teams do not need to have prior participation in a local league to participate. USTA members and non-members are invited to participate, and all players will receive a complimentary lunch on Saturday during the event.

“USTA Florida Team Tennis Challenges offer fewer restrictions, allowing more teams to participate,” said USTA Florida Associate Executive Director Andy McFarland. “They also give players who are not yet USTA members the opportunity to experience our events and programs, while offering a clear value proposition for our junior members.”

The two-day tournament will host divisions that will include 10-under advanced, 11-14, and 14-18, with three skill divisions: novice, intermediate and advanced. All age 11 to 18 intermediate/advanced teams need a minimum of two boys and two girls. 10-and-under advanced and all novice teams are gender-blind with a minimum of four players and a maximum of eight players.

For more information about Team Tennis Challenges, the facility/coach incentive program, and a list of upcoming events please visit: www.USTAFlorida.com/TeamTennisChallenges. 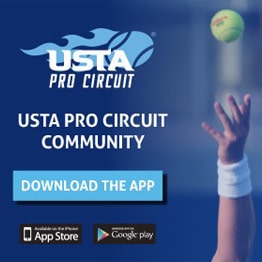 The winner of the wild card event will receive a main draw wild card for the The Sorensenrealestate.com Tennis Classic, which begins on April 28, 2015. The runner-up will receive a wild card into the qualifying of the USTA Pro Circuit event.

The wild card tournament is open to any male age 14 and over.

All singles matches will be two sets with a tiebreaker if needed. 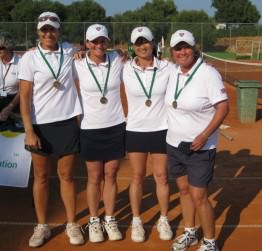 The 24 American athletes will be competing against players from 25 other countries. The ITF Young Seniors World Team Championships is the highest-ranked event on the ITF Seniors Circuit for male and female players in the age categories of 35-45, and will be held from March 16-29, 2015 in Antalya, Turkey.

Prior to this year, these championships had been part of the ITF Seniors World Team Championships. American teams will be defending titles in the Margaret Court Cup (Women’s 45) for third consecutive year, and the Dubler Cup (Men’s 45).

Below is a list of players representing the United States in each competition:

For more info go to www.itftennis.com/seniors/world-individual-championships/overview/young-seniors-related-documents.aspx