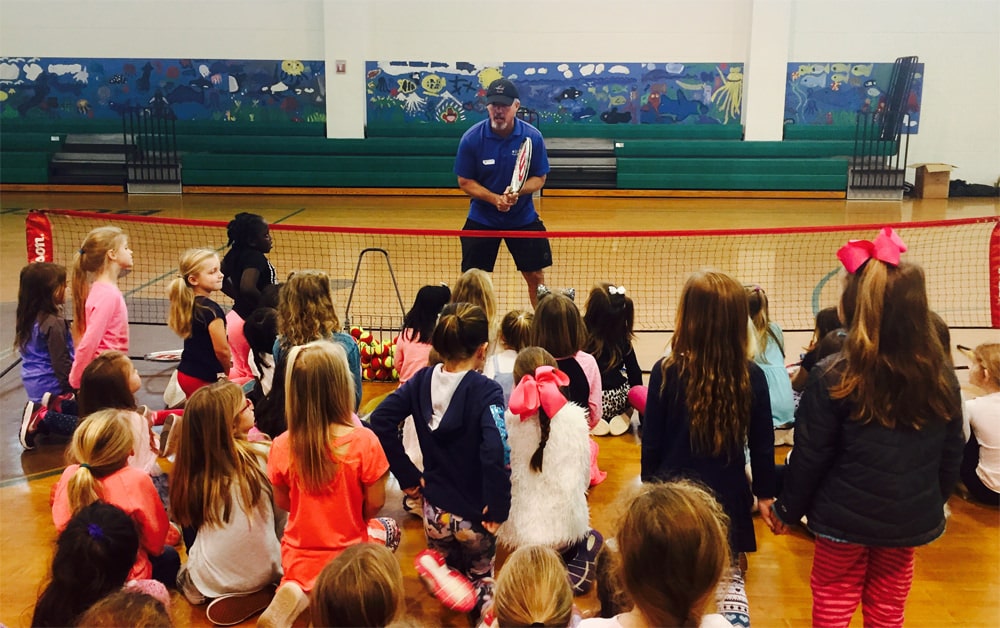 More than 750 children, many of who were exposed to tennis for the first time, got an introduction to the basics of the game earlier this week with modified equipment, courts sizes and game play when tennis made an appearance at Van R. Butler Elementary School’s physical education classes for the day in Santa Rose Beach, Fla.

Joe D’Aleo, director of tennis at TOPS’L Beach and Racquet Resort in nearby Miramar Beach on the Florida Panhandle, was joined by his wife Jessica in taking over the physical education classes and teaching tennis games and simple drills to classes of 140-150 kids each.

“It was a great day not only for the kids, but also showing P.E. teachers and coaches some very simple drills for large groups to work on hand-eye coordination with toss-bounce-catch, ‘Lobster Traps,’ then some fun ‘Survivor Island,'” said Joe D’Aleo, who worked with K-4th grade students.

“A few months ago I stopped by the school and found out that a prior P.E. coach took all the equipment that we had gotten for them from a USTA Florida Foundation grant,” he said. “So I told the staff that after the first of the year I would come teach the classes and donate some nets, balls, hoppers and more than 60 rackets so we can get it started again on behalf of USTA Florida and TOPS’L.”

The school visit was part of an effort nationwide to connect tennis clubs or facilities to schools, creating a link for parents to get children involved in 10 and Under Tennis, Junior Team Tennis leagues or other programming to stay active. TOPS’L staff for years have performed outreach to local schools, resulting in local thriving junior tennis programs at all levels.

“I always enjoy giving back to a game that has done so much for me, and it is always a highlight to see the joy and happiness on the kid’s faces having so much fun,” D’Aleo says. “At the end of each class, Jessica and I got so many hugs and ‘thank yous,’ and we’re already looking forward to the next time we come back.

“I would highly recommend all tennis teaching professionals reach out to their local schools, teach some P.E. classes, and when you replace equipment, donate the old equipment to schools.”

Kiwi Charity Tennis to Feature Bryans, Hobgoods in ‘Battle of the Brothers’ 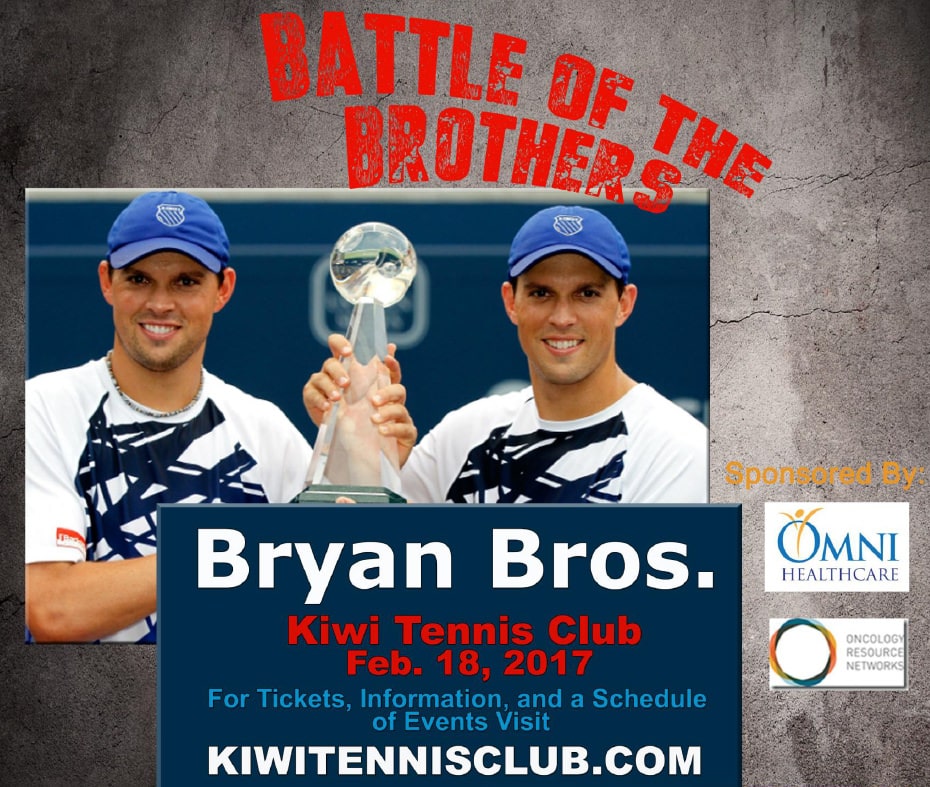 Kiwi Tennis Club in Indian Harbour Beach, Fla., will host the “Battle of the Brothers” on Feb. 18, 2017, featuring a Celebrity Pro-Am with the Bryan brothers, former world No. 1s Bob and Mike, and the Hobgood brothers, local surf legends C.J. and Damien.

All proceeds from the event will benefit the Jess Parrish Medical Foundation and the Conquer Cancer Foundation of the American Society of Clinical Oncology.

The event will include a pro-am, the Celebrity Pro-Am, tennis clinics, an exhibition match, a meet and greet with celebrities, and more. The event is sponsored by Omni Healthcare and Oncology Resource Networks.

The Bryan brothers, who have this week advanced to the Australian Open final in Melbourne, are the most successful doubles pair of all time with 16 Grand Slam titles, an Olympic gold medal at London in 2012, and the Davis Cup title in 2007. They finished as the ATP World Tour year-end No. 1 doubles team a record 10 times, and reached a record seven consecutive Grand Slam finals in 2005-06.

C.J. and Damien Hobgood started surfing at age 6. C.J. won the 2001 world championship title, and Damien finished fourth in the world rankings in 2005. C.J. is a former “Breakthrough Surfer of the Year” award winner from Surfer Magazine’s reader’s poll.

For tickets or more info go to www.KiwiTennisClub.com. 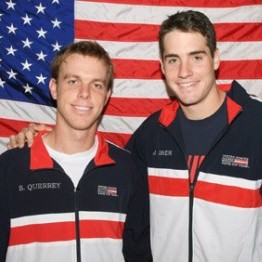 Even without the Bryan brothers, doubles legends Bob and Mike who recently announced their retirement from Davis Cup play, the U.S. Davis Cup team will be overwhelming favorites on Feb. 3-5, 2017, when they host Switzerland in Legacy Arena at the Birmingham-Jefferson Convention Complex in Alabama.

Swiss former world No. 1 Roger Federer and Stan Wawrinka, who faced off this week in the semifinals of the Australian Open, will not compete in the tie, leaving a heavy burden on No. 128-ranked Marco Chiudinelli, No. 133 Henri Laaksonen, No. 488 Adrien Bossel and No. 612 Antoine Bellier, who were nominated to the team by Swiss Davis Cup Captain Severin Luthi.

U.S. Davis Cup Captain Jim Courier announced that world No. 19 John Isner, No. 20 Jack Sock, No. 30 Steve Johnson, and No. 32 Sam Querrey will represent the U.S. in the World Group first-round match-up.

“We’re going to be led by our top four singles players,” Courier said. “It’s going to be an awesome weekend.”

The U.S. is 3-1 against Switzerland in Davis Cup. The U.S. won their most recent meeting 5-0 in 2012 on red clay in Switzerland, where Isner upset Federer, and Mardy Fish upset Wawrinka.

The winner of next week’s tie will advance to the World Group quarterfinals on April 7-9 against either the Czech Republic or Australia.

For more info or tickets go to www.usta.com/daviscup.