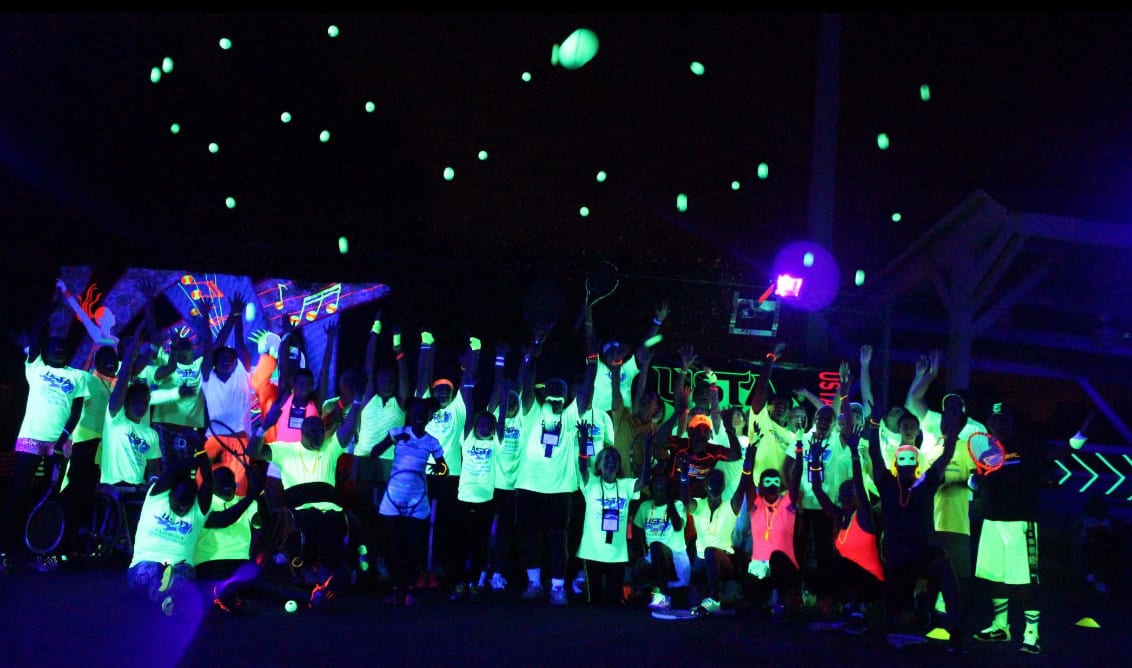 Roger Scott Tennis Center in Pensacola will glow in the dark when the 2016 USTA Florida “Lights Out Tour” featuring XGLOsive Tennis makes a stop on the Florida Panhandle in May.

The glow-in-the-dark spectacular, open to the public and for all ages, is guaranteed to leave smiles on the face of adults and children alike on May 6, 2016, from 8-10:15 p.m.

Participants will receive glow-in-the-dark t-shirts, and are encouraged to wear white or pastel-glow-colored clothing, wristbands, shoes or other accessories.

“XGLOsive was featured at the USTA Florida Annual meeting and everyone had a great time,” said organizer Terry Thrash. “We just wanted to bring that experience to Pensacola tennis. No tennis experience necessary, just come ready for an active, fun time.”

“XGLOsive is the mix of tennis and a party,” says Jason Cordova, founder of XGLOsive LLC. “I love seeing the amazed look on everyone’s face when we flip on the black lights on the courts.”

For more event information or to sign up go to https://xglorogerscott.eventbrite.com. 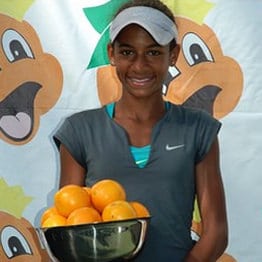 Two Florida boys and two Florida girls will feature in Junior Davis Cup and Fed Cup (age 16-and-under) and World Junior Tennis (14-and-under) play when the U.S. hosts the regional qualifying rounds for the events on April 28-30, 2016 at the USTA Training Center-Headquarters in Boca Raton, Fla.

Hallendale Beach’s 14-year-old Amanda Anisimova, coached by Nick Saviano and parents Konstantin and Olga Anisimova, will be on the U.S. Junior Fed Cup team when they take on Canada, Mexico, and Puerto Rico. Also on the team are Claire Liu (15, Thousand Oaks, Calif.; Coaches: Mike Gennette, Adam Peterson) and Caty McNally (14, Cincinnati; Coach: Lynn McNally). The team will be captained by Adam Peterson. Anisimova is the No. 5-ranked junior in the world.

Hollywood’s 14-year-old Nicholas Garcia, coached by Andy Brandi and Juan Angel Garcia, will be on the U.S. World Junior Tennis boys’ team when they take on Canada, Mexico, and Puerto Rico. Also on the team are Stefan Leustian (14, Mather, Calif.; Coach: Vitaly Gorin) and Alex Lee (14, Oak Brook, Ill.; Coach: Lance Luciani). The team will be captained by Eric Nunez.

Bradenton’s 14-year-old Whitney Osuigwe, coached by Desmond Osuigwe, will be on the World Junior Tennis girls’ team when they take on Canada, Mexico, and Guatemala. Also on the team are Naomi Cheong (13, Las Vegas; Coach: Henner Nehles) and Alexa Noel (13, Summit, N.J.; Coaches: Frank Salazar, Vesa Ponkka). The team will be captained by Jean Desdunes.

The North/Central American and Caribbean Final Qualifying rounds — three days of round-robin play, with each match-up consisting of two singles matches and one doubles match — will be played on the USTA Training Center’s green clay courts. The top two countries from each four-country pool will advance to the Junior Davis and Fed Cup Finals (Sept. 27-Oct. 2 in Budapest, Hungary) and World Junior Tennis Finals (Aug. 1-6 in Prostejov, Czech Republic). 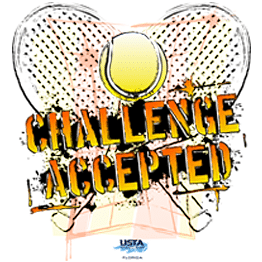 Tennis coaches and parents in Miami, Broward and Palm Beach counties will have an opportunity for their team tennis players when Sunrise Tennis Club in Sunrise, Fla., hosts the South Florida Regional Team Tennis Challenge on May 14-15, 2016.

A minimum of four players per team is required for all divisions with a maximum of six players. The event is open to all players, with no local league play required.

This is a recreational USTA Florida event, but USTA membership is not required. The cost is $45 per player and all participants will receive a t-shirt and lunch the first day.

“Team Tennis Challenges are fun and a great opportunity for players of different areas of the state to play against different teams and meet other players,” says USTA Florida Junior Team Tennis Coordinator Liz Coates. “We’ve had more than 400 children playing in the local leagues for the Miami, Broward and Palm Beach counties, and what an amazing experience it can be to have them all playing during this event.”

Team captains are encouraged to register their teams as soon as possible. Registration closes on May 8, 2016.

For more information or to register visit: https://www.ustaflorida.com/event/usta-florida-regional-team-tennis-challenge/ or contact Liz Coates at coates@ustaflorida.com.