Coaches can get their teams ready, and players can prepare for the 2015 Florida high school tennis season by participating in the USTA Florida High School Team Tennis Challenge, to be held Jan. 31-Feb. 1, at Sanlando Park in Altamonte Springs.

The two-day round robin event, presented by Wilson Racquet Sports, WILL NOT affect high school eligibility. Students are advised to check high school regulations and consult with their school athletic director.

This is a recreational USTA Florida event and not a sanctioned FHSAA event, and players cannot wear school uniforms.

As a fundraiser schools can earn cases of tennis balls by bringing multiple teams. Teams are gender specific and must be 4-6 players, with two lines of singles and two lines of doubles per match. Skill divisions will be intermediate and advanced.

The scoring format will be one 6-game set with a tiebreak at 5-5, and regular-ad scoring.

The wild card tournament winner will receive automatic entry into the main draw of the Daytona Beach $25,000 Women’s Open, to be held Jan. 18-25, 2015 at the Florida Tennis Center in Daytona Beach.

The wild card tournament finalist, as well as the winner between the back draw champion and 3rd place finisher will receive entry into the qualifying tournament. 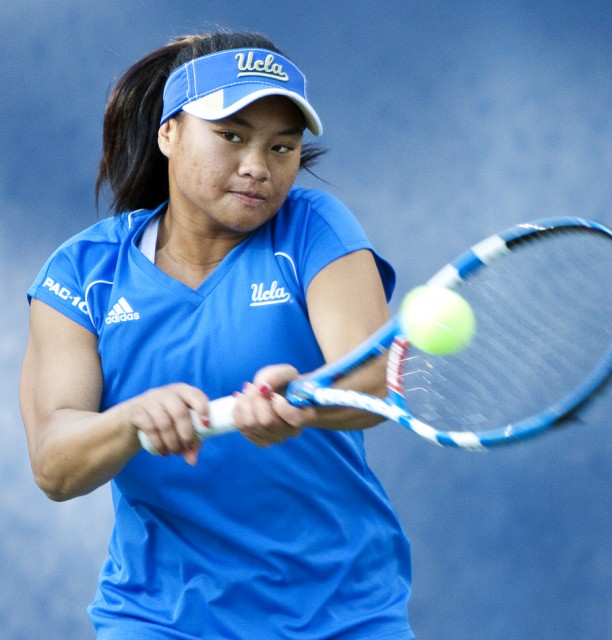 Each match consisted of two men’s and two women’s singles matches, one women’s and one men’s doubles match and a mixed doubles match. Complete results from all three days can be found by visiting the Master’U BNP Paribas website.