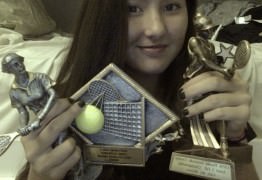 Here are the team and overall singles and doubles individual champions in Class 1A-4A play:

Notes: Anna Bright is a freshman at West Boca High. “I was so happy when I won,” Bright told the South Florida Sun-Sentinel. “I completely expected to be the state champion.” It was the first singles and doubles state tennis titles for West Boca High. Bright has been home schooled prior to her first year at West Boca.

Notes: Kristina Zieglar is a freshman and did not drop a game in the Girls’ Overall Singles final, also going undefeated during the season. The Pine Crest girls defeated the 2014 state champions Gulliver Prep 4-1 in their regional final.

Notes: The girls tandem of Moreno/Waller win the first state championship for Academy at the Lakes, a private school in Land O’ Lakes, Fla. The Boys’ Overall Singles champ Litsky, a junior, is headed to Brown University. For Sagemont it is the third boys’ title in four years.

For more info or results go to www.fhsaa.org/sports/tennis. 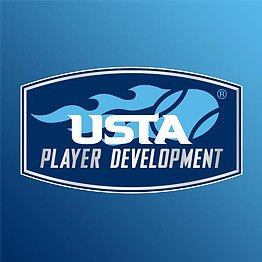 Florida players in attendance with their personal coaches:

The USTA conducts various camps throughout the year. Players receive training and coaching from the USTA National Coaching Staff as well as from guest coaches, designed to inspire, motivate and assist players in reaching their highest level. Player activities include drilling and match play, as well as on-court and off-court conditioning.

“This event supported the worldwide effort to bring attention to the need for elimination of all nuclear weapons,” said one of the organizers, local junior tennis coordinator Anne Koterba. “The Global Wave involves simple public actions in cities around the world to ‘wave’ goodbye to nuclear weapons.”

Sport for Development and Peace on April 6.

“The video taken at our local event will be shown in front of all the world leaders attending the U.N. meetings,” Koterba said. “We hit a total of 16,000 tennis balls, each ball symbolizing one of the 16,000 nuclear weapons still in existence in the world today.”

Addison Staples, GACTA executive director, said the organization sponsored the unique community tennis event in support of Global Wave 2015 because “the platform and power of sport can serve as a voice to larger social issues that can be leveraged in bringing awareness to important topics such as peace.”

The day included a free USTA Play Day for junior players which transitioned later in the day into a community tennis event.

For more info go to: