The winner of the wildcard tournament will receive a main draw wildcard for the $10,000 Harbour Island Athletic Club & Spa Men’s Clay Court Championships on May 12-17.

The wildcard draw size will be limited to 32, with an entry fee of $70. Entry deadline for the event is April 29 at noon.

There is no charge for admission to the wildcard event, tournament qualifying or main draw play. Harbour Island Athletic Club & Spa is located at 900 S. Harbour Island Blvd. in Tampa. 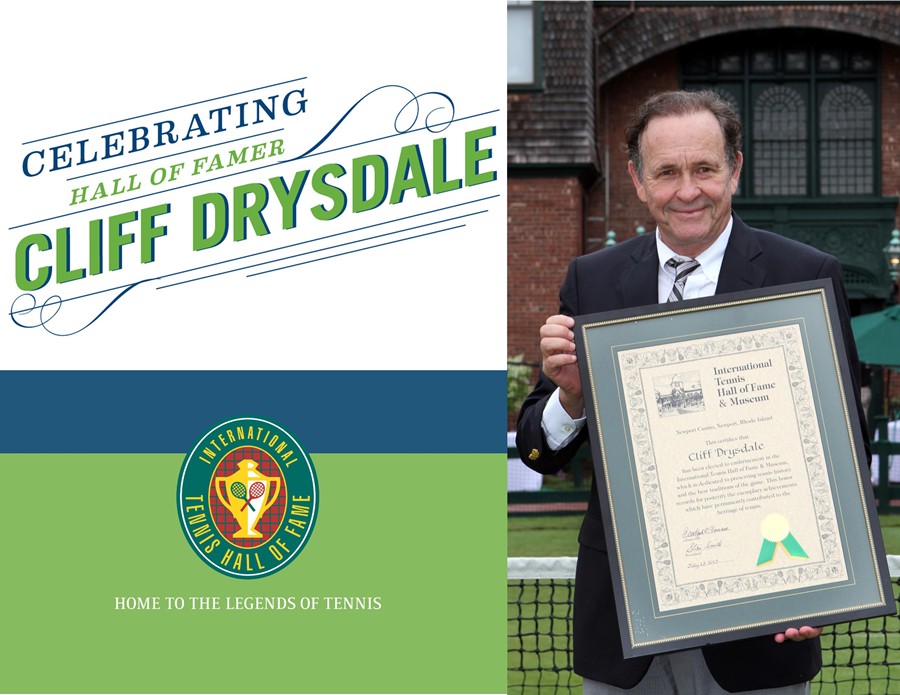 The International Tennis Hall of Fame will honor Hall of Famer Cliff Drysdale with a cocktail reception and dinner on March 25, 2015, in Miami during the ATP/WTA Miami Open.

Tickets are $400 per person, or a table for 10 for $4,000, with proceeds to benefit the International Tennis Hall of Fame.

Drysdale was inducted into the International Tennis Hall of Fame in 2013 in recognition of his many contributions to tennis, notably his broadcasting career with ESPN as one of the most respected voices of the sport, his leadership role in the launch of the ATP, and a successful playing career.

The event will be hosted by the Four Seasons Hotel Miami, with cocktails at 7 p.m. and dinner at 8 p.m. RSVP deadline is March 18.

Mary Joe Fernandez will serve as master of ceremonies for the event, joined by a list of honorary co-chairs including Chris Evert, Darren Cahill, Jack Nicklaus and more.

For tickets or more information go to www.tennisfame.com/CliffDrysdale.