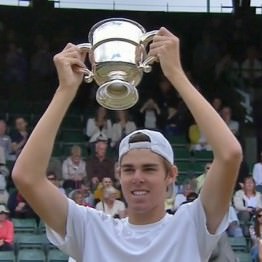 Florida players brought home both of the U.S. titles at Wimbledon over the weekend as world No. 1 and Palm Beach Gardens resident Serena Williams won her sixth title at the All England Club in women’s singles, and Palm Coast native Reilly Opelka won the boys’ singles.

Opelka was also runner-up in the boys’ doubles.

Here are the 2015 Wimbledon champions: 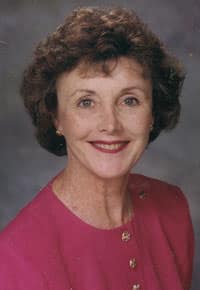 Last year recognized for 15 years of volunteer service to the USTA Florida Section and the USTA national body, tennis trailblazer and volunteer Margaret (Peggy) Welch Beard died on July 9, 2015 at age 75 after a battle with lung cancer.

Beard’s most recent service in Florida was as a board member for the USTA Florida Foundation, the official giving arm of USTA Florida.

Born in St. Petersburg, Fla., in 1973 she and her family moved from Massachusetts back to St. Petersburg to join her father in founding Welch Tennis Courts, which they grew to become the largest tennis court construction firm in the U.S., before selling in 1994. She was active in the United States Tennis Court Builders Association, where she served as its first woman chairman. She was the first woman to be designated a Certified Tennis Court Builder, and was awarded their Lifetime Achievement and Industry Merit Award.

She represented USTA Florida as USTA national’s first woman serving on its Technical Committee for 24 years, including four years as chairman and four years as vice chairman, and most recently through 2014 served six years on the International Tennis Federation (ITF) Technical Commission in London. In July 2011 she was recognized as a “Pioneer in Tennis” by Racquet Sports magazine.

In regard to her favorite tennis memory, she said, “Tennis has been an important part of your life for over 40 years, and there are too many memorable tennis-related experiences to choose from. But I guess my top choice would have to be winning the “B” mixed doubles tournament at our club after playing tennis only two years. The second-most memorable would be meeting Roger Federer at the 2010 French Open in conjunction with an ITF Technical Commission meeting in Paris. Tennis has afforded me so many opportunities to meet and work with nice people.”

“Peggy devoted a good deal of her life to giving back to the game we all love, and her passion and enthusiasm will be sorely missed,” said USTA National President Katrina Adams. “Our sympathies go out to Peggy’s family and her many friends.”

Peggy requested that in lieu of flowers, please make a donation to the St. Pete West Rotary Charities or Suncoast Hospice Foundation. The family is hosting a memorial/celebration of life event on July 25. For more information, please contact bob.beard@envirocap.com or (813) 361-9083.