Jr. Profile: Tampa’s Vasil Kirkov All Over the Globe 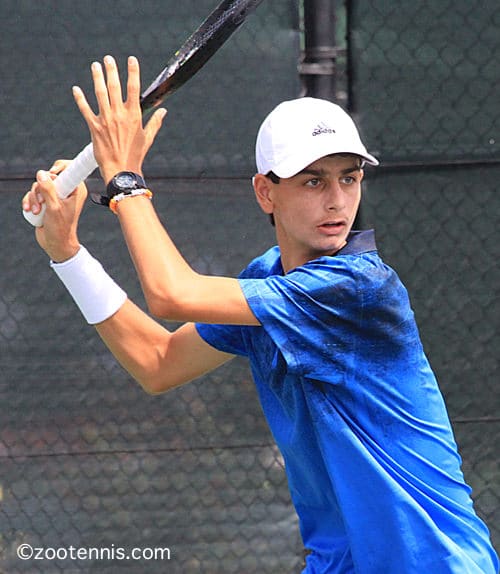 Sixteen-year-old Vasil Kirkov of Tampa has gone from the red clay of Madrid, Spain to the blue hard courts of Tulsa, Ok., this month, adding to his already extensive international experience on the International Tennis Federation Junior Circuit.

Kirkov, a member of the USTA National Junior Team, was selected to compete for the USA’s 16-and-under team in the ITF’s Junior Davis Cup competition in Spain. Illness and injury forced Kirkov into the team’s No. 1 singles position during the latter stages of the event, which saw the U.S. finish seventh in the field of 16 teams from around the world.

The 2015 USTA 18s Clay Court Doubles Champion arrived in Tulsa for the ITF Grade B1 Pan American Closed in need of a doubles partner, with his regular partner, Sam Riffice, out with an injury suffered in Spain. Fortunately for Kirkov, Brandon Holt received a wild card into the tournament. Holt, the son of Scott Holt and two-time US Open women’s singles champion Tracy Austin, had reached the US Open boys doubles final in September and won a Futures title earlier in the month, but his regular partner, Riley Smith, was not playing the Pan American Closed.

Kirkov lost to the eventual champion Holt in the second round of singles, but they captured the doubles title despite their lack of experience as a team.

In the final, against No. 6 seeds Sebastian Arcila of Puerto Rico and Gerardo Penchyna Cardenas of Mexico, the unseeded Americans eked out a 6-4, 2-6, 10-8 victory. It was the only match Kirkov and Holt played during the week that went to a match tiebreaker.

“It was a fun experience,” said Kirkov, who was taught the game by his father Stoyan and trains with Sylvain Guichard at the USTA National Center in Boca Raton. “I didn’t know I was going to play with him until maybe a week before, when Sam got hurt in Spain. I was glad I picked up a good partner at the last minute. I was really happy that he needed a partner, since he was in the finals of the US Open.”

With the title, Kirkov moves into the ITF Junior Top 100 for the first time in his young career. 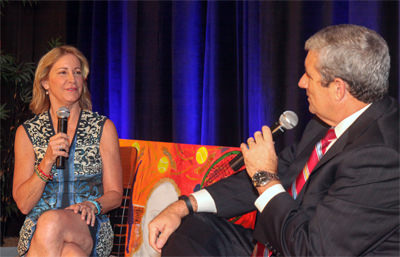 The 19th Annual Current Sherman Champions for Children Gala, the fundraiser for the MaliVai Washington Youth Foundation in Jacksonville, Fla., raised a record $291,000 on Oct. 15, 2015 at Florida Blue Conference and Convention Center in Jacksonville.

The event brought out nearly 600 attendees and was followed by a Tennis Pro-am on Friday morning at San Jose Country Club. During the Gala 18 MWYF students were recognized for their accomplishments and awarded $51,500 in college scholarships. The six graduating seniors of the program have collectively earned over $100,000 throughout their time at the foundation.

“Many thanks to all of my friends and family for a tremendous amount of support at the 2015 MaliVai Washington Youth Foundation gala,” Washington said. “Thanks to the Current Sherman Group, Florida Blue, Brumos, Mercedes Benz, USTA, the USTA Florida Section, and so many others who chose to invest in Jacksonville’s youth. You all helped raise a huge amount of money for a great group of students.” 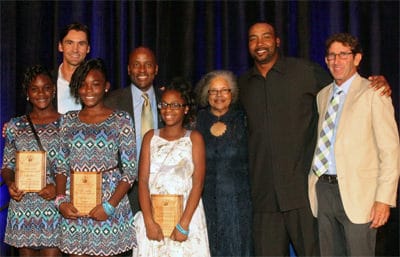 MaliVai Washington (back, second from left) with guests and student members of the Compassion Club

Chris Evert was the featured guest and speaker for the evening, joined by celebrities such as former Jacksonville Jaguar Tony Brackens, former tennis pro Mashona Washington, and retired ATP World Tour players Amer Delic and Brian Gottfried, among others.

The event included a silent and live auction with items such as private tennis lessons and lunch with Chris Evert, a putting lesson with Jim Furyk, 2016 US Open President’s Box Tickets, a new Mercedes, and several vacation packages.

The MaliVai Washington Youth Foundation is a local, non-profit youth development organization which operates the Tennis-n-Tutoring (TnT) after-school program in the Durkeville area of Jacksonville, where incidents of teen pregnancy, juvenile crime, assault and murder occur at rates roughly 3.5 times the national average.

The TnT program provides more than 200 under-served youth in the community with free homework assistance, tennis lessons and life skills classes for grades K-12 from Monday-Friday. The mission of the MaliVai Washington Youth Foundation is to develop champions in classrooms, on tennis courts and throughout communities.

For more info go to www.malwashington.com.