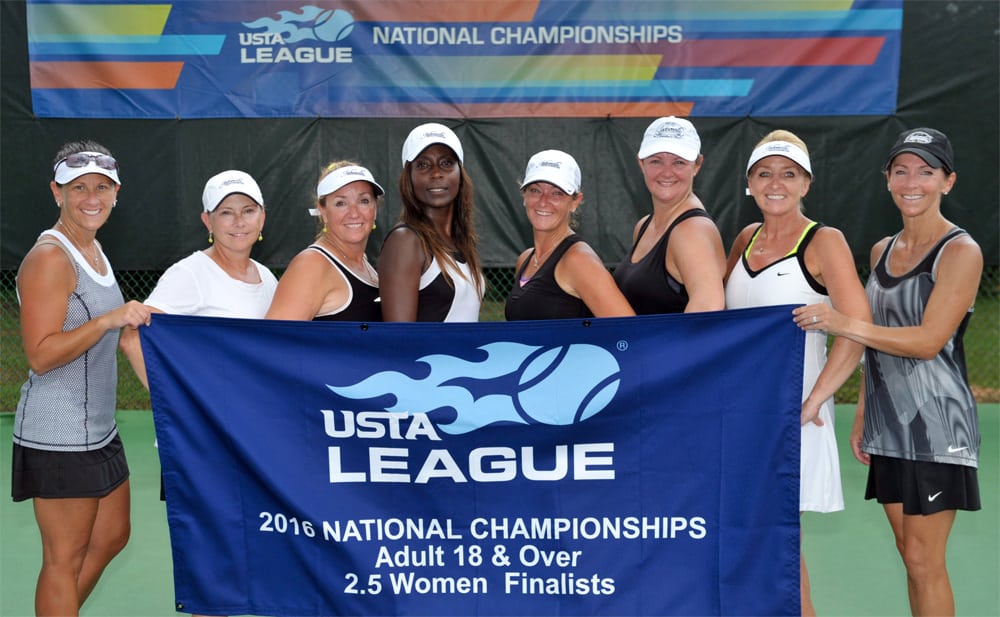 Florida teams posted runner-up and third-place finishes in two of five divisions over the weekend at the USTA League Adult 18 & Over 2.5/4.0/5.0 National Championships, held in Mobile, Ala., and Rancho Mirage, Calif.

The women’s 2.5 team from Duval County, the Jacksonville Golf & Country Club, ran all the way to the final of the USTA League Adult 18 & Over 2.5 National Championships in Mobile, Ala., before they were stopped 3-0 in the championship match by the USTA Pacific Northwest Section (Bellevue, Wash.) 3-0.

In the semifinal the Florida women edged the USTA Southern Section (Knoxville, Tenn.) 2-1 to reach the championship match. It was the second straight year that Duval County/Jacksonville won the women’s 2.5 title at the Florida Section level. 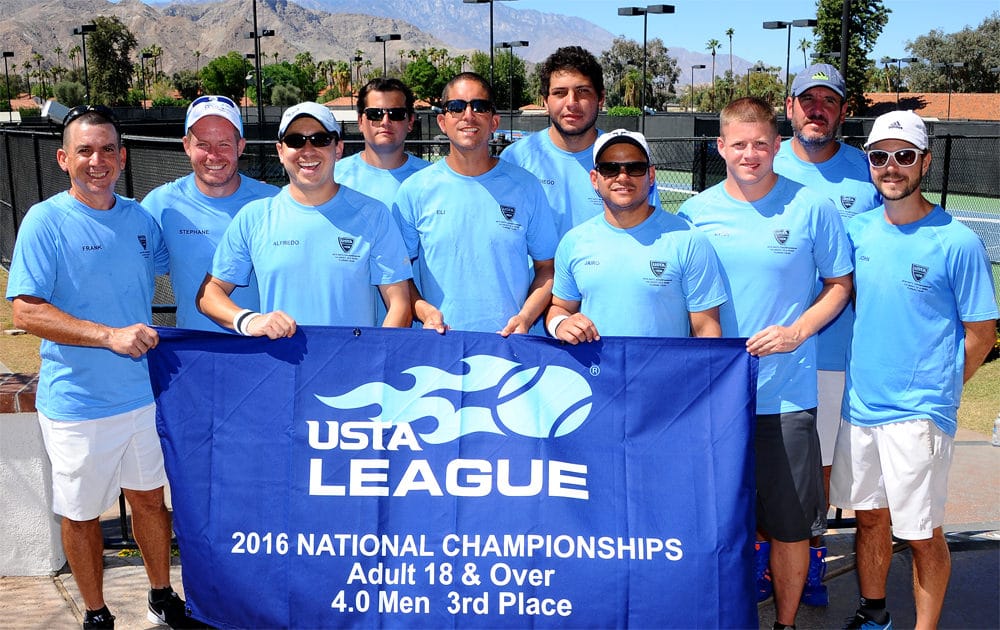 The 2016 USTA League season will be the fourth season with an updated structure and format that offers four age categories (Adult 18 & Over, Adult 40 & Over and Adult 55 & Over and Mixed 18 & Over) to better align participants with players their own age. A fifth age division, the Mixed 40 & Over, was added in 2014.

For more info go to www.usta.com/Adult-Tennis/USTA-League/National-Championships/usta_league_national_championships_results. 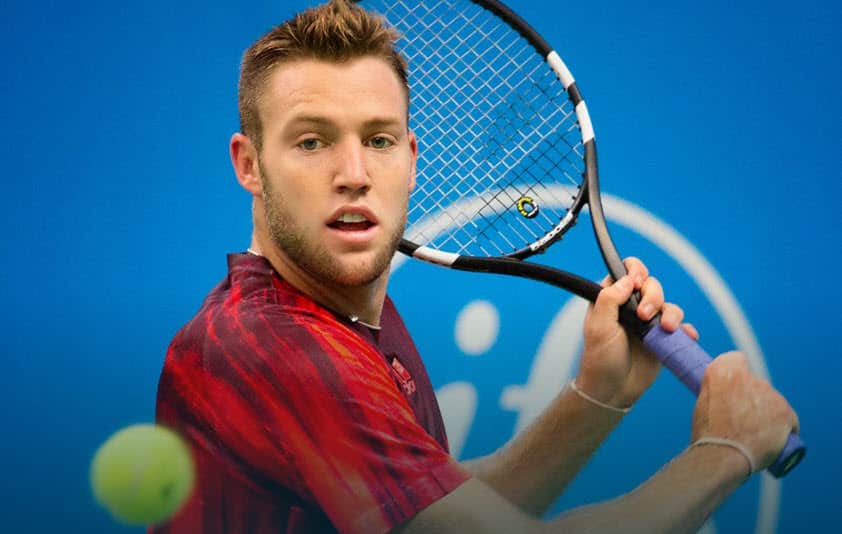 Former US Open champ Juan Martin del Potro, U.S. No. 2 Jack Sock, and former champ Ivo Karlovic are among players recently confirmed for the 25th-year anniversary of the Delray Beach Open, which will be held on Feb. 17-26, 2017.

Del Potro and Karlovic won titles in Delray Beach in 2011 and 2014, respectively. The three join Wimbledon finalist and world No. 6 Milos Raonic and the all-time No. 1 doubles tandem Bryan brothers.

“This is an amazing start for us — to have such an outstanding group of players this early in our planning,” said Tournament Director Mark Baron. “We are thrilled that Juan Martin had great experiences in his previous trips to Delray Beach and that he’s eager to play here again. We will continue to sign additional top players who want to make our tournament their destination in February.”

The tournament is featuring its series packages that include tickets for all 17 sessions at a discounted price. The 10-day event begins with three days of ATP Champions Tour competition featuring legends of the game, and then showcases a full seven days of ATP World Tour action.

For tickets or more info go to www.YellowTennisBall.com.