“Our ‘Speak Through Sports Kids Adaptive Tennis Play Day’ was a success,” said grant recipient Julia Tosi of The Parker Foundation for Autism and Child Development in Indian Harbour Beach, Fla. “Thanks for all that you did to support our concepts and program! It would not have been made a reality without you!”

“The USTA Florida Foundation’s ability to award grants to organizations like these is made possible through friends of tennis who show their love of the game with the ‘Play Tennis’ license plate on their car or other vehicle,” says USTA Florida Foundation Director Linda Curtis. “These are the people and players that champion our mission of ‘Changing Lives through Tennis.’ If you don’t have a ‘Play Tennis’ license plate, visit your local DMV today to get your tag and be a supporter of grassroots tennis in Florida.”

Since 2010, USTA Florida and the USTA Florida Foundation have awarded more than $1,000,000 in grants for tennis programs serving people of all ages and abilities throughout Florida.

Indian Harbour Beach — The Parker Foundation for Autism and Child Development
Grant: Equipment grant for 10 and Under Tennis and youth tennis racquets, balls and nets.

The USTA Florida Foundation’s mission is “Changing Lives Through Tennis,” providing financial support through organizational grants that help Floridians of all ages and abilities improve their health and quality of life through the game of tennis. It is the USTA Florida Foundation’s belief that tennis provides opportunities for healthy social, emotional, physical and educational development, and encourages peer and family participation. 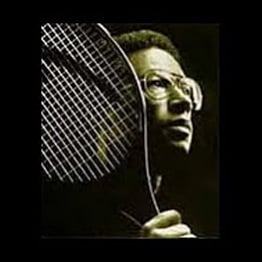 The USTA Foundation will again honor Arthur Ashe, his legacy of the National Junior Tennis and Learning (NJTL) program — a network of youth-serving organizations that provide tennis and education for all — and his many advocacy efforts during his lifetime with the 2016 Arthur Ashe Essay Contest.

Ashe was an American hero fighting battles both on and off the court. He broke barriers in the tennis world, becoming the first African-American male to win a Grand Slam tournament and finishing his career with three Grand Slam titles, including the 1968 US Open.

Off the court he was a social activist taking on issues like racial prejudice, AIDS, apartheid and education. His wish was for NJTL to be a resource for kids to develop skills for leadership and academic excellence.

This year’s essay question includes Althea Gibson who was an American tennis player and professional golfer, and the first black athlete to cross the color line of international tennis at a time when racism and prejudice were widespread in sports and in society. In 1956 she became the first person of color to win a Grand Slam title (the French Open). The following year she won both Wimbledon and the U.S. Nationals (precursor of the US Open), then won both again in 1958, and was voted Female Athlete of the Year by the Associated Press in both years.

In all, she won 11 Grand Slam tournaments, including six doubles titles, and was inducted into the International Tennis Hall of Fame and the International Women’s Sports Hall of Fame. Her ability to show unwavering strength and courage in the face of adversity enabled her to become a trailblazer in the tennis world.

This year’s question for young essay writers is: How have your skills in tennis impacted the development of your character and how you address your personal challenges on and off the court?

Entries are due by July 8. For complete rules and deadlines, go to www.ustafoundation.com/AAEC.