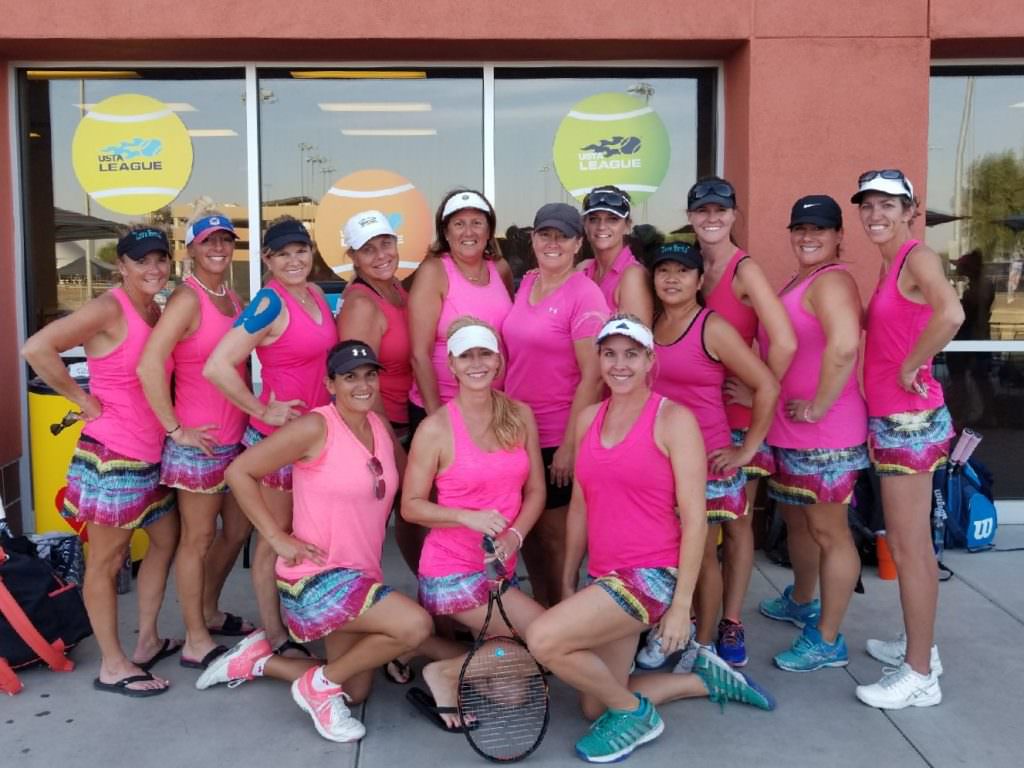 Alison and Ashley of Tampa are blogging this weekend from the USTA League 18 & Over 3.0 National Championships at the Surprise Tennis and Racquet Complex in Surprise, Ariz.

What a Friday morning! Florida girls took all five lines against USTA Northern! Our girls shook off the first match jitters and rocked it! Weather was fantastic! Sunny and 70 degrees with a slight breeze.

For player gifts, we are giving each player we play a little taste of Florida: a mini bottle of Florida Cane vodka (which comes in a really cute bottle) and Florida orange juice. Wrapped up together in a cellophane bag and orange ribbon. Northern gave our girls some Minnesota playing cards and a blow pop. Thanks, Minnesota!

Shannon and Kelly at Line 1 doubles were strong as steel. They not only put everything away at the net, they were super friendly. They even won the USTA Sportsmanship award! They both received a cool pin to put on their tennis bags.

Nikki and Pam at Line 2 had an intense match and communicated so well on the court. They hustled to every ball, and played with heart and dogged determination. It paid off with a solid win! Way to go!

Wendy and Tabetha at Line 3 played like beasts at the net. Nothing got by them! These girls fought hard and outmatched their opponents. Great job! It was a fight until the very last point.

Line 2 singles was Ashley. She said she had to adjust her game to play on hard courts. We are used to sliding on the clay when we go for the ball. I guess the adjustment worked! She dominated.

Jackie at Line 1 singles battled it out from the baseline. Steady was the name of the game for both her and her opponent. The longest match of the morning, they had an audience of both teams cheering them on. Being the amazing competitor that she is, Jackie came out in top. Great job, Captain Jackie!

The real highlight of the day was during our afternoon match against Southern California! We all played hard and took four courts. Kim and Andrea were the show stoppers! They lost their first set but made an epic comeback in the 2nd set, winning 7-5 and sending them into a tiebreaker! The thrill didn’t end there, as the tiebreaker was neck and neck until the very last point! The crowd went wild! This was the kind of tennis people pay to watch! We are so proud of their grit and determination! Andrea sets the ball up and Kim puts it away like nobody’s business!

After dinner some of us went out to eat and others went to check out a local country concert! State 48 is the restaurant we chose and it was amazing! The server could not have been better and we ate the best burger we have ever had! They add something to it called fancy sauce and it should be renamed awesome sauce! 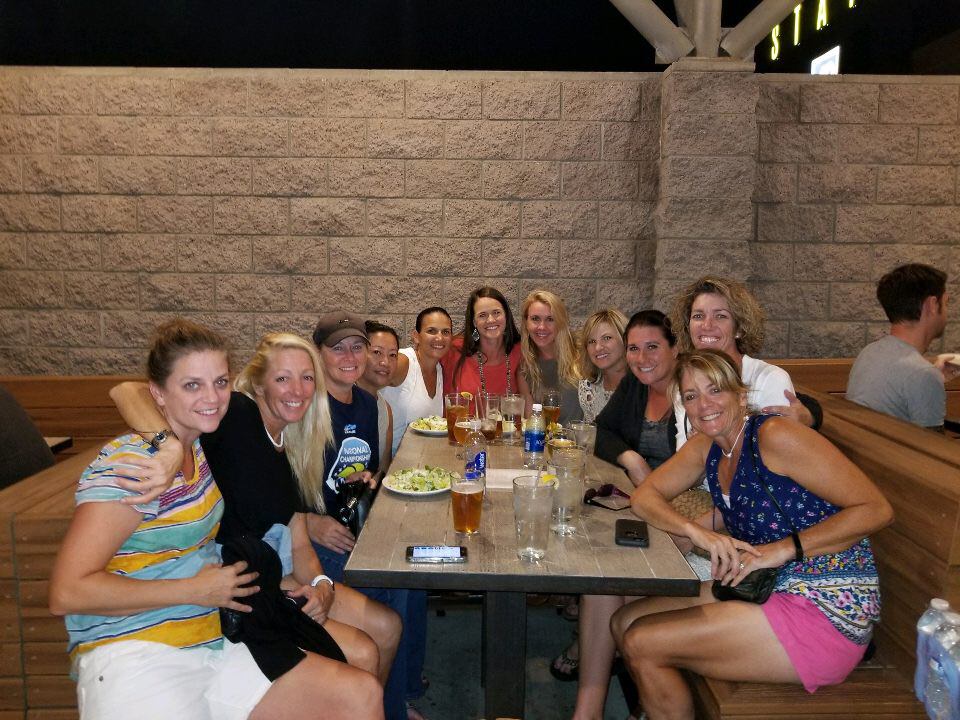 It was a fun night laughing and being together, we love each other on and off the court! The girls that went to the concert reported back that it was pretty cool and the weather was amazing to be outside! Even the girl who didn’t like country music was having a great time!

We better head to bed, need to be well rested for our match is tomorrow! See you at the courts! #BelieveIT