At the Surprise Tennis & Racquet Complex, the Mixed 40 & Over 8.0 team from Pinellas (Safety Harbor Resort and Spa, Safety Harbor) defeated a team representing USTA Eastern (Tenafly, N.J.) 2-1 in the championship match to earn the title of national champions and take home the trophy. Earlier in the day, the Hillsborough squad advanced to the final after a 3-0 victory over USTA Mid Atlantic (Wheaton, Md.) in the semis. 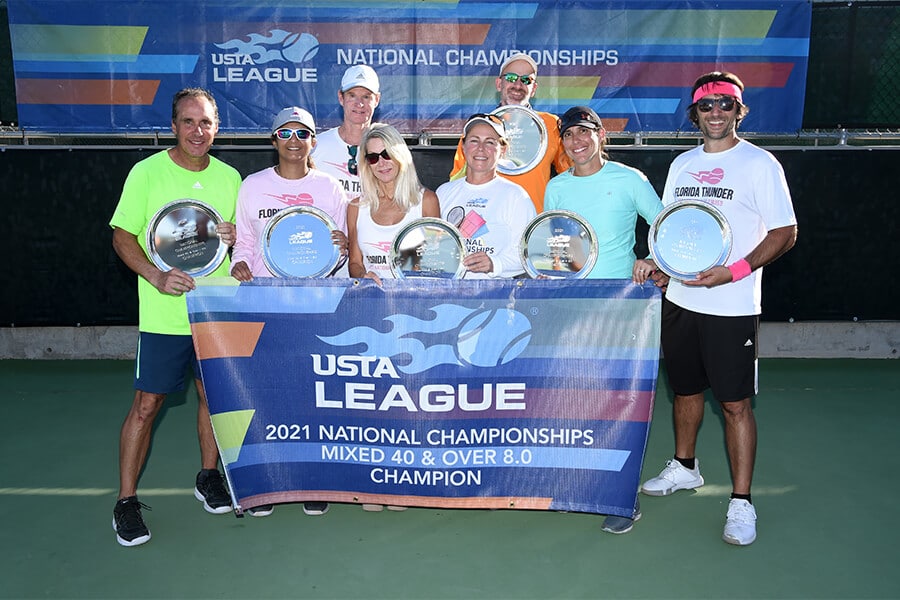 At the USTA National Campus in Orlando, the Mixed 40 & Over 9.0 team from Hillsborough (HCC Tennis Complex, Tampa) captured the national title after defeating a squad from USTA Texas (Austin, Texas) in the championship match. During the semifinals earlier in the day, the Tampa team earned a 2-1 victory over USTA Mid Atlantic (Washington, D.C.) to advance to the final. 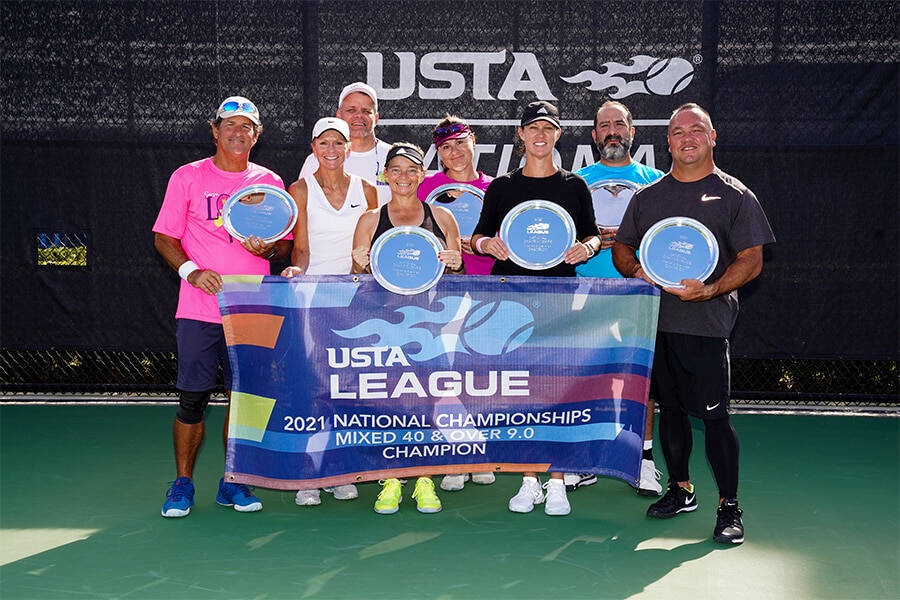