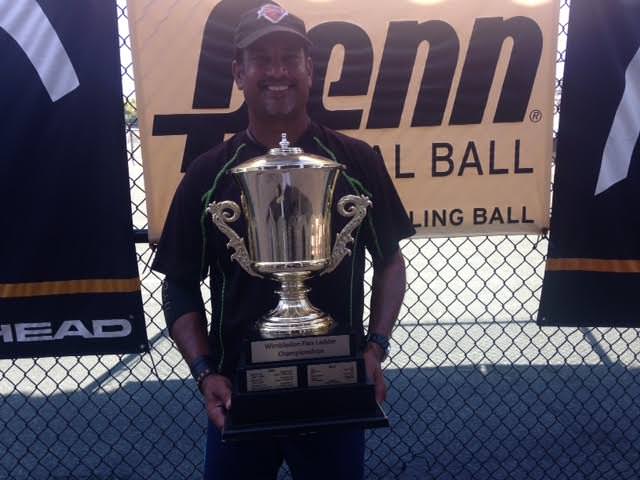 Named SLCC Wimbledon champions were John Ramdeen in 3.5 men’s singles and Ramdeen and Kim Northup in 3.5 mixed doubles. Due to weather-challenged conditions, Nancy and Mindy Strange and Kim Northup and Meg Clough were declared co-champions in 3.5 women’s doubles.

Masters winners receive tickets to the Miami Open, reserved parking space at the club, their name engraved on a club trophy, club t-shirt and the choice of a free beer or ice cream.

Signups are still open for Seminole’s US Open Championships. Contact the club by calling (727) 394-1733 or visiting www.seminolelakefamilytennis.com. 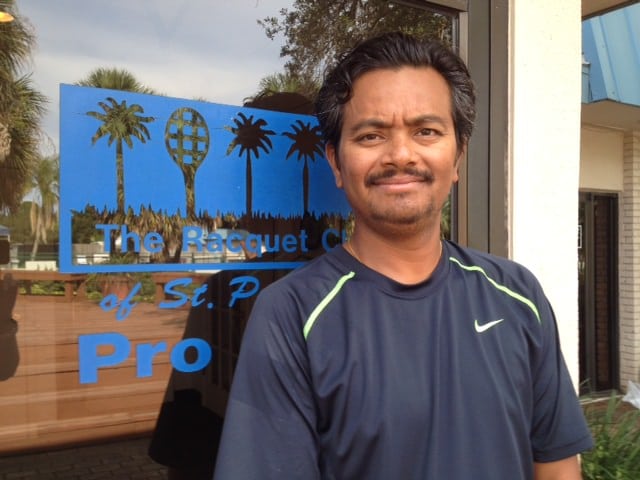 Shikha Singh was recently named to his first tennis club directorship when he accepted the role at the privately-owned Racquet Club of St. Petersburg.

“It was the best transition we could have hoped for because Kathy always kept me in the loop,” said Singh. “We have a terrific blueprint for the Racquet Club and I plan on adding a modern touch to things while infusing new energy and excitement to the club.”

Singh joined the Racquet Club in 2014 after a 12-year stint at the St. Petersburg Tennis Center. Before that, the Mumbai, India native defended the No.1 singles and doubles positions for Eckerd College in St. Petersburg. Prior to college, Singh achieved a No. 1 junior ranking in India.

“I owe many thanks to those at St. Pete Tennis Center who helped me get to this point in my career,” added Singh. “Among those that helped me the most were Mike Carroll, Tom James and Jim Courier, to name just a few.

“Now, I welcome the challenge in helping the Racquet Club grow and prosper in the years to come.”

Volunteers with KC’s Kamp for Kids joined forces with the Police Athletic League in St. Petersburg to participate in a “Back to School Event Day” at PAL’s center on 16th Street in St. Petersburg.

More than 460 kids received backpacks, school supplies, clothes and haircuts and more, thanks to a variety of vendors. KC’s Kamp for Kids provided lunch box snacks and tennis activities.

KC’s Kamp for Kids was begun in 2014 and is headed by Executive Director Sally Marshall. Volunteers hosted a tennis carnival-type atmosphere for participants. In spite of a day of rain that kept all inside during most of the event, tennis pro Gail O’Connor drew on years of experience and provided improvised indoor tennis play that included swimming noodles fashioned into tennis racquets and beach balls for tennis balls!

To learn more or to volunteer, visit www.kcskampforkids.org.