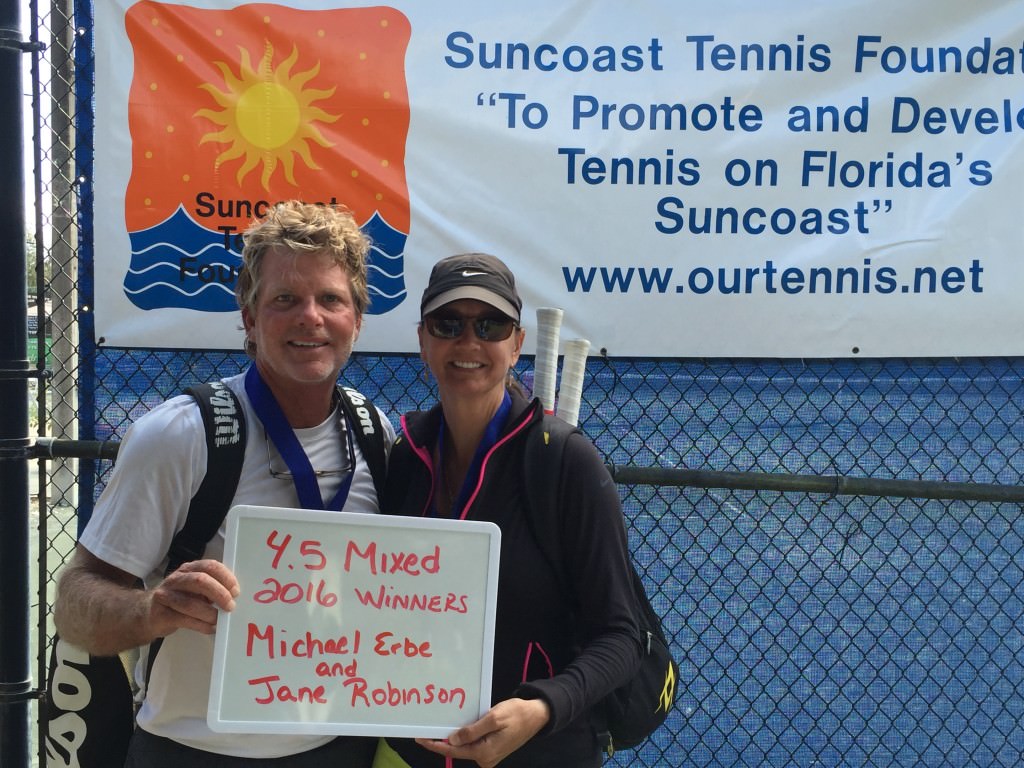 Winners Crowned at Tournament of Champions

Held at East Lake Woodlands Country Club in Oldsmar, the competitors qualified through their play in designated charity tournaments held throughout 2015. Winners were named in 11 NTRP divisions, including four in men’s and women’s doubles and three in mixed.

Not only were the “Best of Tampa Bay” teams named for 2015, but monies were raised to support host STF’s mission of promoting amateur tennis in Pinellas County. Among the STF’s focus areas are Special Olympics, Junior Team Tennis, grants to schools and assistance to other non-profits. This year’s tournament raised more than $11,000 for STF.

Since its inception, the annual Avila Charity Tennis Tournament has benefited an organization that provides services to youth in the Hillsborough County area.

This year’s 24th ACTT, scheduled April 8-10 at Avila Golf and Country Club, is no different with its benefactor SRN — Starting Right Now — to help end homelessness for youth. SRN is a 501©3 non-profit dedicated to ending homelessness for youth through its one-on-one mentoring, providing a stable home, obtaining employment, teaching financial/life skills and promoting educational achievement. To learn more, visit www.startingrightnow.org.

The three-day doubles competition includes women’s and men’s doubles in 3.0, 3.5, 4.0, 4.5 and 5.0-and-above NTRP divisions. All teams are guaranteed two matches, players receive a specially-designed t-shirt and are treated to a continental breakfast, lunch on Saturday and Sunday and two tickets to Saturday’s Courtside Party.

In the past, around $100,000 has been raised from the ACTT tournament weekend to benefit the designated recipient.

Good Life Games and the Suncoast Tennis Foundation have partnered to present the 37th Pinellas County Senior Games on April 16-17 at the Henry L. McMullen Tennis Complex in Clearwater.

The Pinellas’ Games, which offer five-year age categories in more than 20 sports beginning at age 50, are among over 20 competitions scheduled around Florida as qualifiers for the 2016 Florida Senior Games slated for December in Pinellas County.

These Games are qualifiers for the 2017 National Senior Games to be held in Birmingham, Ala.