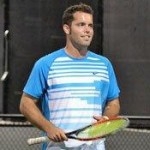 Kevin Brundle came to the Tampa Bay area just a couple of years ago, but the teaching professional has quickly made his mark at Tampa Tennis at HCC. The complex has been managed by Net Results All-American Tennis since 20111 with Brundle the tennis director.

Recently, the USPTA Florida Division recognized Brundle for his achievements at Tampa Tennis by naming him the District 7A Professional of the Year.

As with each of the previous Adult Davis Cups, the upcoming Aug. 1 contest is expected to reach full capacity.

Pretty in Pink at Countryside 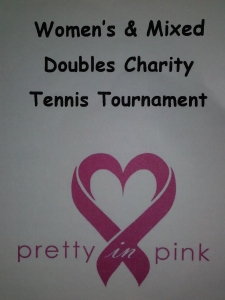 Planning is underway for the Tampa Bay area’s Sept. 27-28 Pretty in Pink Charity Tennis Tournament. Countryside Country Club will host the contest for the fifth consecutive year, and first-year Tournament Chair Tori DiSalvio expects the two-day fundraiser to be among the best.

Women’s doubles will be played Sept. 27 and mixed doubles Sept. 28.

“We’re pretty much planning on keeping activities the same as last year,” said DiSalvio. “Player-wise, 136 is our max, which we had last year, and this year’s fundraising goal is about $22,000.”

First offered in 2007, each year’s contest has raised around $20,000 for the Susan Cheek Needler Breast Center at Morton Plant Mease. The not-for-profit hospitals of Morton Plant Mease provide screening, diagnostic and treatment for women through the Mammography Voucher Program. Each year, nearly 2,000 educational contacts, 900 mammograms and clinical breast exams are conducted on uninsured women in Pinellas County.