Hillsborough, Marion, and Seminole counties each logged their first division wins of the 2020 season at the USTA Florida 55 & Over 7.0/9.0 Sectional Championships, held Oct. 24-26 at the USTA National Campus.

The 9.0 men, captained by Scott Bartos, proved their strength on the court with duos winning a total of 17 sets over the course of the weekend, only dropping three. The squad also tallied eight court victories, elevating them above the competition to a clean 3-0 team score and keeping Broward County (Midtown Athletic Club, Weston) from capturing its fourth title of the season.

Making the 9.0 division a family affair with the help of her husband, Chris Bartos captained her Hillsborough women’s squad to a 4-0 victory over Orange-Seminole (Heathrow Country Club, Heathrow). Despite being tied in court victories, Hillsborough took home the title due to winning the head-to-head matchup with Orange-Seminole.

Orange-Seminole didn’t leave the courts empty-handed though, as the 7.0 women’s team (Sanlando Park, Altamonte Springs) pushed through the Championship match against Escambia County (Roger Scott Tennis Center, Pensacola) to claim the division with a 2-1 defeat. It was the second time the teams encountered each other during the weekend — in their first meeting in Flight 1, Orange-Seminole controlled Escambia winning two of three courts.

Easily the most contested division of the weekend, the men’s 7.0 offered a thrill when the come-from-behind squad from Marion County (Fort King Tennis Center, Ocala) was crowned the division winner. When play began Monday, Marion was sitting at 5th place until an upset saw Broward County (Weston Tennis Center, Weston) knock Duval County (Charles J. Williams YMCA, Jacksonville) off the path to victory and ultimately opened the door to the winner’s circle for the remaining teams. Marion went on to secure all three courts against Collier County (Arthur Allen Tennis Center at Cambier Park, Naples) for an overall 3-2 record and 9-6 for individual matchups. Despite having identical numbers in the end, the 2-1 score Marion put up versus Hillsborough County (Temple Terrace Recreation Dept., Temple Terrace) in their face-to-face confrontation served as the ultimate tiebreaker and handed Marion the division.

The competing teams represented various clubs, parks, recreational departments and organizations, and finished at the top of their local leagues during the 2020 season to advance to the USTA Florida 55 & Over 6.0/8.0 Sectional Championships. 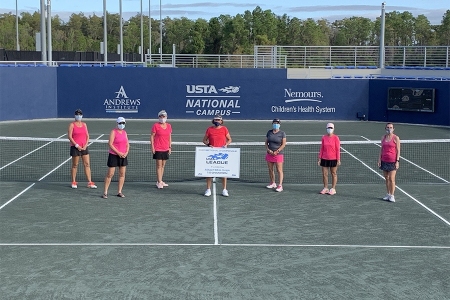 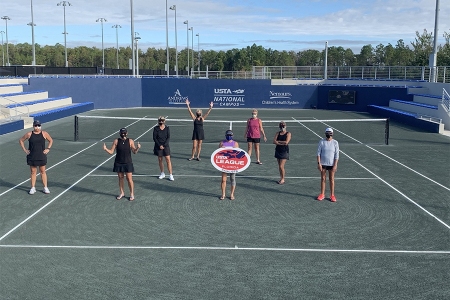 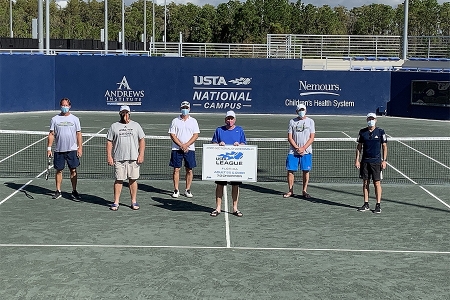 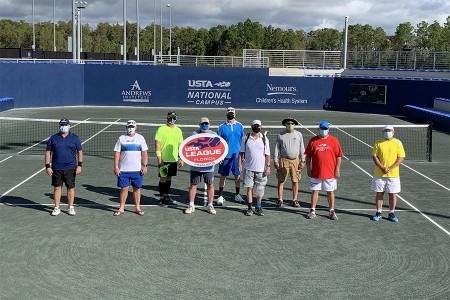 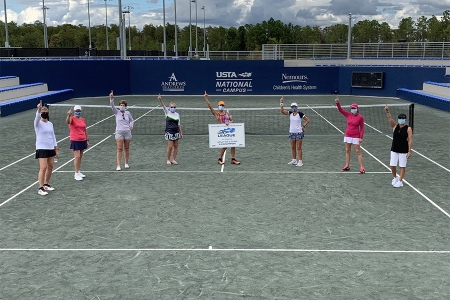 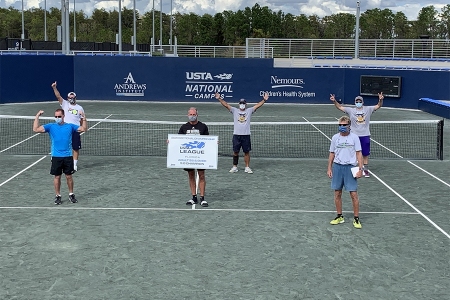 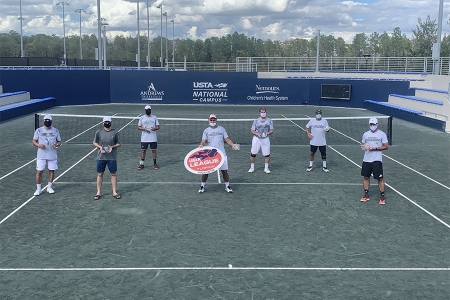 The USTA Florida League Championship Cup is awarded to the county with the most league sectionals titles during the 2020 season (standings through Oct. 27, recent winners in bold):