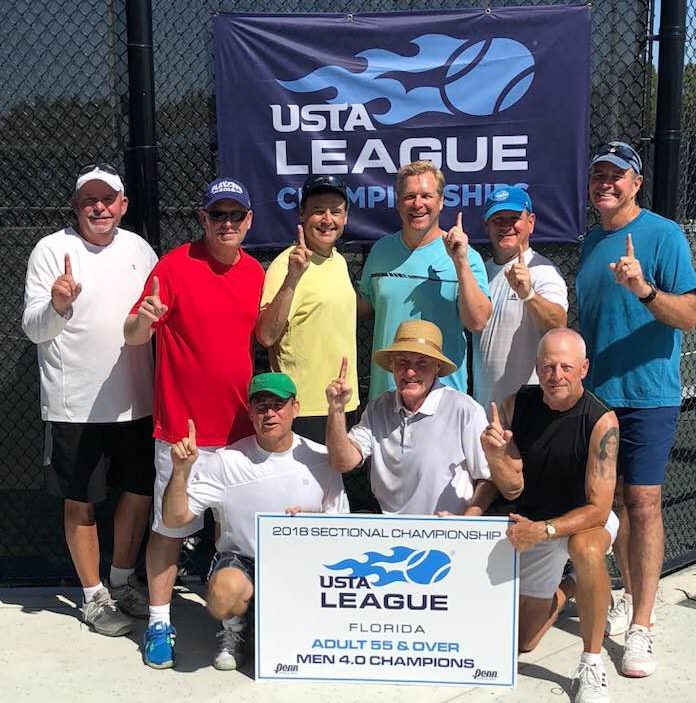 Captain Marvin Shienbaum led the Hillsborough River Hills Country Club’s Men’s 55 & Over 4.0 team to victory at the USTA Florida sectional championships on May 5-7 at the USTA National Campus is Orlando.

River Hills dominated the local league with a 7-1 record. At Lake Nona in the sectionals final, Hillsborough defeated Collier County at all three doubles lines to advance to nationals on Oct. 19-21 at the USTA National Campus.

It was Hillsborough County’s first sectional championship of the 2018 season.

For info on upcoming local leagues go to www.ustaflorida.com/contacts/alan-williams. 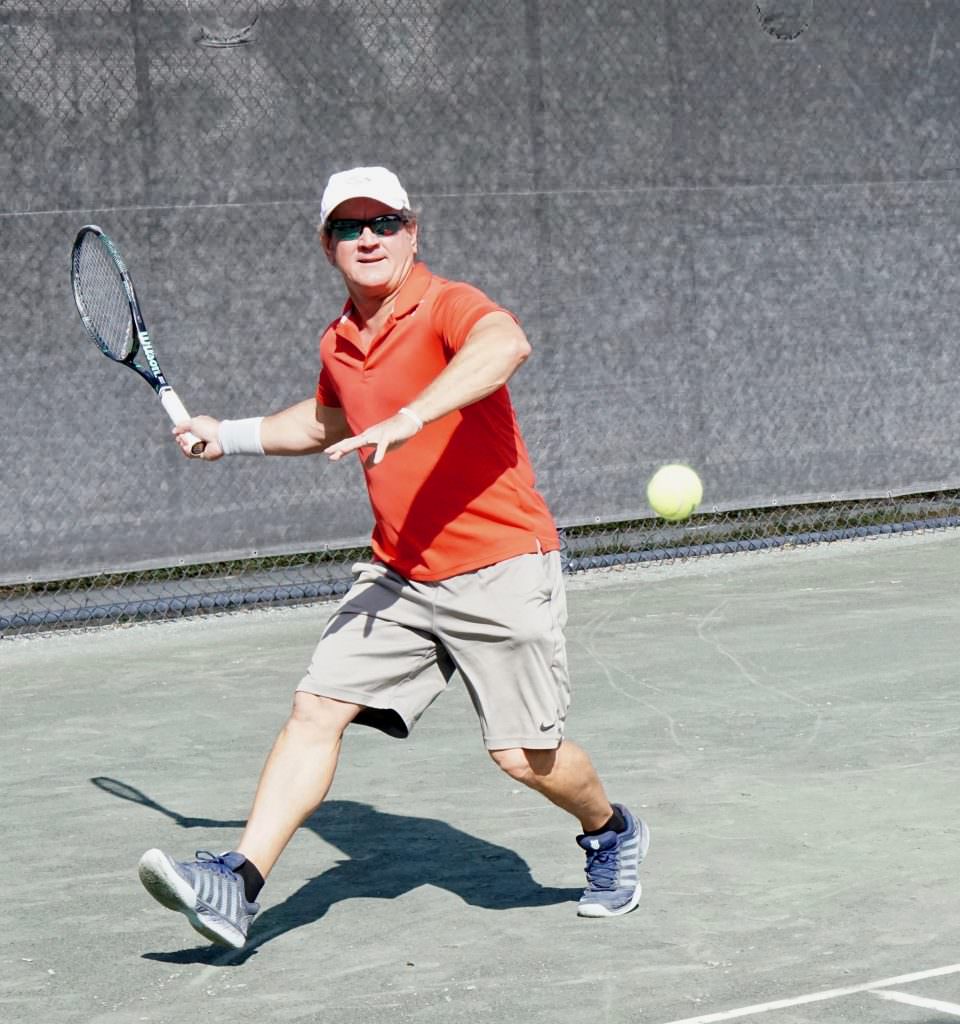 Mark your calendars! One of the most popular fall leagues starts in August.

Last year Hillsborough finished third in the race for the USTA Florida League Championship Cup, winning six sectional titles, and 18 & Over sectionals titles in the women’s 3.0 and men’s 5.0+ divisions.

The approximate start date is the week of Aug. 13.