It’s hard to believe that the 1970s were just beginning fifty years ago – the same time when DeDe Agnew first started playing tennis in a suburb of New Orleans.

“I started playing tennis as a 10-year-old at Paradise Manor Community Club in River Ridge, Louisiana, but I got so over-heated that summer, I didn’t play again until high school,” she recalls. “I then played four years for Ursuline Academy.” 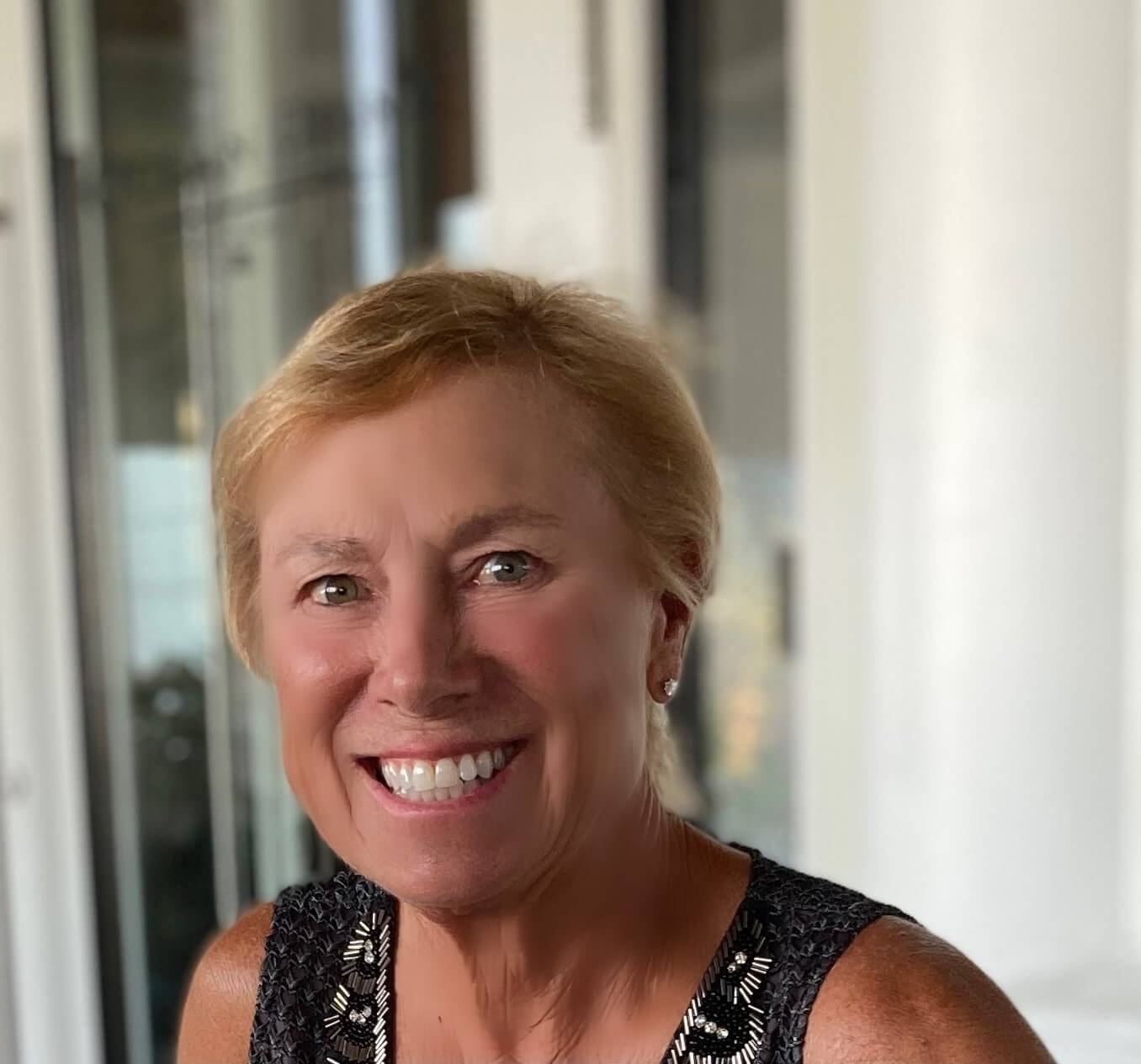 Now 60 years young, tennis has played an important role throughout Agnew’s life. As a teenager, she played and helped teach children how to play. As an adult, she has moved seven times in her 35 years of marriage and tennis has remained a constant wherever she goes.

“Tennis has always been a wonderful outlet for me to meet friends,” she shares. “I have made life-long friends because of tennis in Seattle, Charleston, Jacksonville, Little Rock, Florence, and now in Tampa.”

If you ask Agnew how long she’s served as a tennis volunteer, she’ll tell you “a very long time.” She has been actively involved for at least 35 years, the majority of which as a USTA League Captain and a Special Olympics Coach.

“DeDe has spent endless volunteer hours advancing the sport that has given so much to her,” says league teammate Suzanne Smith. “DeDe’s cheerfulness, sportsmanship, and competitiveness make her a delight to any team she joins. DeDe is a consistent USTA advocate, connector, and promoter.”

“DeDe is a huge part of the Tampa tennis community,” adds teammate Kelly Sinich Hills. “Captaining USTA teams, volunteering as a tennis coach for the Special Olympics, and teaching young children the correct tennis technique and strategy. Her enthusiasm and love for the sport is contagious.” 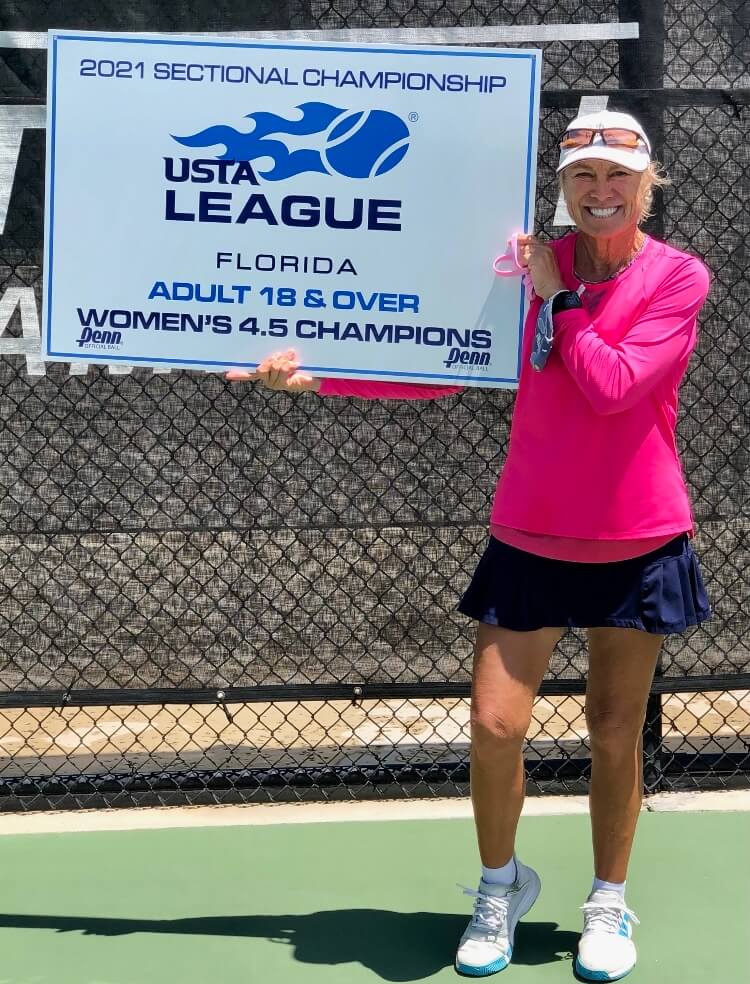 Agnew primarily splits her time between two tennis facilities. She can be found playing tennis or teaching the sport to others at the Club at Cheval in Lutz, or she’s on the courts at the Hillsborough Community College Tennis Center in Tampa captaining her league teams or working with Tennis For Fun to teach Special Olympics tennis.

“I had started volunteering in Tampa as an assistant track coach at Pepin Academy, a school for children with learning-related disabilities. I coached for three years with my friend Esther Segall, a Pepin Academy Speech Therapist. When she retired, she said let’s help with Special Olympics tennis,” says Agnew. “Special Olympic athletes are truly special; their enthusiasm and hard-working ethics are remarkable.”

At the 2021 Special Olympics Florida State Tennis Championships held in May, one of Agnew’s orange ball students won a gold medal. It’s a moment she will never forget.

“When our athletes won medals in at the USTA National Campus in Lake Nona during States, my heart was filled with joy,” she beams. “Every time I work with them, I go home with an unbelievable high. They give back to me much more than all the hours I have volunteered.”

Tennis has been a big part of Agnew’s life, and she appreciates the ability she has to serve the sport she loves. When she’s not outdoors just hitting a ball with friends, she’s teaching little ones of all abilities how to play or cheering on her league teammates as they work towards their goals.

“DeDe is a true ambassador and leader for tennis throughout Florida. She is warm, welcoming, and generous in spirit to all ages through adult league play and teaching juniors in Special Olympics,” says teammate Elizabeth Baldwin.

“I am a firm believer in ‘do unto others as you would have them do unto you’,” adds Agnew. “I have volunteered most of my life. I graduated from Ursuline Academy and their school motto is ‘Serviam’ which means ‘I will serve’. The sport has been so good to me, it is only natural that I give back.”

USTA Florida thanks DeDe Agnew for her passion for teaching the sport to others, her dedication as a league captain and Special Olympics coach, and her overall commitment to growing the game of tennis throughout Florida.

My earliest tennis memory was… “Playing tennis at the Paradise Manor Club in River Ridge, La.”

If I could play tennis with three people, they would be… “Chris Evert, Roger Federer and my father in law who passed away at 55, he was a nationally ranked player.”

When I am not playing tennis I am… “Running, golfing, teaching tennis, spending time with family and friends and traveling.”

My best tennis memory is… “I have two. This past May watching my Orange Ball Special Olympic student win a gold medal at states in Lake Nona and going to the 2019 French Open with my dear husband, Sam.”

I like to volunteer in tennis because… “It brings me joy to see the happiness tennis brings to so many: be it Special Olympians, children and or adults.”