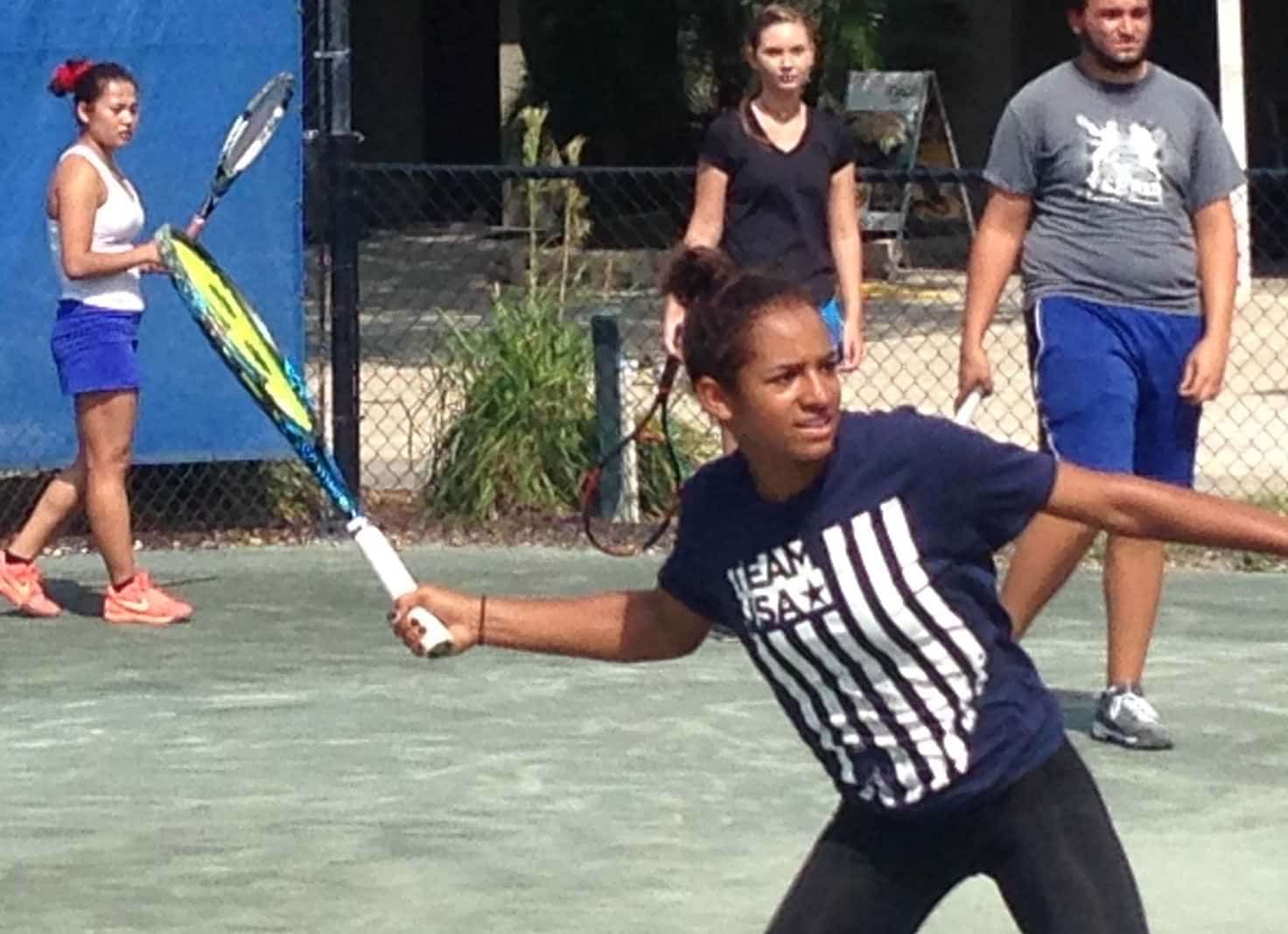 A slight smile crept on to Noele Vermost’s face after she ended a point with a forehand winner, switching sides to take the “queen” side of the court during a game of Queen of the Court with some of the top tennis players in the country.

“They’re much stronger than what I expected,” said Vermost of the U.S. Junior Fed Cup girls’ team that practiced and competed in games against local players. “But that’s good for competition. I’ve hit with a couple of them and I was able to keep up with them, it’s a lot of fun.

“This is cool to see all the girls come together and compete, and get motivated by everyone around here.”

The motivation for the local girls was provided by the current 16-and-under U.S. Junior Fed Cup team of Whitney Osuigwe (Bradenton, Fla.), Caty McNally (Cincinnati, Ohio), and Natasha Subhash (Fairfax, Va.). The community event was held in the lead-up to this weekend’s Fed Cup match-up between the U.S. and the Czech Republic at Saddlebrook Resort in the Tampa Bay area.

“In addition to the girls’ high school clinic, the Junior Fed Cup team will be participating in a larger clinic on Wednesday with the regular Fed Cup team and Captain Kathy Rinaldi,” said USTA Senior Manager of Men’s and Women’s Tennis Programs, Professional Development, Scott Hausthor. “They’re also preparing for their Junior Fed Cup competition which is happening next week in Mexico. They’re also practicing with the women’s Fed Cup team and seeing what life is like on the bigger stage.”

“What an opportunity to be with the best and upcoming American stars and to have that kind of exposure to see where they’re at,” said Susan Nardi, director of tennis at East Lake Woodland Country Club. “I’m thrilled that we were able to get them to come, and I think it inspires them to play more and be a part of this great sport and take advantage of the opportunities that exist.”

The day ended with the local girls participating in a question and answer session with the U.S. Junior Fed Cup team members and USTA staff. The event was organized in part by USTA Florida volunteers, including Judy Foster, executive director of the local Suncoast Tennis Foundation, an official USTA community tennis association.

On Wednesday, April 19 the Saddlebrook Resort in Wesley Chapel, Fla., will host a Fed Cup Community Day for players age 5 and up and their family members from 5-6:30 p.m.

Tickets for the Saturday and Sunday 2017 Fed Cup by BNP Paribas World Group semifinal are currently onsale, with single-day and two-day ticket packages. Tickets may be purchased by visiting www.usta.com/fedcup or by calling 888-334-USTA (8782).