Each year Tallahassee celebrates the winter holidays with concerts, plays, ice-skating,the Jingle Bell Run and thousands of lights illuminating the trees in local parks. The annual Winter Festival — A Celebration of Lights kicks off the season the first Saturday evening in December with a 3K run/walk, a parade, live entertainment, arts, crafts, food, and a ceremony that lights the downtown’s signature oak trees. 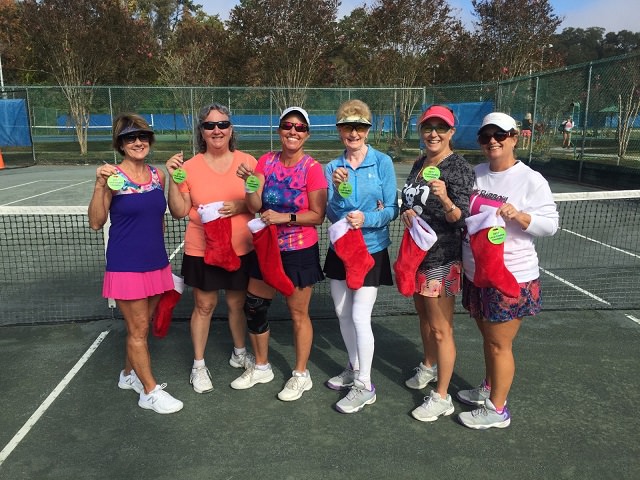 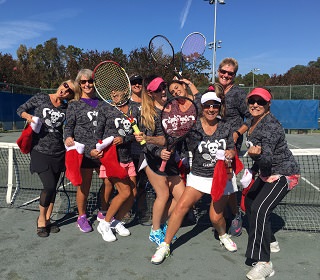 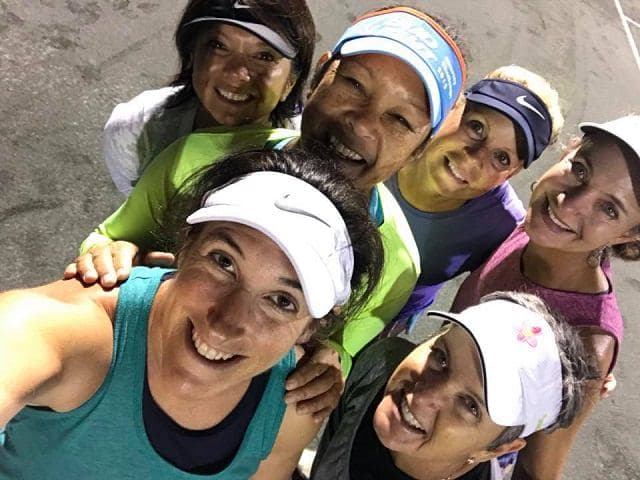 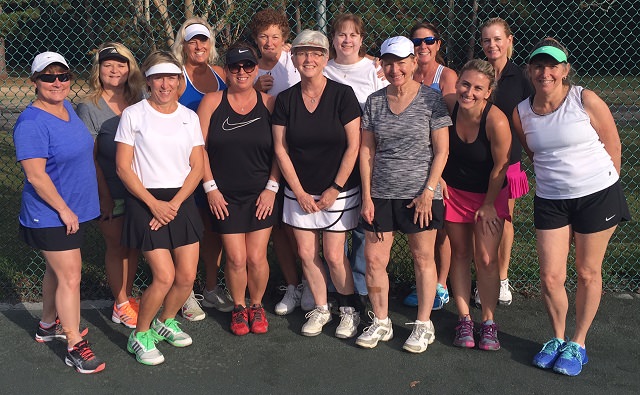 This year, USTA Florida and the City of Tallahassee invited all second-place teams from the 2017 Fall USTA Florida Combo Leagues in Escambia, Okaloosa, Walton, Bay, Leon, Alachua, Marion, and Duval counties to participate in a weekend of tennis and fun in conjunction with the Winter Festival. The weekend event was sponsored by Visit Tallahassee and Tallahassee Woman Magazine.

The tournament goal was to provide an opportunity for USTA League players to travel, enjoy team camaraderie, play new opponents and compete in an un-officiated fun event. Matches began on Friday afternoon and concluded mid-day Sunday.

The 2018 Winter Festival Invitational Tournament is scheduled for Dec. 1-3, 2018. If your Combo team falls short in reaching a Sectional Championship, we would love to see you there.

Note: We currently plan to host a tournament for second-place teams competing in the upcoming USTA Florida Mixed 40 & Over league. This event is tentatively scheduled for the weekend of June 8-10.

The beginning of fall brings about Combo league play to the area. This is the league where (generally) you play with either a player one NTRP level below you, or with a player one level above you. 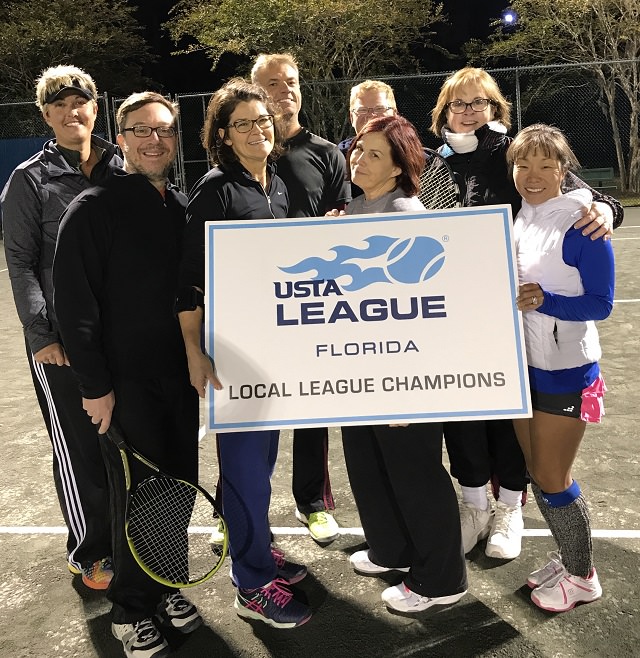 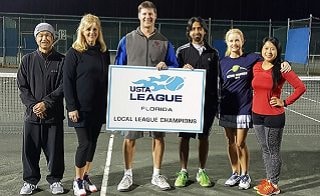 This fall, Tallahassee took a unique approach and added mixed doubles divisions to the Combo league season. The additional divisions took mixed doubles to a different level — the 5.5, 6.5, 7.5, and 8.5 levels. The league implemented rules so that players paired in an individual match could not have a rating differential of more than .5 points. This approach provided league players an opportunity to play with different partners than those in the Mixed 18 & Over and Mixed 40 & Over leagues.

The league season was deemed a success as 17 teams filled the Forestmeadows tennis courts on Friday evenings. When the December chill brought an end to the year, four teams were crowned local league champions. The teams were captained by Rhonda Tullos (5.5), Avinash Ramaswamy (6.5), Denean Sykes (7.5) and Sachin Murthy (8.5).

The governor wrote, “the league will be specifically for state employees and will strive to make a positive difference in the lives of our state employees by promoting physical fitness, healthy activities, and unity in the workplace.” 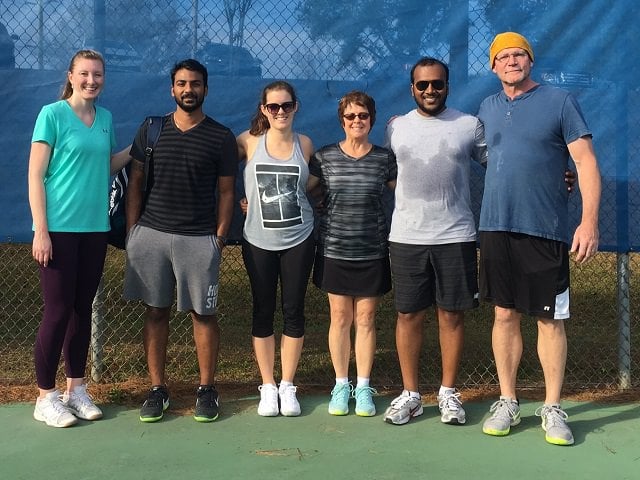 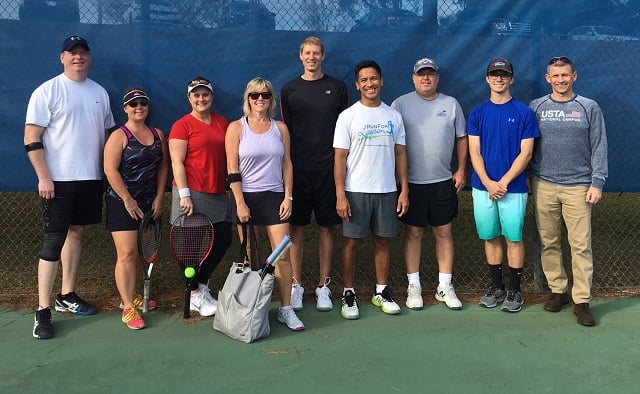 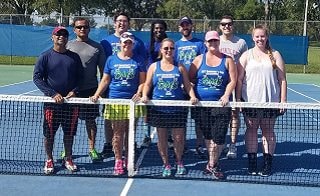 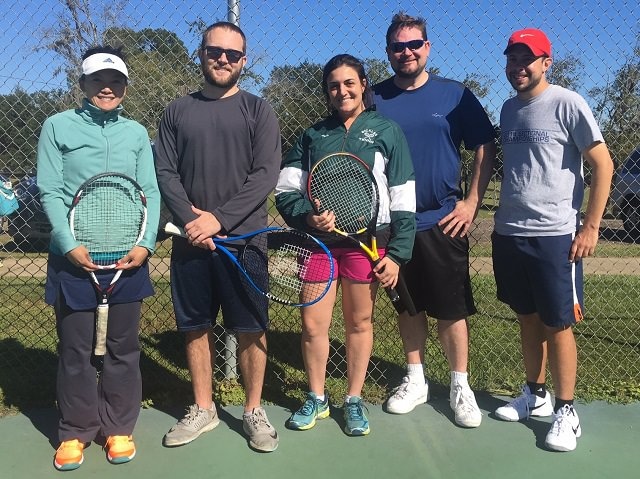 The second edition of the league again partnered USTA Florida with the City of Tallahassee Parks, Recreation and Neighborhood Affairs Tennis Division, and the Tallahassee Tennis Association. The season began with a Saturday afternoon kickoff at Winthrop Park on Sept. 30. Players learned about the many tennis opportunities available in the Tallahassee area. Glen Howe, tennis superintendent for the City of Tallahassee, talked to the players about the recent upgrades to facilities in the city. Players engaged in various warm-up activities and hitting drills, then competed in a serve, forehand and backhand skills competition.

League matches between the state agencies began on Oct. 15 and concluded Dec. 16.

Players from 23 state agencies and the Governor’s Office competed in the Sunday afternoon league.