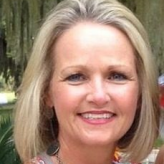 Gina Field has been a fixture in local-area tennis since 2005. Not only has she been a player at the 2.5, 3.0, and 3.5 levels, but up until late last year she was the local area league coordinator for just over 10 years, which also happens to be as long as she has played the game of tennis.

Among her many accomplishments include: serving on the board of the Tallahassee Tennis Association (TTA); captaining more than 35 teams; serving as the tournament director of several TTA-sponsored events; and volunteering for a number of super series and junior designated events sponsored by the City of Tallahassee Parks, Recreation, and Neighborhood Affairs.

Gina leaves her position as league coordinator in good hands with Bobby York who was named as her replacement by the USTA Florida Section effective Jan. 1. Bobby has been playing tennis since high school and first began playing USTA League tennis in 1991. He has coordinated several leagues over the years and has directed tournaments. Bobby has now taken over all 10 adult, mixed, and combo leagues. He is also adding a new Governor’s Cup state employees’ league this fall, and a new Tri-Level league next year.