The Tallahassee Tennis Association (TTA,) in partnership with the City of Tallahassee Parks, Recreation, and Neighborhood Affairs, held their annual championships, the biggest adult tournament of the year, on Nov. 6-8 at the beautiful Forest Meadows Athletic Center. 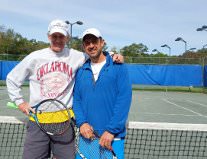 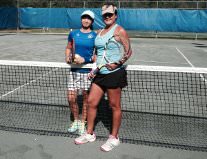 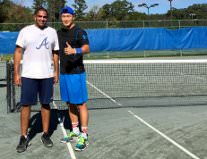 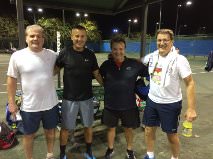 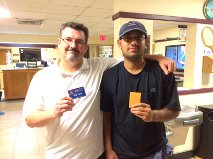 Funds raised from the tournament will be used to make court improvements and other community projects as well as assisting players who advance to USTA League Nationals. Gender/mixed doubles and singles competition was offered in a best 2 out of 3 set format on clay courts.

A draw party for participants and guests was held on Thursday, Nov. 5th to kick off the tournament. Players met their opponents, picked up goodie bags, and socialized with friends in the tennis community. A BBQ was provided by the TTA Board of Directors.

Competition was hot and heavy on Friday night and all day Saturday with many players playing in both singles and doubles divisions. Local tennis stars John Vinson, Lenin Mongerie, Yvo Niks, and Artiom Podgainii graciously volunteered to entertain the crowd with an exciting doubles exhibition during a break in the action.

Tournament Director Wanda Peterson kept players on the courts, while keeping an eye on the weather, as player draws came into focus towards the finals. For those who lost in the first round, a consolation draw was available to allow for maximum playing time. The tournament was in direct competition on Saturday with the FSU-Clemson college football game, but tennis passion was very high! Rain interrupted the finals on Sunday. The rains began on Saturday evening and did not end until early Tuesday morning.

Competitors, with a fierce drive for a challenge and reputations on the line, worked out the logistics to finalize matches.

Wanda Peterson wants to thank all of the great local sponsors who donated gift certificates for the players, participants for their extraordinary play, and volunteers who were invaluable to the success of the tournament.