The Tallahassee Mixed 40 & Over 7.0 team came out national champion at the USTA League Mixed 40 and Over 7.0 National Championships at the Mobile Tennis Center in Mobile, Ala., in the final defeating USTA Hawaii (Honolulu) 2-0. 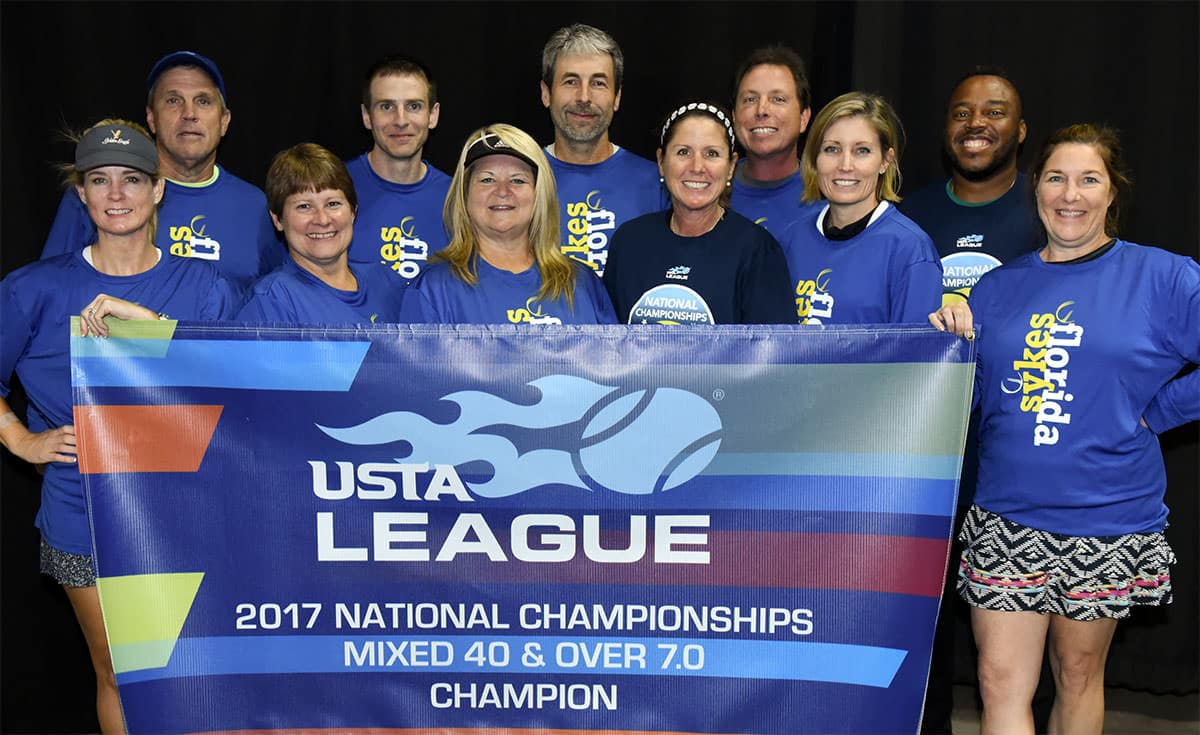 The Tallahassee Mixed 40 & Over national champions

The team earlier defeated a squad from the USTA Caribbean Section (Bayamon, P.R.) 2-1 in the semifinals. They advanced to the semis by winning their round-robin flight contested Friday and Saturday.

It was the first-ever national win for Tallahassee in the Mixed 40 & Over division and the first USTA League Nationals title for a Tallahassee team in 20 years. 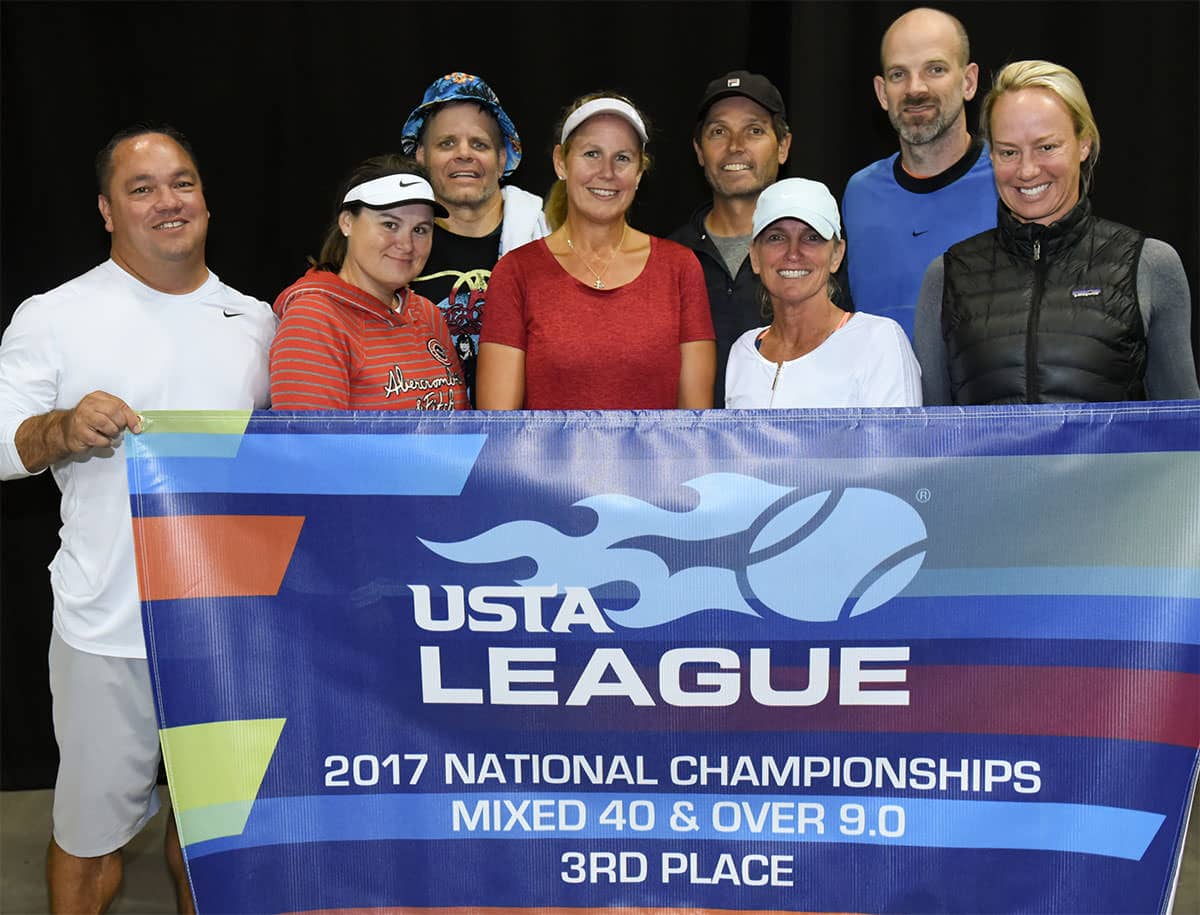 The Mixed 40 & Over third-place finishers from St. Pete

Orlando and the USTA National Campus was the host for the 2017 USTA League Adult 18 & Over 4.5 National Championships, where Florida teams finished third on both the men’s and women’s sides.

The 18 & Over 4.5 men’s third-place finishers from Miami-Dade 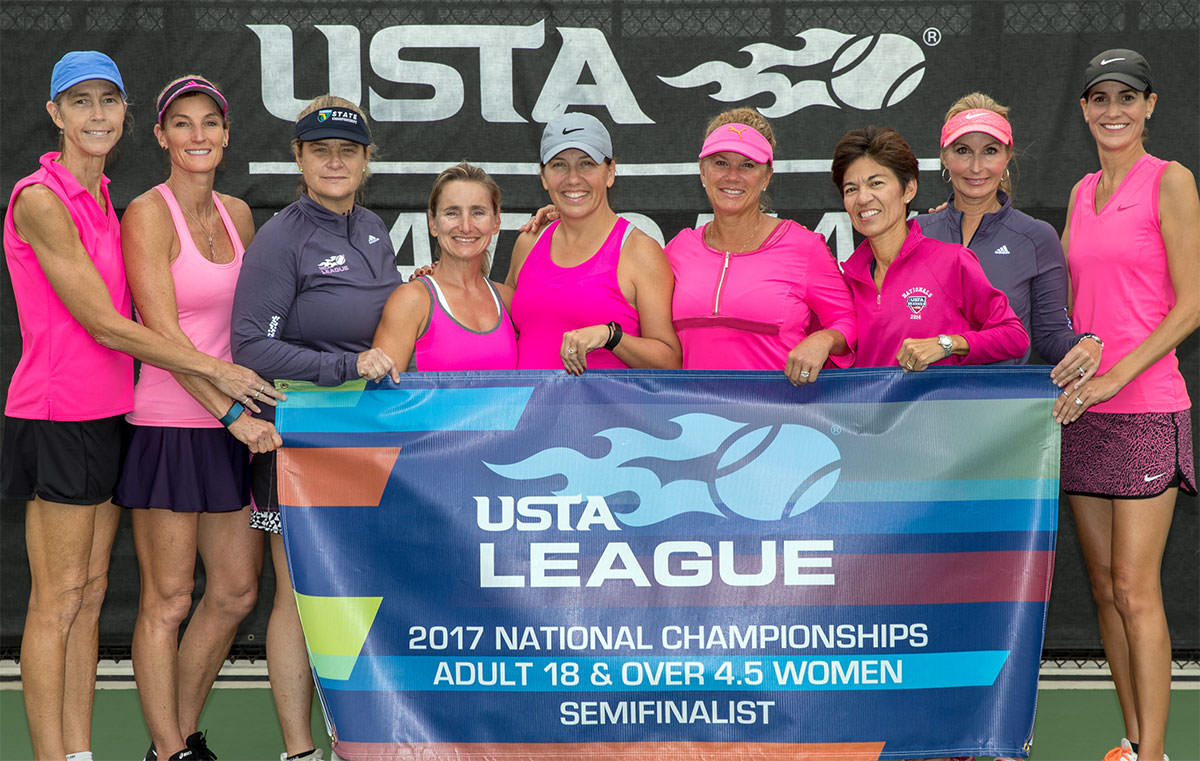 The 18 & Over women’s 4.5 third-place finishers from Altamonte Springs