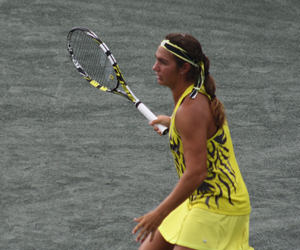 Stewart did not drop a set during the tournament, and lost only four games in the semifinals and finals combined.

It was Stewart’s second USTA Pro Circuit title of the year and third final after winning in Orlando and finishing runner-up in Gainesville.

Kuhlman en route to the final upset top-seeded Alexandra Mueller in the opening round and did not meet another seeded player until the final.

Stewart over the next two months plans to compete at USTA Pro Circuit events before targeting the US Open juniors tournament beginning Aug. 31. Kuhlman, a former protegee of coaches Brian Gottfried and Todd Martin, will this fall head to the University of Florida for her freshman year with the Gators’ women’s team.