The 66th edition of the tournament was held at the Florida Tennis Center in Daytona Beach and three other Central Florida locations on June 7-11, 2014.

In the Girls’ 18s final Stewart, the No. 7 seed, defeated No. 6 Gabriella Poller of Boca Raton 6-2, 6-2. Stewart lost only 13 games in six matches over the course of the tournament.

“It feels good, I always love coming to [the Florida Tennis Center] and this tournament, it’s fun for the players, and I love playing this tournament obviously, I’ve won it four times,” said Stewart, who will turn 17 in July, leaving one more year of eligibility. “Maybe I will come back,” she said with a smile.

“This tournament really helps me focus on my development, that’s the reason I’m playing these tournaments,” she said. “I have a pro tournament coming up on Monday so I’m just trying to get mentally ready and focus.” She says her focus the remainder of the year will be USTA Pro Circuit events to raise her WTA tour ranking, and the US Open juniors.

The Boys’ 18s final was a marathon affair as No. 8 seed Christian Langmo of Boca Raton outlasted top-seeded Dan Stefan of St. Petersburg 7-5, 2-6, 7-6(7) in a match that lasted more than three hours.

“I started to cramp up in my left leg, and I didn’t see any way to win that second set so I had to go three,” said the 18-year-old Langmo. “I had to keep that as short as possible then just give my all in the third set. It was for sure the toughest match of the tournament, the first set I dropped in the tournament.”

The win was a crowning achievement for a player who had played every age division of the ‘Bobby Curtis’ but had never advanced past the quarterfinals. Langmo, who is without a coach, trains at public parks in Boca Raton and is committed to play for the University of Miami next year.

Top-seeded Adam Ambrozy of South Pasadena won his first ‘Bobby Curtis’ title in the Boys’ 16s division when he defeated No. 4 seed Mwendwa Mbithi of Boca Raton 6-1, 4-0 Ret. in the final.

“At the end of the second set it looked like he was hurting a bit, he got a trainer,” said Ambrozy of Mbithi, who suffered from a quad injury after a long match the previous day. “I came out and I played pretty well, it was the best match I played in the tournament. I got an early lead which helped a lot and I kept rolling with it.”

Ambrozy’s previous best finishes were second place in the 12s division and fifth in the 14s. In January of this year he returned from a five-month layoff after suffering a broken foot in 2013. The 16-year-old says he has not targeted any colleges but looks forward to the college tennis experience. “Hopefully somewhere warm,” he said. “I don’t like the cold.”

Fourteen-year-old Emma Decoste of Stuart captured the Girls’ 16s title, her second straight ‘Bobby Curtis’ championship after winning the Girls’ 14s last year. The diminutive No. 11 seed, who had upset No. 1 seed Adriana Reami of Miami 6-4, 4-6, 6-3 in the semifinals, in the final pulled another upset in defeating No. 7 seed Maria Ross 6-3, 6-1.

DeCoste for the last couple years has trained part-time at the USTA Training Center in Boca Raton under coaches Jamea Jackson, Kathy Rinaldi and others. Decoste says she will likely miss the USTA 16s Nationals to opt to play ITF events in Canada. Next week she will participate in the US Open National Playoffs qualifying tournament in Tallahassee at Florida State University.

Each division winner automatically qualifies for the USTA National Hard Courts tournament later this year in their age division. 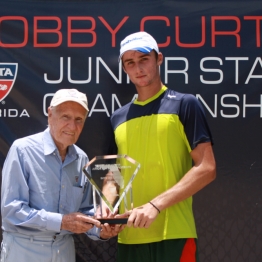 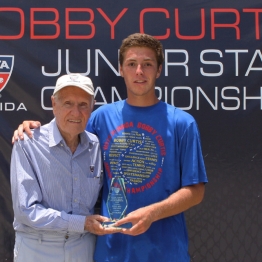 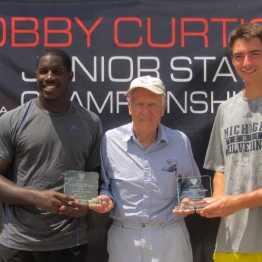 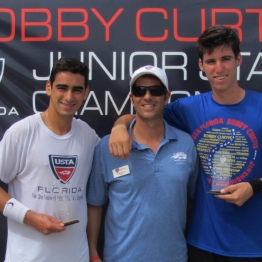 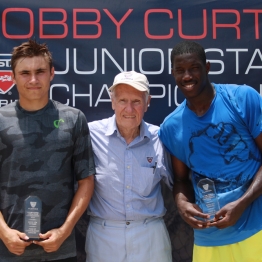 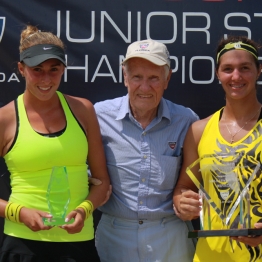 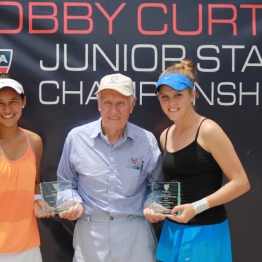 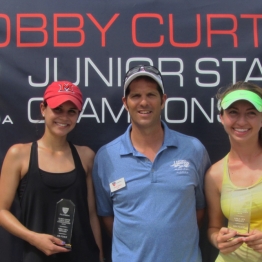 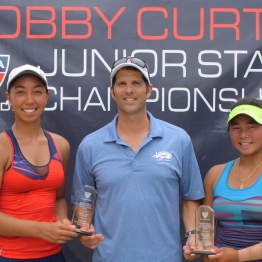 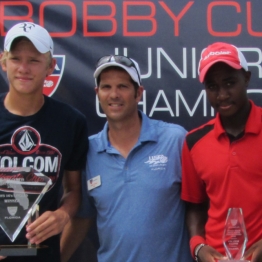 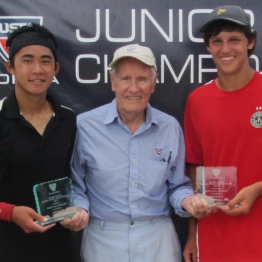 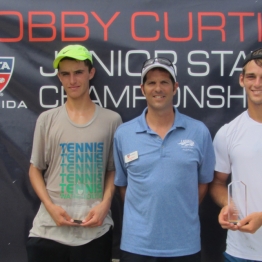 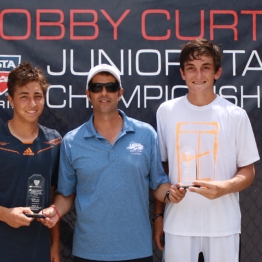 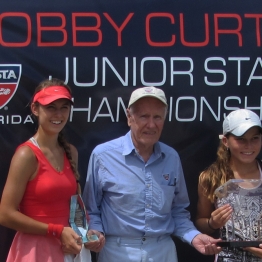 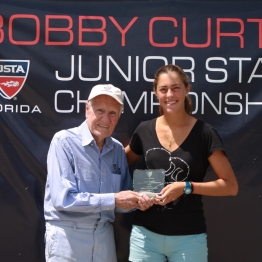 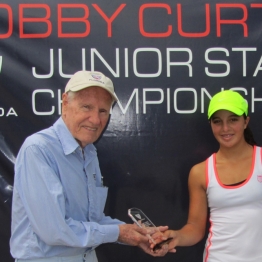 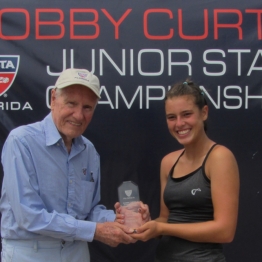 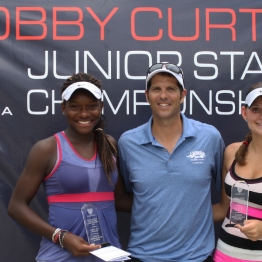 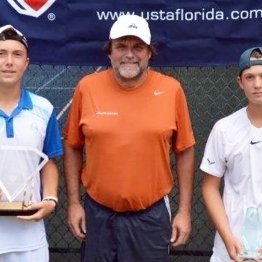 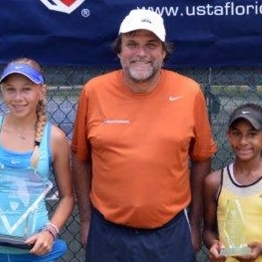 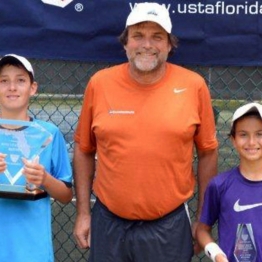 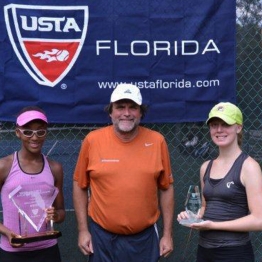 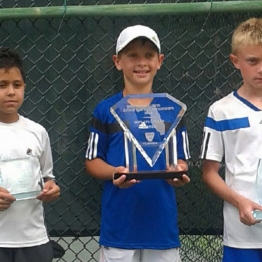 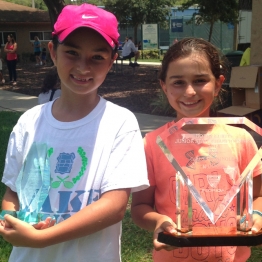 Here are the complete final-round results:

The USTA Florida ‘Bobby Curtis’ Junior State Championships is the most competitive USTA Section junior championships in the U.S., spawning the most players of any USTA Section to go on to the professional circuit and rank No. 1 in the world.