USTA Florida League tennis teams placed in three of the four men’s and women’s divisions over the weekend at the USTA League 55 & Over 6.0 & 8.0 National Championships in Surprise, Ariz., finishing in 2nd, 3rd and 4th place.

The Florida 55 & Over 8.0 women from Pinellas County (St. Pete Tennis Center) were edged 2-1 in the national championship final by the team from USTA Intermountain (Sun Valley, Idaho) at the Surprise Tennis & Racquet Complex. 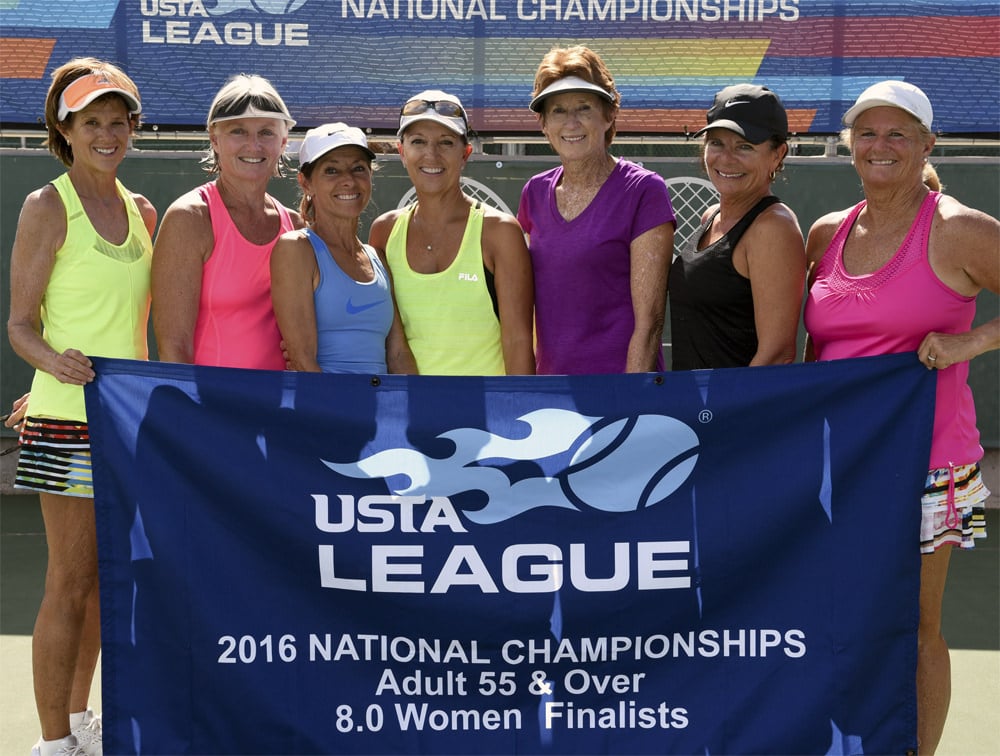 Earlier in the day the St. Pete women in the semifinals defeated a team from USTA Southern California (Redondo Beach) 2-1. They advanced to the semis by winning their round robin flight contested on Friday and Saturday.

Finishing in third place were the Florida 55 & Over 8.0 men from Pinellas County (McMullen Tennis Center, Clearwater). They defeated USTA Middle States (Harrisburg, Penn.) 3-0 in the 3rd/4th place playoff match. Earlier in the semifinals they lost 3-0 to the team from USTA Southern California (San Gabriel Valley, Calif.), which went on to win the championship, in the final defeating USTA Midwest (Milwaukee, Wisc.) 3-0. 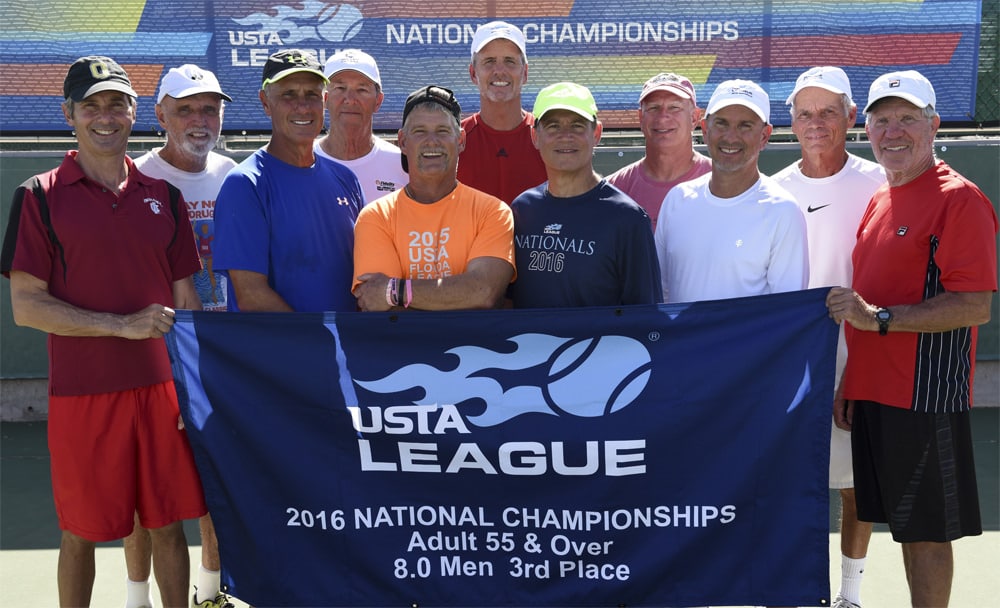 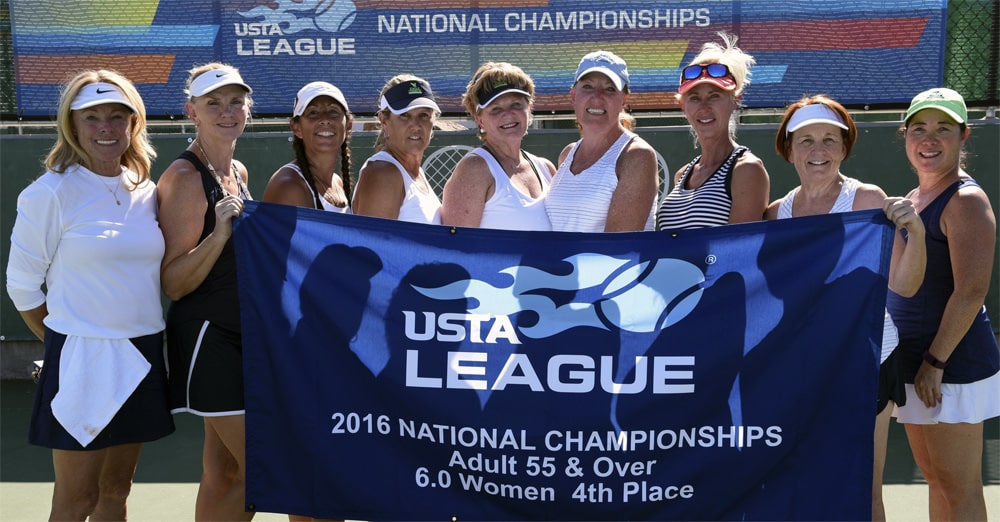 Earlier in the semifinals the Fleming Island women were edged 2-1 by USTA Pacific Northwest (Coeur d’Alene, Idaho), which went on to lose in the final against USTA Southern (Nashville, Tenn.) 2-1.