The women’s 40 & Over 3.0 team, which plays out of Julington Creek Plantation in St. Johns, won the 40 & Over 3.0 women’s title, in the final defeating the USTA Pacific Northwest Section (Portland, Ore.) 3-2.

Earlier in the day the St. Johns Women defeated a team from San Antonio, Texas 3-2 in the semifinals. They advanced to the semifinals by winning their round-robin flight contested on Friday and Saturday.

It was the first championship finish for a USTA Florida team during the 2016 USTA League National Championships season thus far. 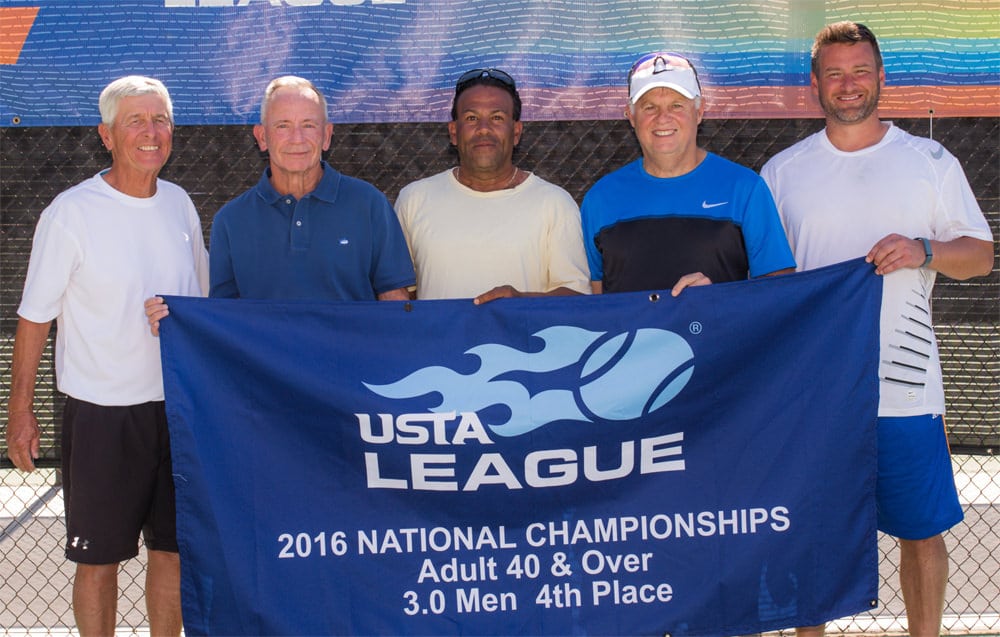 The men’s 40 & Over 3.0 team, which plays out of the Ft. King Tennis Center in Ocala, finished fourth in men’s play over the weekend, falling in the 3rd/4th place playoff match to USTA Texas (Dallas) 5-0.

Prior to the playoff the Ocala men advanced to the semifinals by winning their round-robin flight contested on Friday and Saturday, then in the semifinals lost to USTA Intermountain (Las Vegas, Nev.).

The 2016 USTA League season is the fourth season with an updated structure and format that offers four age categories (Adult 18 & Over, Adult 40 & Over and Adult 55 & Over and Mixed 18 & Over) to better align participants with players their own age. A fifth age division, the Mixed 40 & Over, was added in 2014.