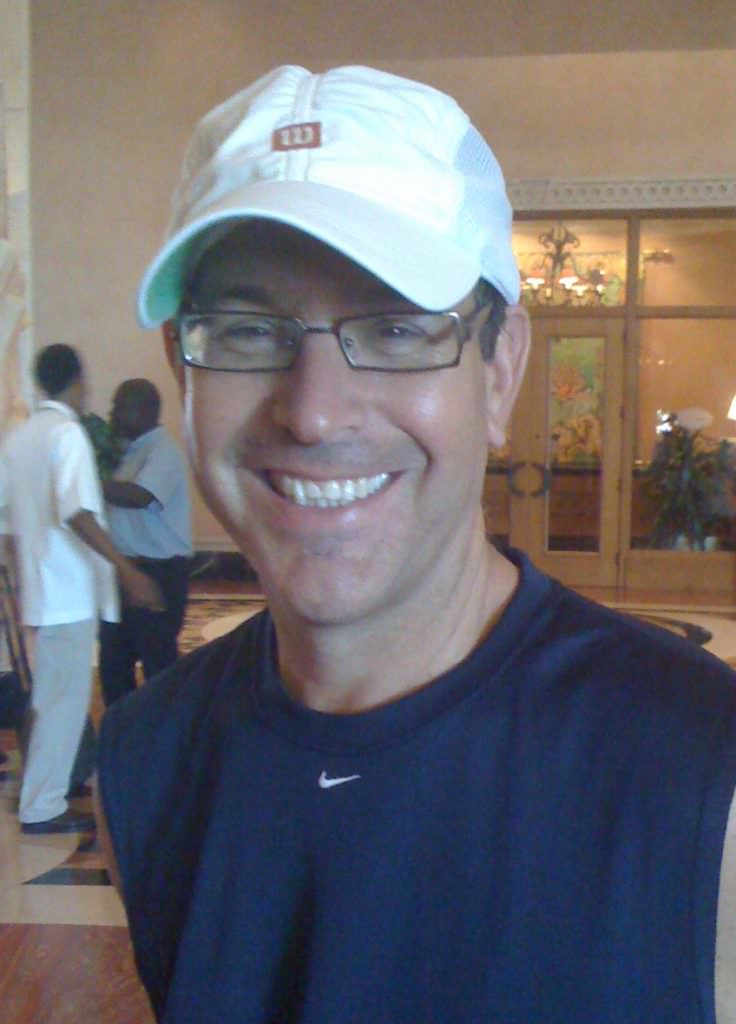 A tournament director for multiple GLTA tournaments in South Florida, his events attract upwards of 250 players, with a charity component resulting in more than $10,000 in support of local non-profit agencies. While competitive, GLTA tournaments are organized as “social sporting events,” featuring receptions, players’ dinners or parties, charity fundraising and more.

“Social tennis” has grown in popularity on the national scene over the last few years, stressing sociability and camaraderie over results (with maybe a few beverages). But Sokolov and his cohorts have been ahead of the trend for years.

“I’m also the organizer for Friday night and Sunday afternoon round robin tennis in the Ft. Lauderdale area for the last 15 years,” he says. “We attract an average of more than 50 players each session from all over South Florida, from West Palm Beach to Miami.”

Being on the big stage does not bother the former television meteorologist, who in the midst of his winning ways stresses teamwork, and above all, fair play. He was the recipient of the South Florida Tennis Club’s Sportsmanship Award in 2009 and 2011-12, and was named Member of the Year in 2014.

“You make a difference,” he says of volunteering his time in supporting recreational tennis. “Volunteering makes you feel appreciated and needed. It provides an opportunity to give back what has been given to you.”

USTA Florida thanks Philip Sokolov for giving back to the South Florida tennis community as the 2018 January Tennis Volunteer of the Month. 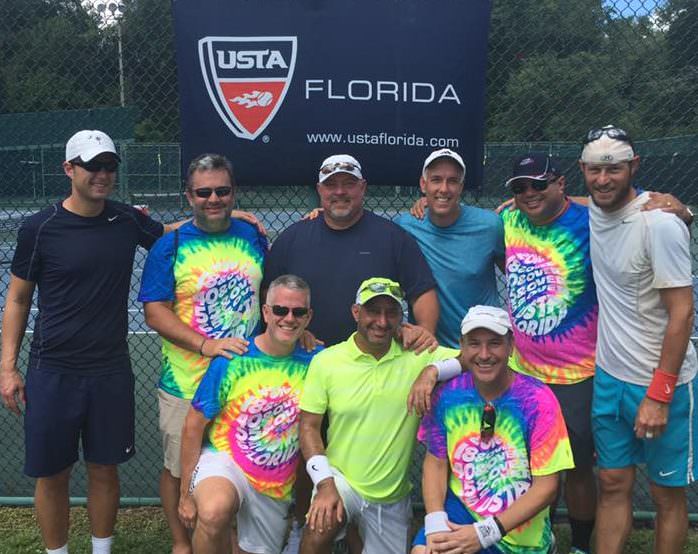 Sokolov (bottom right) and his USTA League team in 2016

My earliest tennis memory was…”Winning my first tournament in the ’80s. Started crying.”

If I could play tennis with three people, they would be…”Kei Nishikori, Serena Williams, and Jusin Gambill.”

When I am not playing tennis I am…”Hanging out with great friends, going to the casino, and playing ping-pong.”

My best tennis memory is…”Meeting Jimmy Connors and John McEnroe in Corpus for a fundraiser.”