As a 21-year-old young man serving in the U.S. Air Force, Wendall Walker surely didn’t expect to fall in love with the sport of tennis while on base in Michigan.

“A new guy came in from North Carolina where he played some small college tennis, looking for someone to hit with him,” Walker recalls. “He loaned me a racquet and taught me to play. We did decently in a couple of tennis events because he was so good.”

Walker, who is now 78, served in the Air Force for more than two decades. During his service, he participated in several assignments in Europe, received full scholarships to Indiana University (B.S. and M.B.A.) and was commissioned as an officer.

“I joined the Air Force straight from high school and retired 24 years later with four college degrees and about 10+ years of college,” he says.

Now living in Seminole, Fla., near St. Petersburg, Walker has dedicated his life to a different type of service – serving his local tennis community. The USPTA Professional teaches 6-10 hours a week at the Shipwatch Yacht and Tennis Club in Largo. 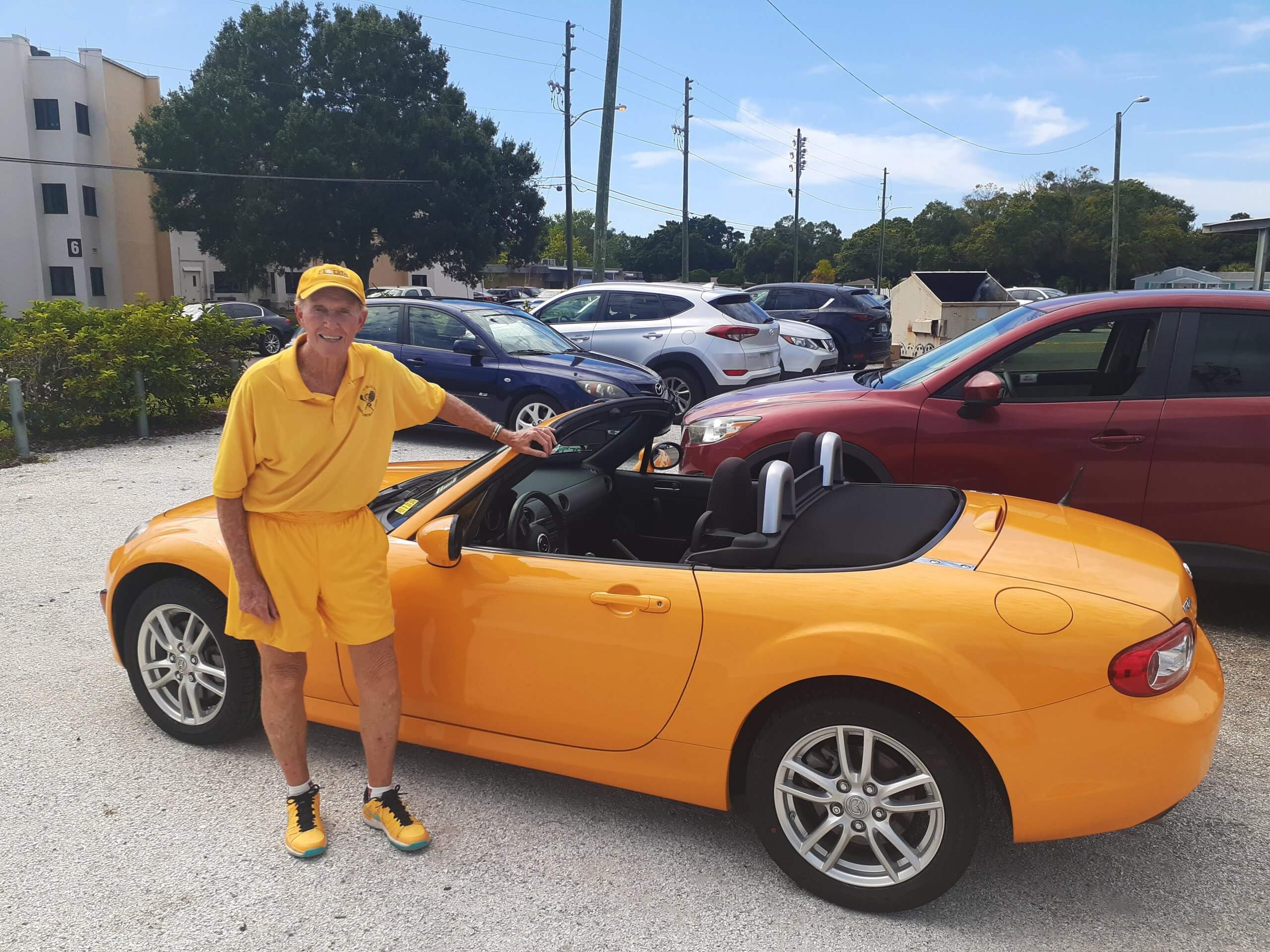 “I’ve been here for 12 years. I was hired to be the Pro Shop manager and worked in there for 3 and a half years,” he shares. “My wife and I became members and played there, then I got USPTA certified and then approved to be an Assistant Tennis Pro.”

Walker also considers himself a promoter, facilitator and supporter of the sport – titles that he takes to heart. In an effort to keep his local tennis community in the loop, he developed a Tampa Bay tennis email list comprised of about 2,000 tennis players and professionals, to whom he sends out a community tennis newsletter 2-3 times a month.

“I started getting email addresses as a team member, then as a team captain wanting to connect with other team captains,” he says.

Walker says when he would learn something interesting about local tennis, the community e-newsletter became the vehicle to share that information. These communications aren’t limited to only USTA members either – Walker includes all types of players in neighborhood tennis.

“I was always on the lookout for new players moving into the county to include them,” explains Walker. “Then someone would ask me to help publicize an event/social/charity tournament at their clubs. Then people would send my emails to friends. It just built and built upon itself.”

Walker believes his e-newsletters are important to the local tennis community because they are necessary to get the word out. He took on the role as the self-proclaimed publicity hub for Tampa Bay tennis happenings because he didn’t know of any other community-wide avenues that would cover and share such information.

“Clubs seem to have limited email lists beyond their members, so outsiders know very little,” he says. “I’ve also developed a list that reaches 1,600 USPTA tennis professionals in Florida and a list of 160 senior men tournament players from around the country I am able to connect with.”

When he isn’t volunteering his time on the court or for his communications, Walker is getting in some match play for himself. Despite his age, Walker has managed to stay fairly healthy and play solid 4.0 tennis through his years, something that he prides himself on.

Age is only a number for this dedicated volunteer, as Walker is already looking forward to celebrating his 79th birthday in November and his eligibility to play in the 80s senior division on January 1, 2021.

“Seniors get excited about getting older if they can play in an older age group… thinking our chances improve!” he laughs.

USTA Florida thanks Wendall Walker for his commitment to keeping tennis players informed, his dedication on the court and for all he does for tennis in Hillsborough and Pinellas counties.

My earliest tennis memory was…”Living in the barracks at an Air Force base in Northern Michigan and going out to hit with a new friend who had played college tennis.”

If I could play tennis with three people, they would be… “Martina Navratilova, Michael Chang (my height), and Jimmy Connors (to experience the intensity and blistering speed of groundstrokes going past me).”

When I am not playing tennis I am… “Helping an inventor friend, Roy McGreevy, who is designing and building a portable, court-side, electronic digital scoreboard for tennis and pickleball.”

My best tennis memory is… “Going to the French Open in Paris, in 1967, and exploring all the courts, seeing big-name players.”

I like to volunteer in tennis because… “It’s very satisfying to help people find out and learn about tennis opportunities.”