Four champions were crowned Monday after an exciting round of divisional finals matches in the 2020 USTA Florida “Bobby Curtis” 16s & 18s Junior Section Championships, held Oct. 17-19, 2020, at the USTA National Campus in Orlando. Both boys’ matchups ended in straight sets while the girls’ finals came down to a match tiebreak. All four champions entered the event as a top eight seed.

No. 2 seed Justin Lyons (Pensacola) was a force in the boys’ 16s division, where he dispatched the No. 6 and No. 4 seeds to advance to the final. There he faced Leonardo Dal Boni (Sarasota), an unseeded player who blazed through the early rounds, upending the No. 3 seed in his opening round, the No. 5 seed in the quarterfinals and the unseeded Chase Healey (Saint Augustine) in the semifinals. The day before, Healey toppled the No. 1 seed in his quarterfinals match. 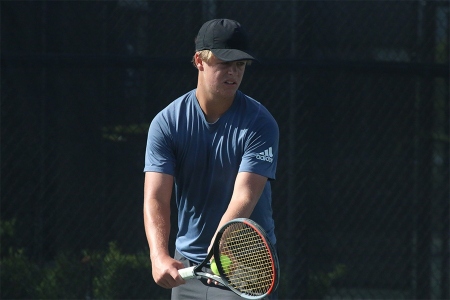 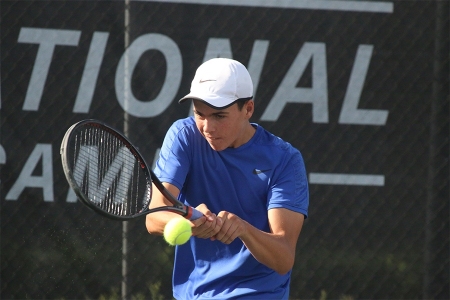 This was Lyons’ first Florida state title, and one he fought hard for. He improved on his 2019 appearance in the “Bobby Curtis” Junior Sectional Championships 16s division, where he reached the second round before falling to eventual champion Mekhi Gbedey. The sophomore is ranked No. 6 in Florida, No. 10 in the Southeast, and No. 47 nationally on TennisRecruiting.net’s recruiting rankings.

The girls’ side of the 16s had its own dark horse in the top half of the draw, as unseeded Taly Licht (Hollywood) upset the No. 7 and No. 1 seeds on her journey to the final. She would go head-to-head with perhaps the most dominant player in the event, No. 2 seed Gabriela Rondon (Hallandale Beach), who had dropped a total of just 15 games en route to the final, handling both the No. 5 and No. 8 seeds with relative ease on Sunday.

“I felt like it [the final] was going to be a really hard match and I had to fight for every single goal,” said Rondon, who according to TennisRecruiting.com, is ranked No. 11 in Florida and No. 18 in the Southeast.

Rondon went on to overwhelm Licht 4-6, 6-3, 1-0 to claim the championship title. It was redemption for the sophomore, who attempted to capture the girls’ 16s title in last year’s edition of the event, but didn’t make it through the second round. 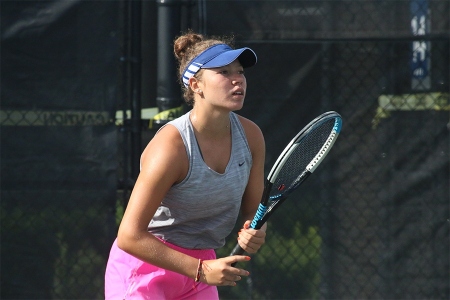 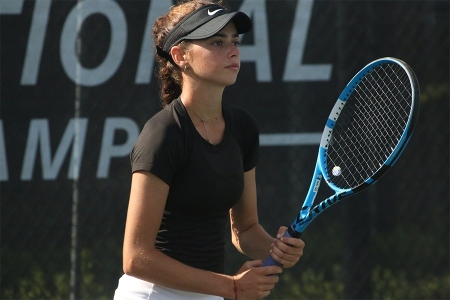 More upsets were abound in the boys’ 18s, as No. 5 seed Sami Ozzor (Daytona Beach) steamrolled his way through four rounds in his quest for his first “Bobby Curtis” singles title. He survived a match tiebreak versus No. 3 seed Emilio Van Cotthem (Vero Beach) in the quarterfinals along the way, before shutting down the unseeded Santiago Cardenas (Tampa) in the semifinals. The other half of the draw saw No. 8 seed Justin Braverman (Naples) play through a trio of tight two-set contests before knocking down top-seeded Adam Duan (Davie) in a tough 7-6(5), 7-5 victory. In the finals, Ozzor went on to defeat Braverman with a comprehensive 6-1, 6-3 result. 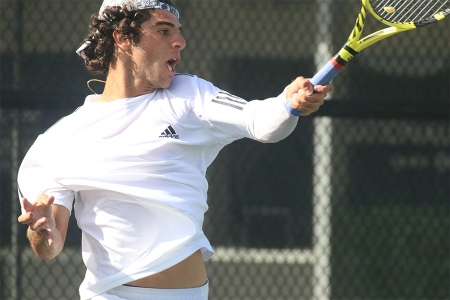 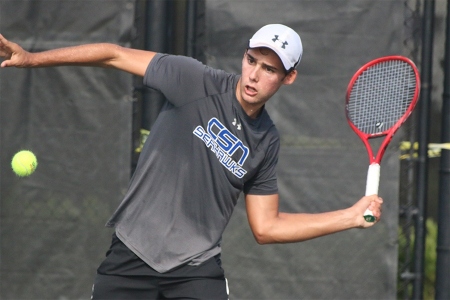 This was Ozzor’s fourth entry into the USTA Florida “Bobby Curtis” Junior Section Championships, and his first-ever title in the event. He’s also a veteran of the “Bobby Curtis” Junior Sectional Doubles Championships, where in 2019 he and partner Eric Berenblit were the finalists in the boy’s 18s final. More recently, Ozzor logged a win at the USTA Florida Level 5 Orange County Boys and Girls 18s at Lake Cane.

Also no stranger to the USTA Florida “Bobby Curtis” events, No. 4 seed Natalie Block (Plantation) took down No. 2 seed Ahmani Guichard (Seminole) 5-7, 6-1, 1-0 in the girls’ 18s final. Block entered the finals with abundant confidence after an explosive first few rounds The American Heritage Plantation sophomore filed three 6-0 sets but also needed to withstand two set tiebreaks and a match tiebreak over the course of her four matches, before rallying to upset No. 1 seed Valeria Ray (Doral) 5-7, 6-1, 1-0 in the semifinals. 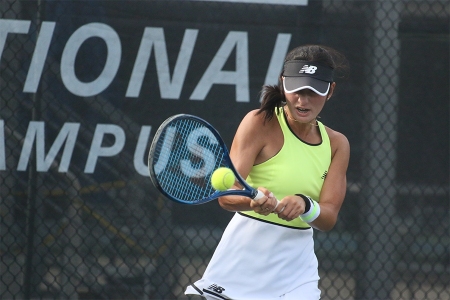 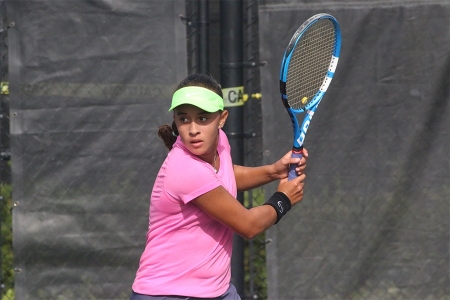 “I just really competed, especially in that tiebreaker that could have gone either way,” said Block after claiming the title. “I just tried to focus not on the score but more on my tennis, which helped me in the end.”

This is Block’s second “Bobby Curtis” singles title, following the girls’ 14s crown in 2018. She also took home titles in girls’ 18s and mixed 18s doubles competitions in the 2019 Doubles Championships. Block is ranked No. 17 nationally and No. 3 in both Florida and the Southeast on TennisRecruiting.net’s recruiting rankings. 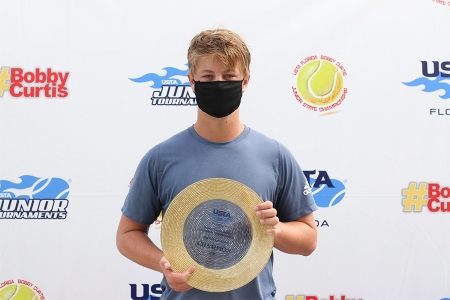 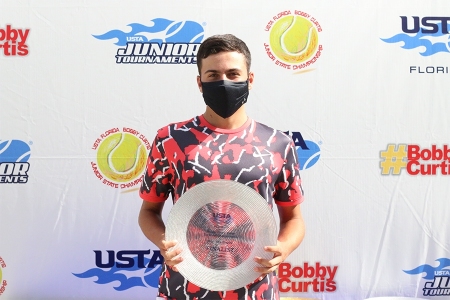 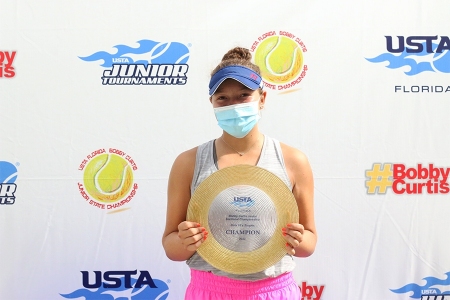 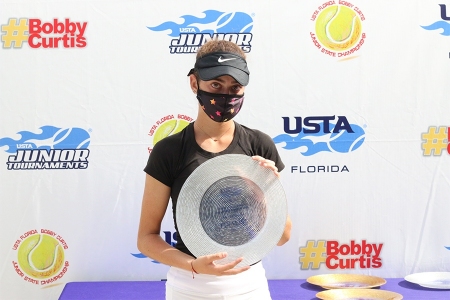 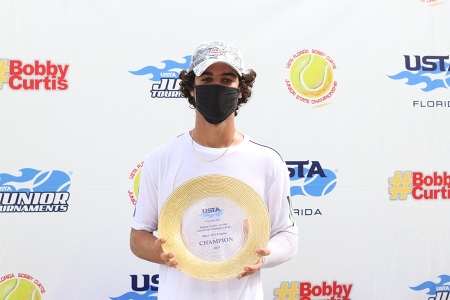 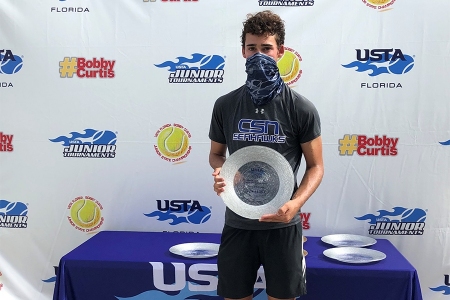 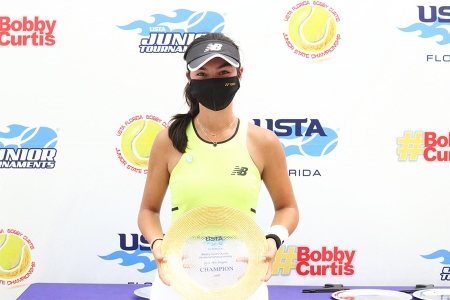 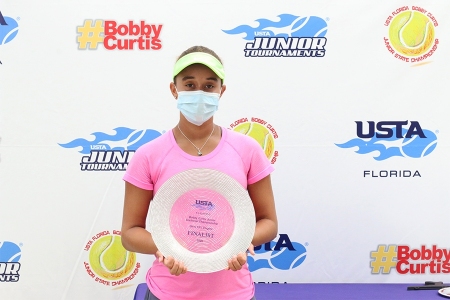 We're back at the USTA National Campus for #BobbyCurtis2020! Can't say we're surprised at the level of talent showing up…