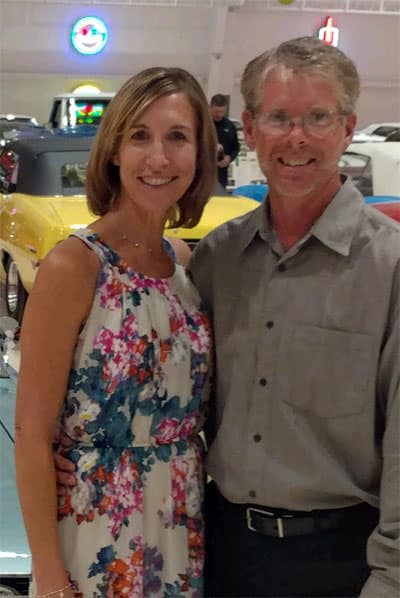 Satellite Beach’s Jen Jackson is back to playing tennis after a 20+ year absence. She’s also recruiting new league players, and is raising the bar on her personal goal of promoting sportsmanship and sportswomanship among players at her home Kiwi Tennis Club and around Brevard County.

“I’m trying to cultivate excellence in good sportsmanship and sportswomanship, like conduct on the courts that carries into fun fellowship off the courts for a greater sense of community,” says the adult teams coordinator at her club. “Good sportswoman conduct is important to me because tennis is typically everybody’s recreational hobby for stress relief or exercise as a lifetime sport. Who finds it fun when people cheat or behave rudely on the court during match play? Health is wealth, so an attitude of gratitude for the love of the game is what truly matters.”

Jackson only years ago returned to tennis after an injury during her school days she thought was career-ending.

“I thought I had hung up my racquet for good in college when I was diagnosed with osteosarcoma in my left leg during my sophomore year at Georgia Tech,” she said. “A cadaver bone with a knee replacement was surgically implanted in order to prevent leg amputation. I walked with a limp and cane on and off for years without any sport-related activity during my 20s and 30s. Therefore, it has been a blessing to strengthen my leg in my 40s by getting back into tennis the last five years as a member of the Kiwi Tennis Club.”

This year she has seen an increase in USTA League players by encouraging participants to invite a friend.

“I believe the increased involvement of USTA teams is due to the relationships amongst the players within the club,” she says. “Kiwi club members who participate in USTA encourage others new to the club to meet others by joining a league or simply enjoy trying the fun, competitive play. Once people positively connect in league play then they continue to recruit others and join leagues in the future.”

Jackson also gives back to the community through her alma mater, the local Satellite High School where she played on the girls team. For the last two years she has coached the Satellite High girls tennis team while working as a part-time media specialist in the school system.

“In addition to captaining several teams, she is the lead coordinator at Kiwi Tennis Club that assures that every member that wants to play on a USTA team gets to,” says USTA Florida Local Leagues Coordinator Pat Dempsey. “She has increase substantially the number of teams that are playing out of that facility.”

USTA Florida congratulates and thanks Jen Jackson as the March 2018 Florida Tennis Volunteer of the Month for growing league play while stressing fair play and fun in Brevard County.

“I am grateful to serve with love while connecting great people together in our community,” she says.

If I could play tennis with three people, they would be…”Chrissy Evert, Arthur Ashe, and Jesus.”

When I am not playing tennis I am…”Reading books, cooking, going on adventures, playing board games, socializing, or playing bridge.”

My best tennis memory is…”Playing on the courts again after a 20-year absence when my doctors suggested I not consider doing it with my knee replacement due to my osteosarcoma history.”

I like to volunteer in tennis because…”people enjoy the camaraderie and community, plus it can be therapeutic for the soul.”