The Emerald Coast of Florida had a busy tennis month of April. From the High School State Champion girls of Niceville to the 128 team Pink Ribbon Breast Cancer tourney at Pensacola to the “T-3 Thanking Our Troops Through Tennis” event christening the eight new courts at Eglin Air Force Base near Niceville, tennis events were hopping.

Of course, the great flood of April 29th badly damaged 4 clay courts at Roger Scott Tenis Center in Pensacola when 27″ of rain pounded the courts for nearly 10 hours. The tennis scene in Pensacola was further eroded with the closing after 28 years of Pensacourt with their 6 clay courts, fitness center and pool. 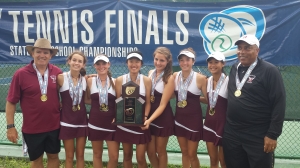 But first up is the celebration of the first ever 3A Girls State High School Tennis Championship for the Niceville Eagles. All five singles players made the finals while the number 1 doubles team of Antonia Poate and Samantha Sepe lost 10-7 in the third set tiebreaker in the finals. Number 2 doubles made the semifinals.

Every girl that played made a final, amazing!! Congratulations Lady Eagles! And as an extraordinary aside, Antonia Poate also has a golf state championship medal to add to her tennis honors.

Pensacola Catholic’s number #1 player, Chris Ephron, made the singles finals for the 1A Crusaders team. Having no seniors, Catholic should be very tough next year.

T-3 Thanking Our Troops Through Tennis 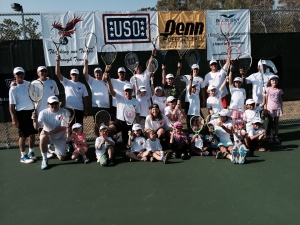 Pros and Kids at the Eglin Clinic

On Friday April 25th from 1:00 to 5:30PM at Eglin Air Force Base in conjunction with the opening of the base’s 8 new hard courts, 16 tennis professionals donated their time to the Dick Stockton Blue Sky Foundation tennis section known as “T-3, Thanking our Troops through Tennis.”

The mission of the Blue Sky Foundation is to bring the game of tennis to children who may not have access to the game or the ability to pay. Qualified coaches and mentors encourage positive youth development through varied sports programs that encourage physical fitness and offer certified educational curriculum’s.

The goal is to insure that that all participants reach their full potential. Through the “Thanking Our Troops Through Tennis” (T3) program, world class tennis players bring a wealth of tennis knowledge to servicemen, servicewomen, veterans and all their families at military installations throughout the country.

A total of approximately 75 participants of family members from Eglin Air Force based ranging from adults to children enjoyed the acticities. 10 and under children used the orange balls on 36 foot court.

Among the tennis professionals donating their time were Andrea Jeager former WTA #2 in the world,  JoAnne Russell 1977 Wimbledon Doubles champion, and Adriana Solarova former WTA professional. Stockton himself, who rose to #8 in the world, was a semifinalist at Wimbledon in 1974 and was a five time USA Davis Cup team member. 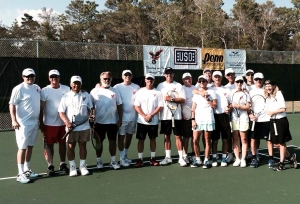 The 12th Annual Pink Ribbon Tennis Tournament was held March 24-25, 2014 at the Roger Scott Tenis Center in Pensacola and raised over $85,000 for local breast cancer charities. 128 teams of women participated in two 64 team compass draws. All teams were guaranteed 4 matches in the two day event. On Thursday evening, Club II Dircetor of Tennis, Brian Sakey, conducted an 8 team Calcutta from which all the winnings were donated back to the Pink Ribbon Cause.

The Pink Ribbon tournament is an all volunteer affair with the money being donated to local charities who provide mammograms for area women who can’t afford them. Please check out the Pink Ribbon website at http://pinkribbontennis.com for pictures of the 16 winners and finalists, the sponsors and the volunteers for this wonderful event. 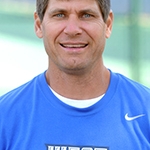 The #1 ranked and undefeated (25-0) University of West Florida (UWF) Argonauts are headed to Altamonte Springs, FL for the NCAA Division II National Championships on May 14, 2014. The UWF men defeated #14 Valdosta 5-0 to win the South Region title. 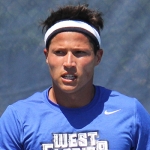 The senior posted a 22-0 record in singles play and retained the ITA No. 1 singles ranking for the entire season. (Photo by Bill Stockland)

For more information on all UWF men’s and women’s tennis, visit www.GoArgos.com.

The two biggest adult tennis tournaments on the Emerald Coast, the Helen Drake Invitational at Tops’l Beach & Racquet Resort in Mirmar Beach and the Rosemary Beach Adult Open drew 406 players to the two USTA Florida Designated events. For complete results of the two tourneys please use the following links.