Thousands of players of all ages are hosted by the Palm Beach Gardens Tennis Center each month – a feat that wouldn’t be possible without the woman behind the center’s operations, Wendy Tatum.

“Wendy has provided her facility the opportunity to serve a multitude of individuals by making her facility accessible to all,” says USTA Florida Tennis Service Representative Dustin Forman. “The diverse and wide-ranging programs she offers provides individuals from all walks of life an opportunity to fall in love with tennis.” 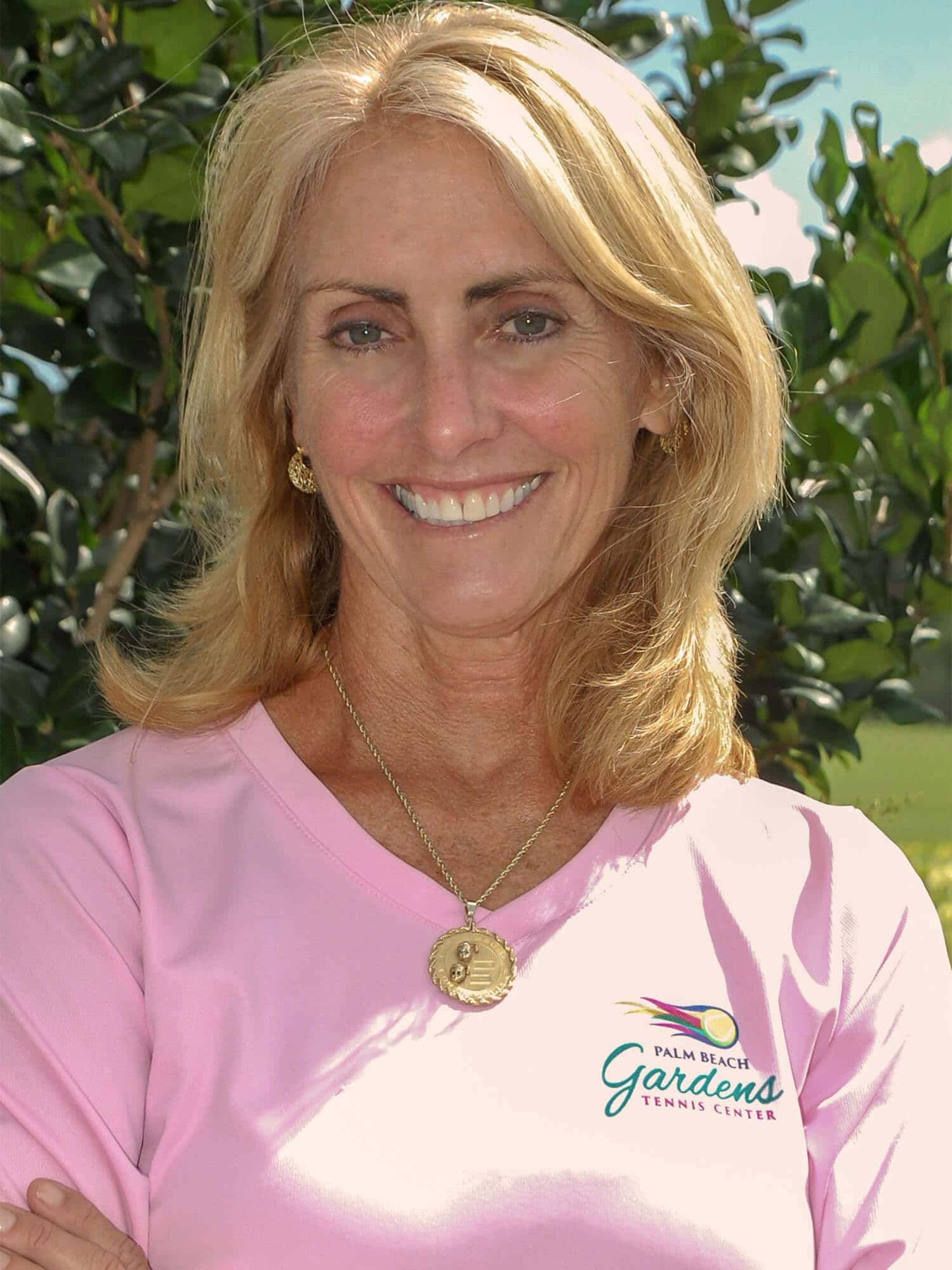 Tatum, who has been with the center since 2014, serves as the Director of Tennis and Pickleball for the city and oversees all operations of the Palm Beach Garden Tennis Center. It’s no easy task – the job includes strategic planning, oversight of daily maintenance, hiring, communications, tennis professional contracts, merchandising, programming… and the list goes on. Despite the heavy workload, Tatum has remained flexible, innovative and willing to meet the ever-changing needs of consumers. Her philosophy on the long-term growth of tennis is to make the sport as welcoming as possible.

“To flourish, tennis must draw participants from the broadest spectrum of society,” says Tatum. “To do that, it must be perceived as open, accessible, and welcoming to all. Tennis at a publicly owned facility has those attributes.”

The Palm Beach Gardens Tennis Center is considered a premier community public tennis facility. The center, boasting 20 hydro-grid clay courts, four hard courts and six pickleball courts, has won several awards including the 2019-2020 USTA National Member Organization of the Year, 2018 USTA Florida Member Organization of the Year, and the 2014 USTA National Outstanding Facility award. Helmed by Tatum, who was named the 2019 USPTA Large Facility Manager of the Year, the center prides itself on offering a wide variety of programs that appeal to all levels and abilities of players within their community. 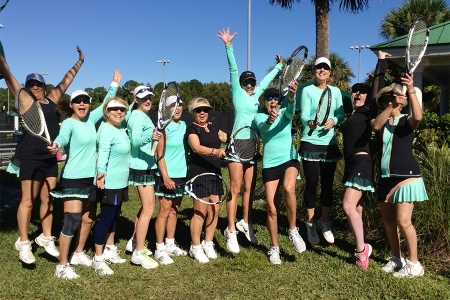 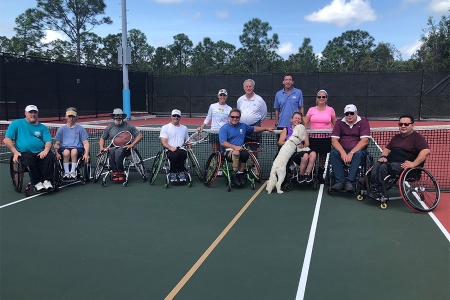 “The center serves preschoolers, youth, adult and senior age groups, youth adaptive and adult adaptive groups, and participates in charitable efforts,” shares Tatum. “We also serve those who may not be players but want to be.”

Hitting each age group and ability level is necessary for the center, which touts a lengthy list of programming and private lessons led by USPTA-certified and PTR-certified professionals. The center counts more than 600 tennis players and 300 pickleball members – numbers Tatum hopes continue to grow.

“The center’s emphasis is on tennis as the ‘sport of a lifetime’ with benefits in enjoyment, fitness, health, and social interaction available to all,” she says. “Our hope is to engage, introduce and bring as many people into our world of tennis.” 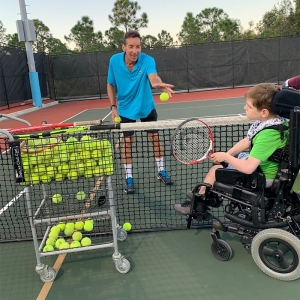 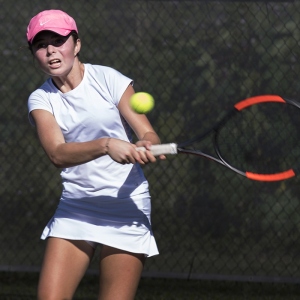 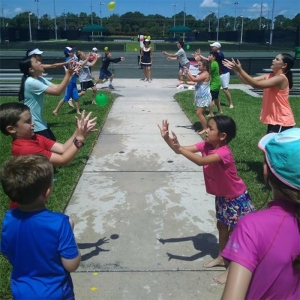 Like recreational facilities across Palm Beach County and the state, the Palm Beach Gardens Tennis Center experienced a six-week shut down due to the COVID-19 pandemic.

“The COVID-19 shutdown was a heavy blow to players, professionals and to our organization, dependent as it is on revenues generated from programming,” explains Tatum. “We were anxious to reopen but knew that we needed to act in a considered and deliberate manner, with the safety of our staff and patrons of paramount concern. We made detailed but tentative plans in April before a step-by-step reopening started in June.”

Public facilities have been critical to resuming tennis play in Florida. Now back up and running with safety precautions in place, the goal to grow the game of tennis in Palm Beach Gardens and the surrounding area is once again a priority. So much so, that later this year the city is set to unveil a brand-new, two-story, 14,400-square-foot clubhouse. The construction on the nearly $5 million structure began in May of 2019 and is expected to be completed in September, to replace the 2,000-square-foot building built more than two decades ago. 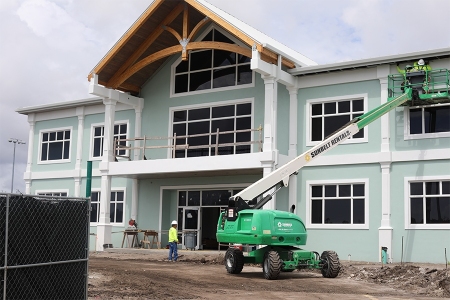 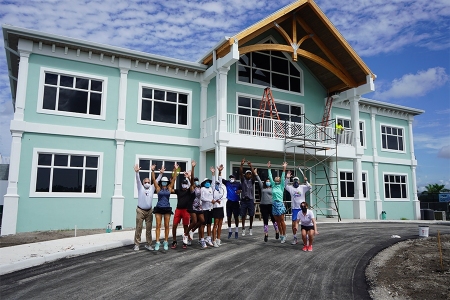 The clubhouse will include indoor and outdoor dining services as well as other amenities such as a pro shop, men’s and women’s locker rooms, observation decks and rental space for special occasions. For Wendy and her staff, who are excited for the project to be completed, its another reminder of how much they love the sport and the players who take the court here.

“Their general good cheer, camaraderie and cooperative spirit, as well as their dedication to tennis and determination in continuing to play, are a constant inspiration to all of us,” says Tatum. “Seeing the growth of tennis here and the enjoyment on the faces of those who play here – that is what we treasure the most.”