55 tennis courts spread across 10 sites may seem like a lot to manage, but for Glen Howe, the Tennis Superintendent for the City of Tallahassee, that is all part of a day’s work.

“Working for this city has taught me the importance of enriching the lives of our community as well as being responsible for the safety and wellbeing of Tallahassee,” says Howe, who has been working for the Tallahassee Parks and Recreation Department for 14 years. 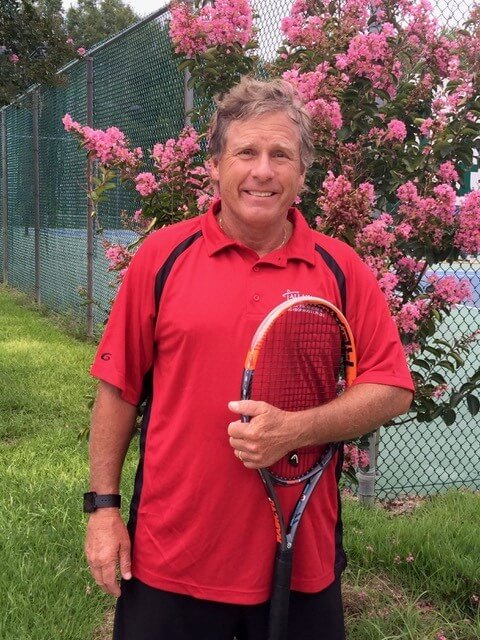 With 10 certified teaching professionals and several tennis instructors, the city’s facilities provide a plethora of opportunities to the 5,000-6,000 active tennis players participating in the city’s tennis programming. According to 2019 population estimates from the U.S. Census Bureau, Tallahassee has 194,500 residents – meaning about 3% of the city’s population is hitting the courts.

“We want these tennis facilities and programs to create an active lifestyle that can be played for a lifetime for the surrounding tennis community,” Howe shares. 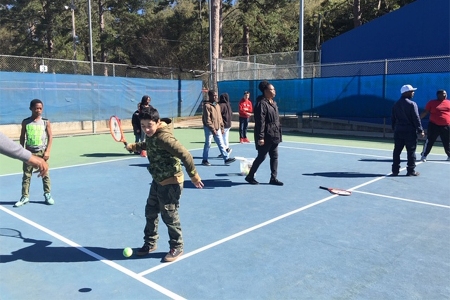 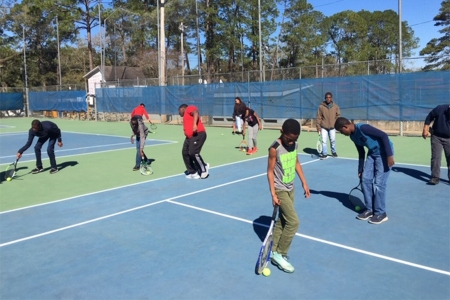 “The idea for the program started with my grandson who has autism. I wanted to assist him in learning and playing the game that I love,” says Howe. “As I began looking into it, I discovered that there was a real need for more activities that served this population in Tallahassee.” 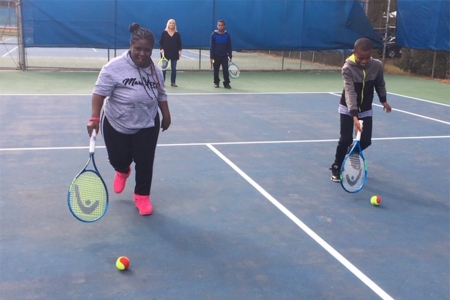 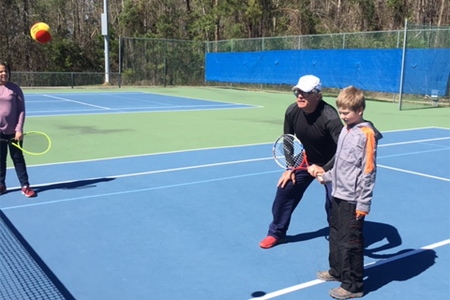 Love Serving Autism is a non-profit organization that provides specialized therapeutic programs with tennis instruction throughout Florida for children and adults with Autism Spectrum Disorders and developmental challenges. After seeing the enormous need for this program in the Tallahassee community, Howe worked for months to get the classes up and running.

“Immediately I began receiving phone calls, emails, and messages from parents that were extremely enthusiastic about the program,” he shares.

Prior to the COVID-19 pandemic, Howe says monthly jamborees for the city’s Love Serving Autism athletes were held along with a weekly program at Forestmeadows and the Walker Ford Community Center.

“In a short period of time, we had over 40 kids and their parents participating,” explains Howe. “I am most proud of our Love Serving Autism program.” 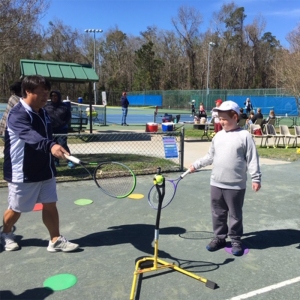 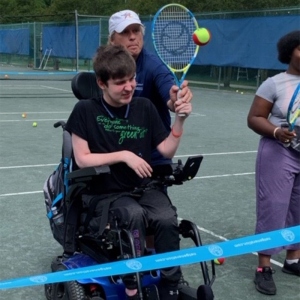 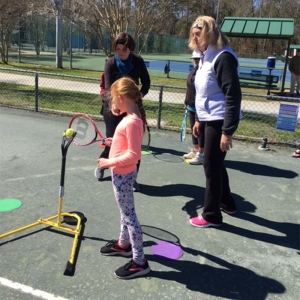 That program along with entire schedules at the city’s facilities were put on hold in March, when all facilities were closed for a period of time amid the pandemic. While no lessons or programs have resumed in the city as of August, Forestmeadows and Tom Brown Park have reopened under strict guidelines of play.

“During these trying times, playing tennis for many is their only exercise and socially-distanced experience,” says Howe. “Especially for the senior tennis population, the chance to play gives some hope that everything will be okay. Tennis is an important part of our patron’s existence and mental stability.”

Howe understands the important role public facilities play in resuming tennis in Florida and is focused on getting players back on the court safely during the gradual re-introduction of tennis in Tallahassee. Despite the “new normal”, Howe doesn’t plan to let anything get in the way of his passion for sharing the sport with others.

“This has been my career choice for more than 40 years and I have found that I have reinvented myself numerous times,” says Howe. “Tennis has given me the opportunity to meet many incredible people and to see some very amazing places. I’m living the dream.”