In celebration of Pride Month, throughout June USTA Florida recognizes all of those in the LGBTQ+ community whose talents and dedication help to grow the great game of tennis every day — at every level. We applaud them all for making tennis a better and more inclusive sport, and for making the face of our game more accurately reflect the dynamic diversity of our country.

Marilyn Rubin is a Brooklyn, New York native who now lives in North Miami Beach. She took up tennis later in life at the age of 67 and continues to play today at 74 years old. She is a member of the Miami Mavericks, a non-profit tennis organization that offers organized tennis activities and social events to enhance tennis play in the Miami area. The organization, which is primarily male, has a goal to bring together a tennis-playing community of LGBTQ+ individuals. Marilyn was welcomed into the organization after her search for a group of women to play tennis with came up short. 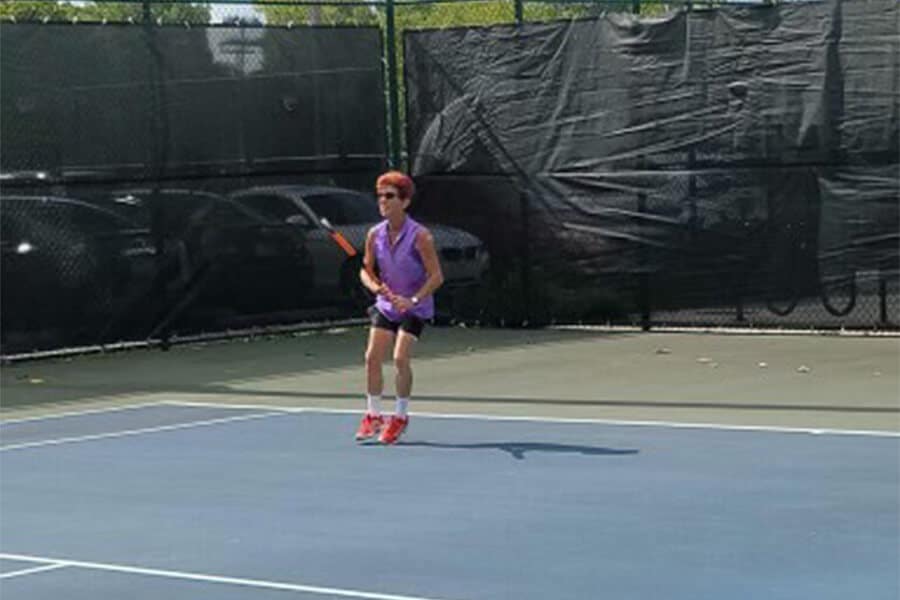 Tennis is clearly a big part of your life. When did you first pick up a racquet?

I started to play tennis at the age of 67. My sister asked me what I wanted for my birthday and I asked her for a tennis lesson. I had never played tennis before although I have been athletic all my life – doing aerobics, dance, weight training, and teaching Iyengar yoga for almost 20 years. I do believe that Iyengar yoga has given me the ability, balance, flexibility and strength to play tennis, but I did need to improve my cardio stamina since tennis is an intensely cardio demanding sport. I went to the gym and started running and training to play. In spite of the vulnerabilities of my spine, I was still able to train, learn and become a pretty good tennis player.

How has your experience been with the Miami Mavericks?

I found the Mavericks in the summer of 2019 (I believe) while I was looking for a group of LGBTQ+ tennis players, more specifically women, so I could expand my social connections since I am single and I thought tennis would be a better avenue than internet dating! I had no idea about the Mavericks, but they invited me down to play with them. Turns out the Mavericks were a group of gay men — all about 20 years younger than me — but it didn’t matter one bit. They welcomed me with open arms, have supported my game and helped me improve and take my game to a higher level. I think that was in the summer of 2019.

In the Fall of that year, they asked me to compete in a tournament. Of course, at my level, I was the only woman in a group of roughly 40-50 males, all of whom were considerably younger than me! I came in second at my level and received a beautiful trophy. Then I competed in a USTA tournament at the 3.5 level and walked away as the winner. A second trophy! In January 2020, we played at Key Biscayne for the Art Deco tournament and my partner Roger and I placed second in mixed doubles. After COVID hit last year, there was little tennis to be played with the Mavericks but we did keep in touch with each other. Recently, a party was held in honor of those of us who celebrated birthdays in May. It was the first time we were all together since everything shut down in March 2020, and it was very wonderful to see everyone. We’re now back to playing on Sunday mornings at Morningside Park and I’m hopeful tournaments will soon be organized again. I would also love to see more women join us on Sunday mornings!

Overall, this is an amazing journey that I am taking with the Mavericks, with tennis and with myself — proving that it is possible at any age to grow, learn and improve one’s life no matter what. I have had a few injuries along the way that sidelined me for a while but I kept going. I have had two coaches and still take lessons on a weekly basis. 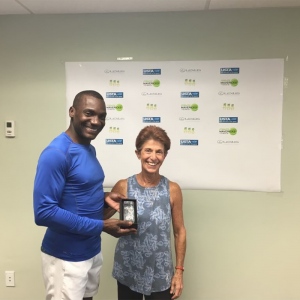 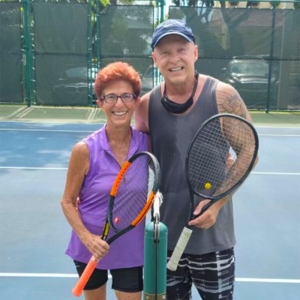 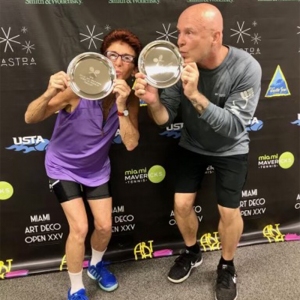 Why do you think it is important for there to be LGBTQ+ specific sports clubs/organizations?

I do think that it is important to have LGBTQ+ specific sports clubs and organizations at this time in our society’s development. We have come a long way culturally and socially but I do also know that on the professional tour, it has been difficult for players to come out. There are many who have and I applaud them and have high regard for their forthrightness. I came out later in my life and realize that much of the hard work was done before me and continues to evolve.

How can USTA Florida better engage the LGBTQ+ community in Florida?

Perhaps by establishing a tournament specific to the LGBTQ+ community and connecting not only with the Mavericks but with the other teams in Florida — such as Orlando, Fort Lauderdale and Tampa.

Do you have an LGBTQ+ sporting hero?

One of my favorite LGBTQ+ heroines is Australian tennis player Sam Stosur. The 2011 US Open champion kept her sexuality a secret from adoring fans for years — and didn’t publicly acknowledge her sexual orientation until she was 35 years old. 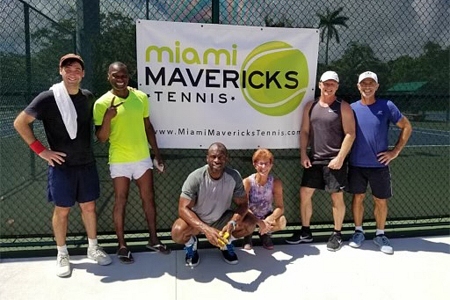 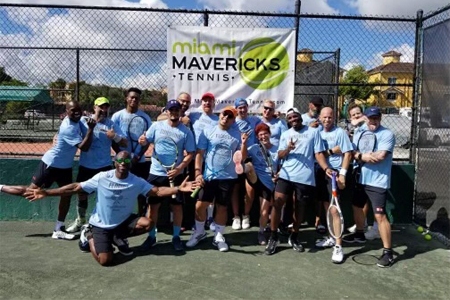 What advice do you have for members of the LGBTQ+ community about getting involved in tennis?

Tennis is a great sport for everyone and no matter what age, orientation, race, etc there is an opportunity for fitness, personal social connection, and just plain fun. So here I am at the age of 74 playing tennis with men and hopefully more women most of whom are much younger than myself and having a fantastic experience.

USTA Florida believes tennis is for everyone. For more information on how you can support, participate in, or find tennis play opportunities for the LGBTQ+ community in Florida, visit USTAFlorida.com/Diversity.