Four squads from three counties took home sectional titles from the USTA National Campus on Tuesday, as the 2020 USTA Florida Adult 65 & Over Sectional Invitational wrapped up after a weekend of play.

Teams representing Pinellas County (McMullen Tennis Complex, Clearwater) swept the 8.0 titles. The Pinellas women dominated the field to earn their divisional crown with a perfect 9-0 in the individual matchups in their three dual matches. The squad only dropped 54 games and just two sets to separate themselves from the rest of the pack.

The men’s 8.0 came down to Pinellas and Duval County (Boone Park, Jacksonville), who both reached the championship dual after emerging from flight play untouched. Pinellas navigated through the double round-robin Flight 2 with a 4-0 record, while Duval captured Flight 1 with an effortless 3-0. When it came down to the final, Pinellas prevailed on all courts. At the second spot, Albert Alhadeff and Thor Moody took their doubles match effortlessly without dropping a game, while teammates John Leep and Terry Reeb finished off line three 6-2, 6-2. With the title already clinched, Duval retired on the first doubles court leaving Pinellas to close out their sweep.

The men’s 7.0 competition was a nailbiter until the very end, with the last dual of the division deciding what squad would win the crown. Marion County (Glenview Champions Tennis Club, The Villages) was the unbeaten favorite coming into Tuesday’s play with Hillsborough County (Temple Terrace Recreation Dept., Temple Terrace) at a close second – but that all changed with an impressive Hillsborough sweep when the two went head-to-head in the afternoon. Hillsborough went on to defeat winless Duval County (Marsh Creek Country Club, St. Augustine) to secure the title.

It was a different story for the 7.0 women from Duval (Boone Park, Jacksonville), whose shutout 3-0 in the championship dual kept Pinellas County (Tarpon Tennis Club, Tarpon Springs) from capturing yet another sectional title. A dramatic 3-6, 7-6, 1-0 comeback on court one along with their victories on courts two and three helped the team capture the top spot.

The competing teams represented various clubs, parks, recreational departments and organizations, and finished at the top of their local leagues during the 2020 season to advance to the USTA Florida 65 & Over Sectional Invitational. 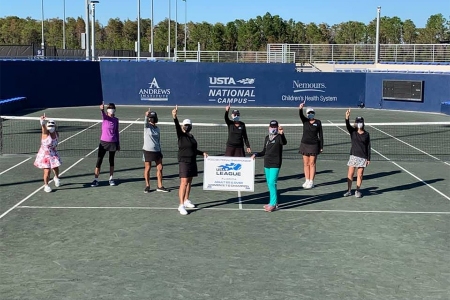 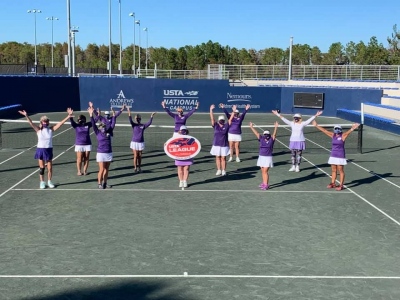 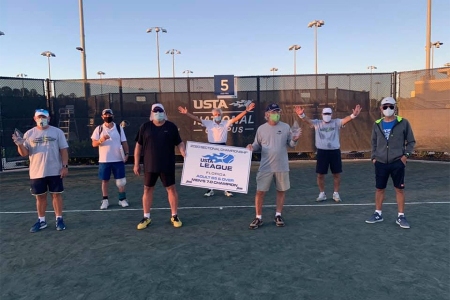 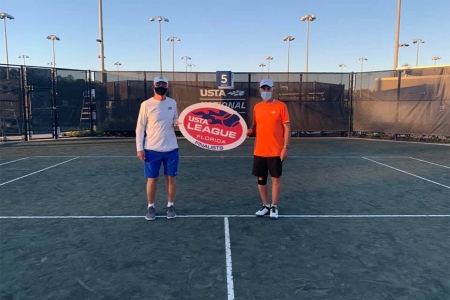 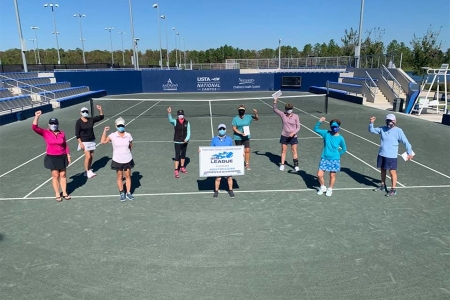 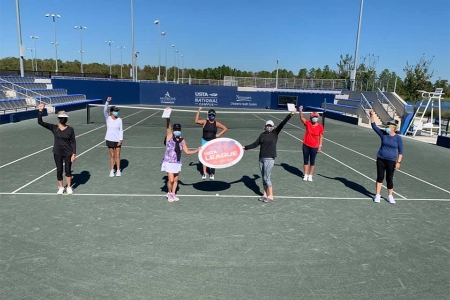 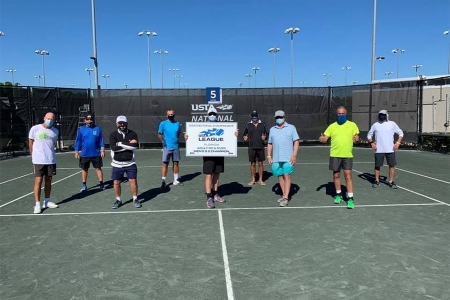 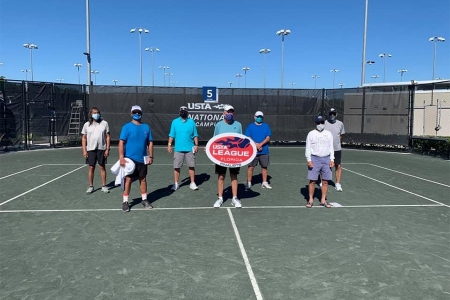