Racine has won 747 matches at UWF and 153 previously as head coach of both teams at the University of Mobile, Alabama.

On Friday, March 13, the #1 UWF men’s tennis team’s win streak came to a halt at 38 victories with a 4-5 defeat at the hands of #2 ranked Hawaii Pacific. The UWF men now stand 9-1 for the season (4-0 in Gulf South Conference play). UWF was undefeated in 2014, beating Hawaii Pacific in the NCAA Division II final in Altamonte Springs, Fla.

The Brookwood boys from Snellville, Ga., and the Cypress Creek girls from Port Orange, Fla., defended their titles. 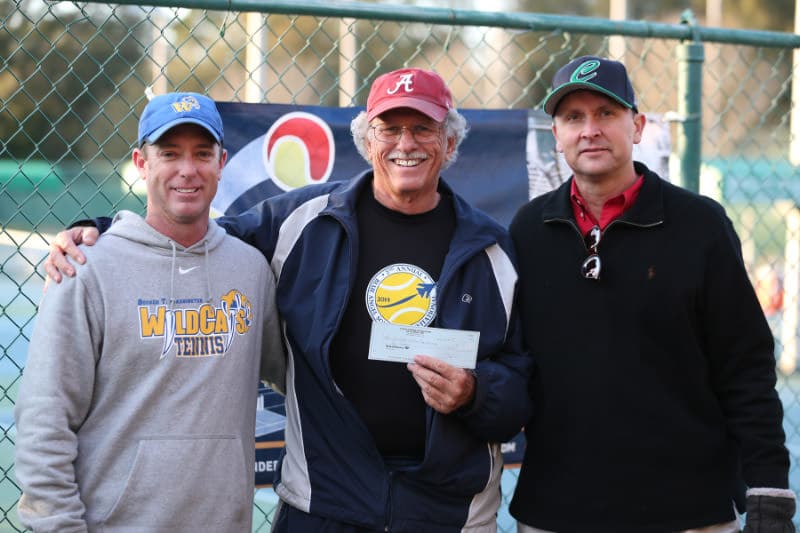 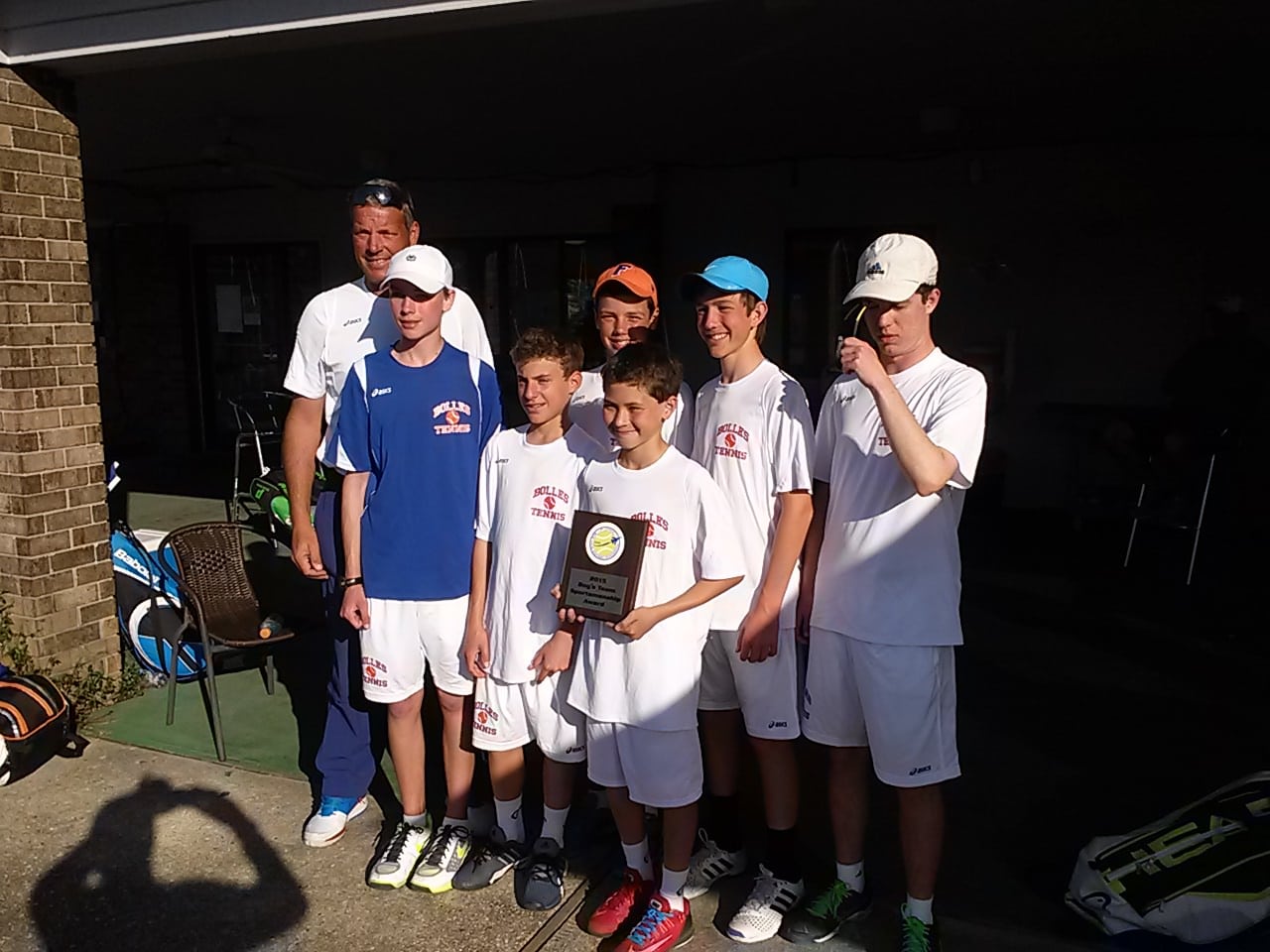 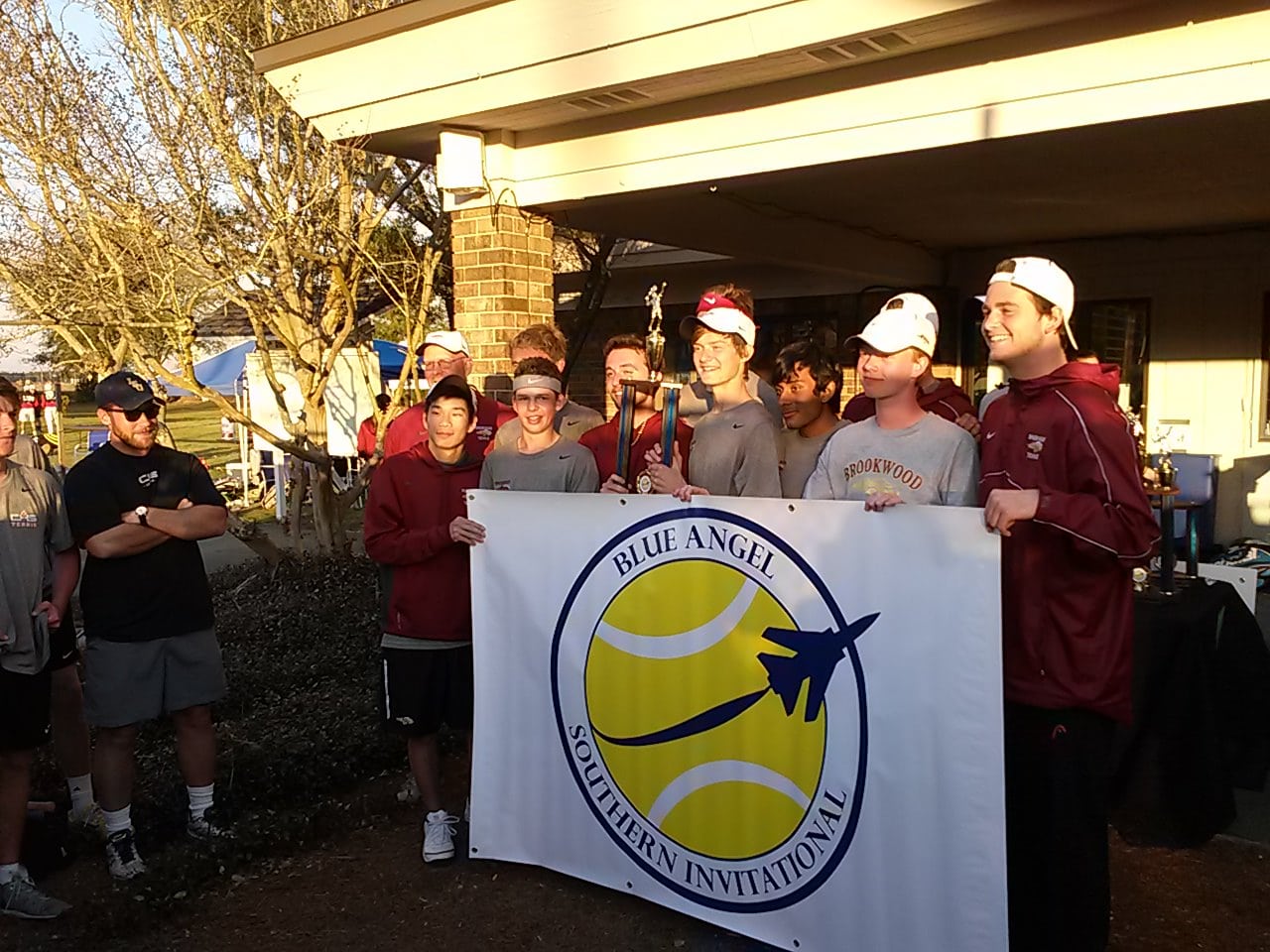 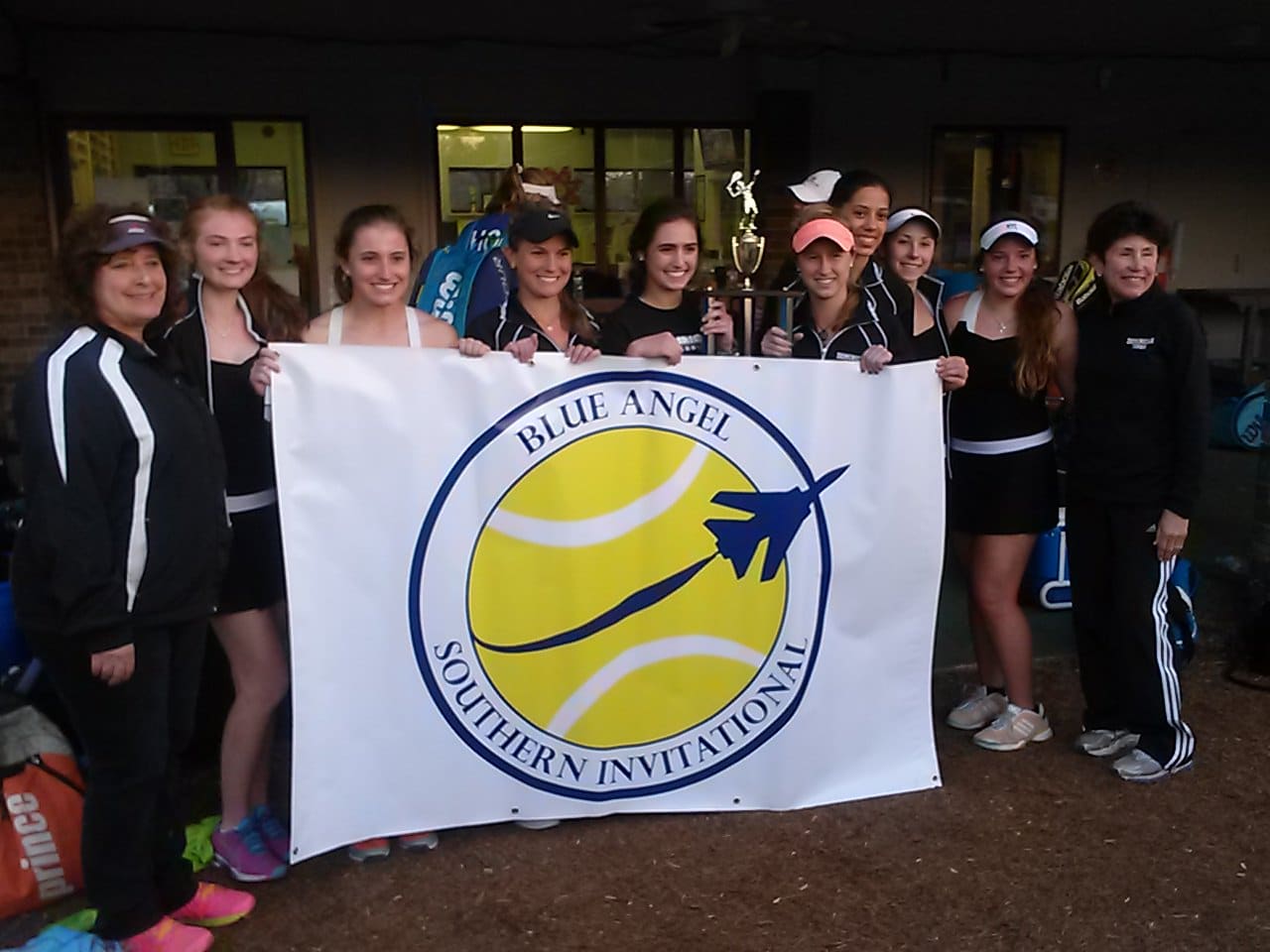 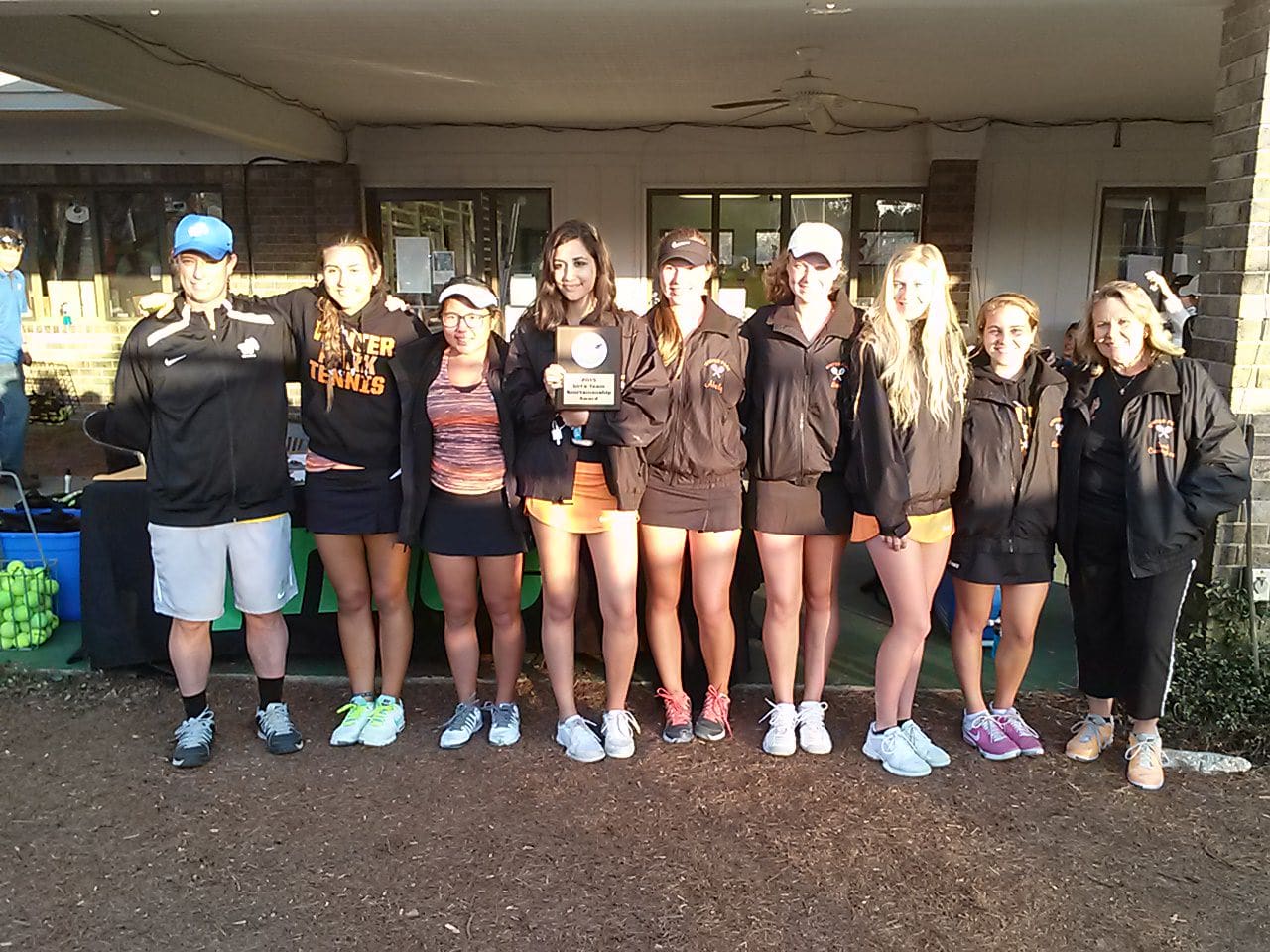 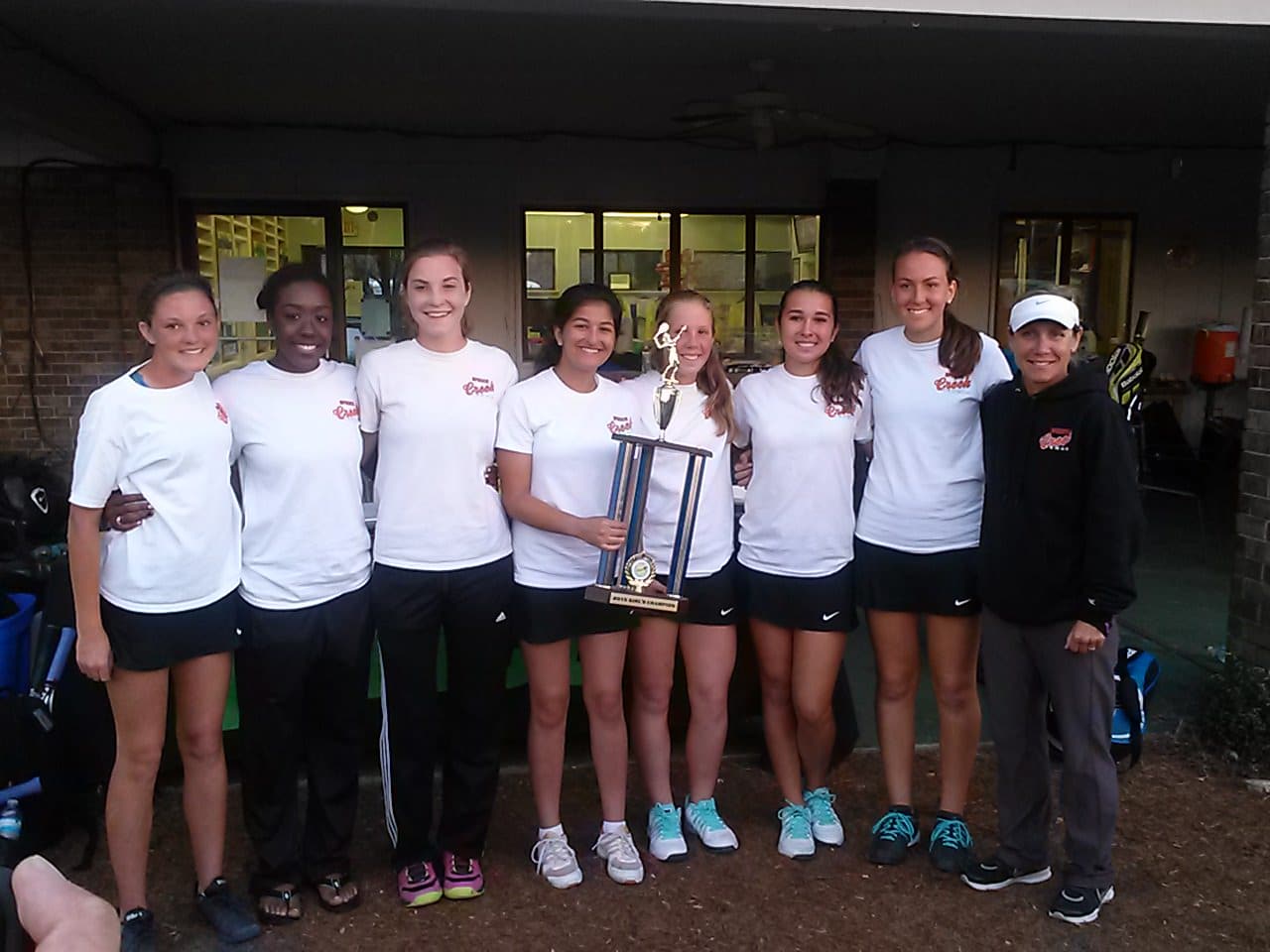 The tournament is developing into one of the premier high school tournaments in the country. Although it was very cold and windy for the first couple of hours on Friday, the weather turned out beautiful for tournament founders Michael Edge of Pensacola Washington and Geoff Watts of Pensacola Catholic, the host schools.

The girls’ final between Cypress Creek and New Orlean’s St. Mary’s Dominican was a nail biter all the way. The format for the tournament was six singles and three doubles. With the doubles already having been played, Cypress Creek trailed 3-4 with #5 and #6 singles on the court. After #6 won her match to tie things, #5 Danielle DuPuis, a freshman, fell behind 1-6 in the match. She rallied to win the second 6-3 and the third set tiebreaker 10-5 to be mobbed by her team and coach, Rita Gladstone.

The girls’ third place match went to Vestavia Hills of Birmingham, Ala., 9-0 over Winter Park, Fla.

The boy’s final was also hotly contested but the score wasn’t as close as the girls. Brookwood defeated Baton Rouge Catholic 6-3.

Players enjoyed lunch on both Friday and Saturday as well as a cookout Friday night provided by the tournament.

Please enjoy the following video created by Anne Baehr, grandmother of Washington player Jacob Baehr. Naturally, the video is tilted toward Pensacola players but there are others as well and a beautiful scene of Roger Scott Tennis Center at the end.

The tournament was one of the USTA National 500 Sectional tournaments for both men and women. However, only one woman entered. 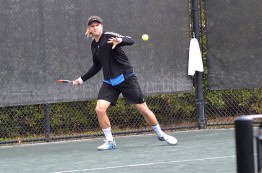 Zenisek and his partner, Graham Alrutz of Daytona defeated Chad Cage of Pensacola and William McClelland of Troy State University 6-4, 6-0 to win the Men’s Open Doubles.

One hundred four players participated in this year’s event, up 24 from 2014, and while cloudy and sometimes misty, the weather cooperated quite well. Tournament Director Bruce Caton, Tennis Director of Roger Scott Tennis Center, had plenty of food and refreshments throughout the tourney.

Tennis-4-Everyone (started in 2001) is a program in Pensacola run by Rita Dotson, a USPTA-certified tennis pro. She won an award at the USTA Florida Annual meeting in December 2013 for 10 and Under Tennis Programs in Florida. 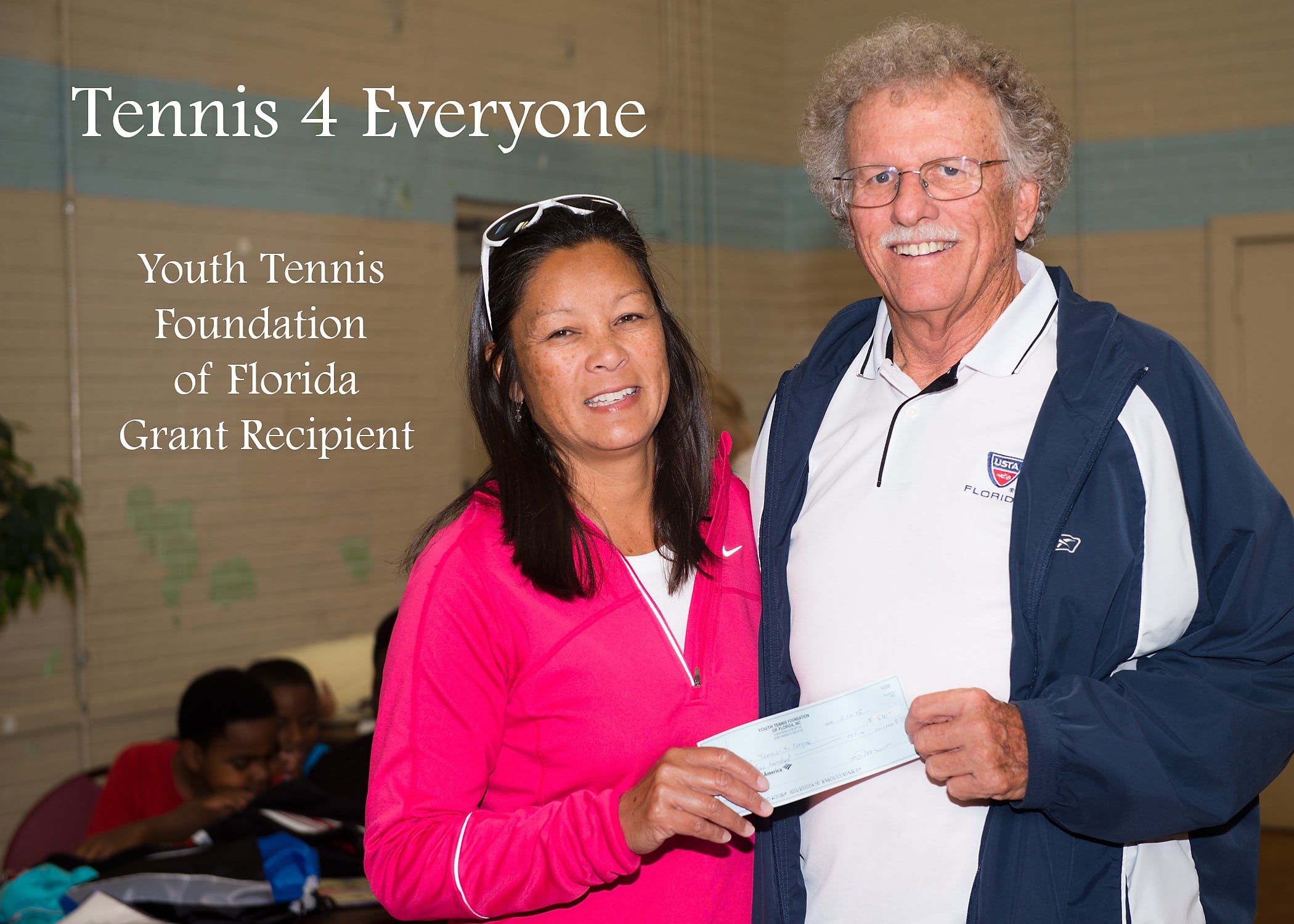 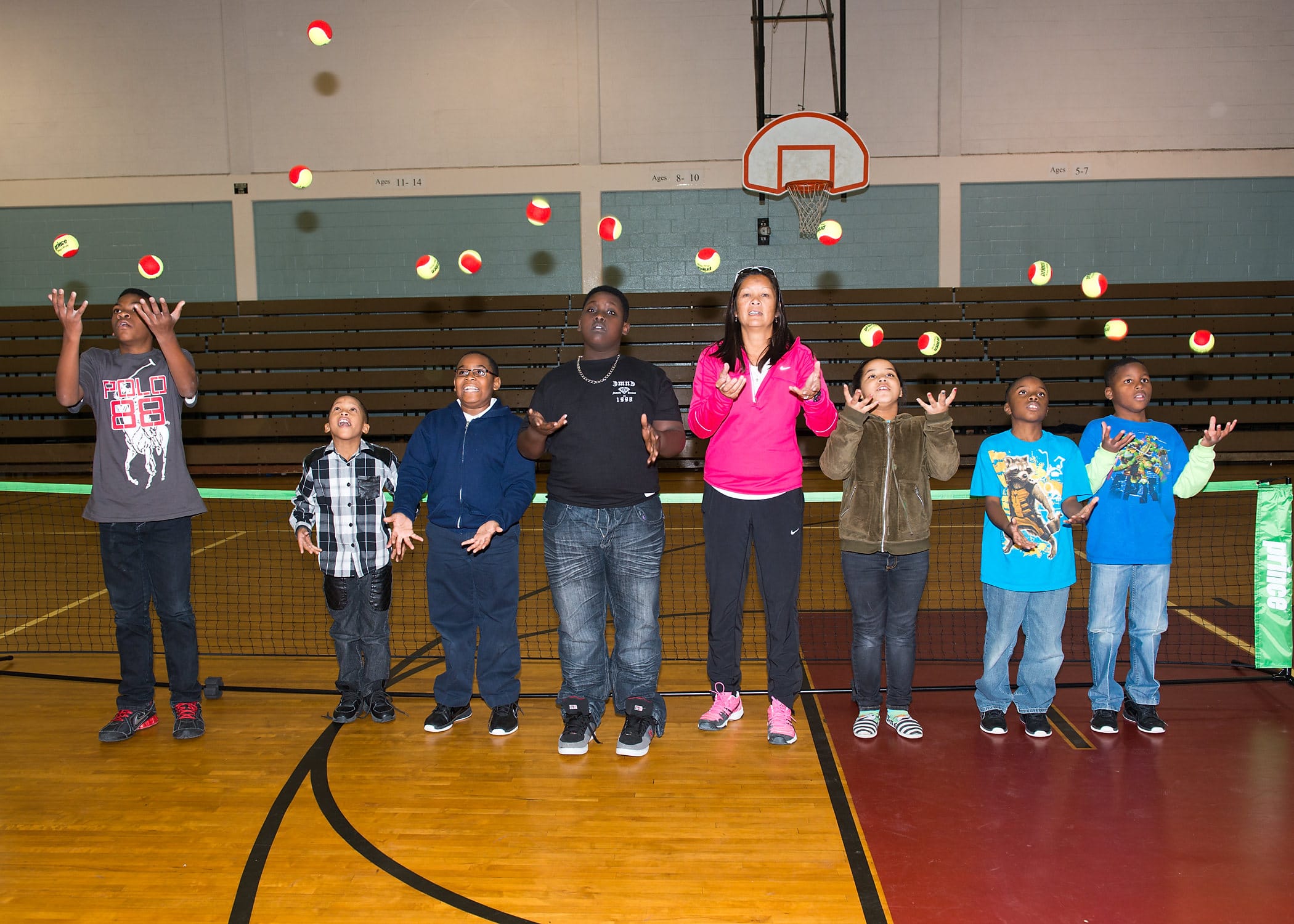 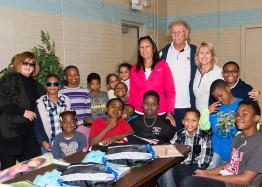 But Tennis-4-Everyone is more than an after-school tennis program. On Monday through Thursday at the Fricker Center, 20 to 30 kids get help with their school homework as well. Dotson has afternoon programs at four Pensacola area community centers: Fricker, Gull Point, and Cobb.

In these programs 10 and Under Tennis clinics are stressed. Most of these kids are from the inner city and really appreciate the homework help as well as the introduction to tennis. She has one local pro, Rachel LaPorta, who helps her out with the tennis clinics.

Dotson takes no money for herself in administrating these free programs.

Dotson insists she can fully fund Tennis-4-Everyone for $8,000 a year. Most of those funds come in the $100 here, $200 there-type of donations. The Youth Tennis Foundation of Florida (YTF) is proud to again donate $500 to the Tennis-4-Everyone program in 2015.