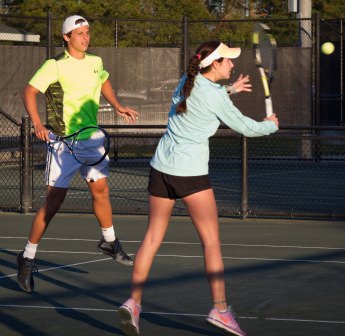 Ephron and Nowak in mixed doubles

Players numbering 117 from 15 states participated in the event, the third straight year seeing a player increase in participation..

Unseeded Elliot Minvielle of Youngsville, La., defeated Pensacola’s No. 3-seeded Chris Ephron 6-4, 6-3 to win the Men’s Open Division. Minvielle then teamed with No. 2 Neil Mason of Lafayette, La., to down top seeded Erik Everett of Charlotte, N.C., and Jonathon Price of Columbia, S.C., 6-7(5), 6-4, 1-0(6) in the Men’s Open doubles final.

In the all-junior-player Mixed Open final, Ephron and Nowak teamed to defeat Hobbs and her brother, Jefferson, 6-4, 6-3.

This stellar event, dreamed up by Catholic Coach Geoff Watts and former Washington High School coach Michael Edge, has drawn top-level teams in each of the four years. 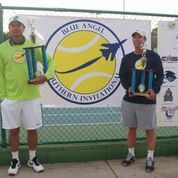 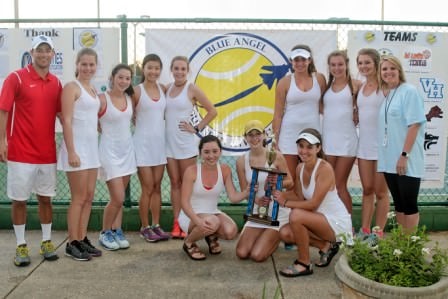 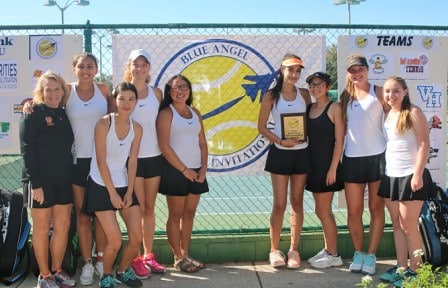 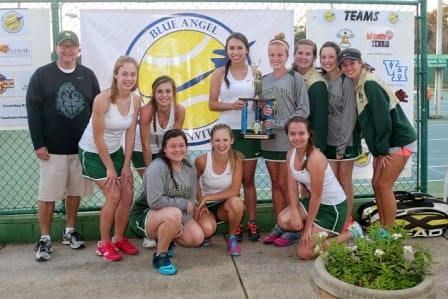 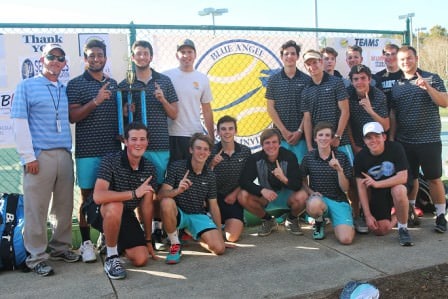 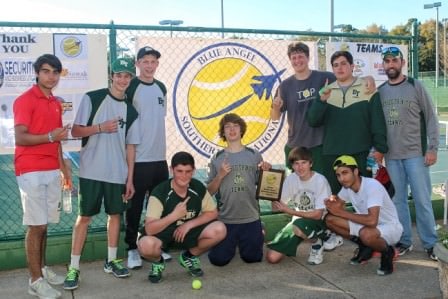 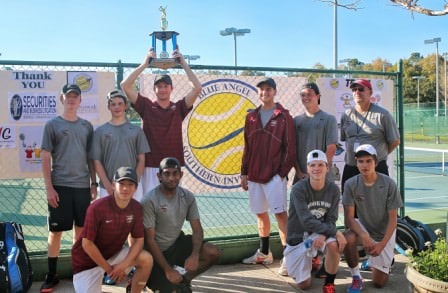 Team Sportsmanship awards, which were decided by a vote of the coaches, were presented to Winter Park for the girls and Blessed Trinity for the boys.

Players and coaches received commemorative long sleeve t-shirts and pizza both days for their teams at lunch. Again for the second consecutive week, the weather was absolutely beautiful.

This year’s teams included hosts Pensacola Catholic and Pensacola Washington and eleven others:

The 13th Annual ITF Pensacola Wheelchair Tournament was held March 9-13, 2016 at Roger Scott Tennis Center. And, for the third straight week the weather was very cooperative. There was a little rain on Friday but the tournament prevailed.

In each of the ITF divisions, Men’s, Women’s and Quad’s, six of the world’s Top 10 players entered the competition which indicates that the Pensacola tournament has earned its Series 1 status. Players from 16 countries enjoyed the tournament and the greater Pensacola area. 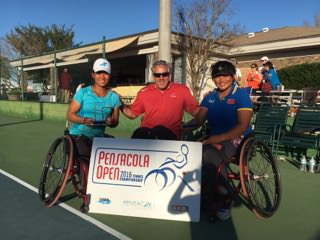 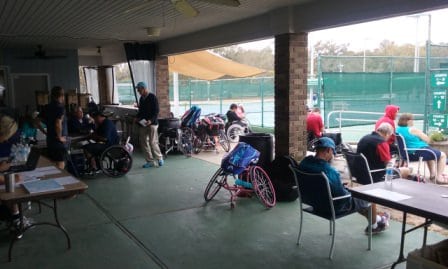 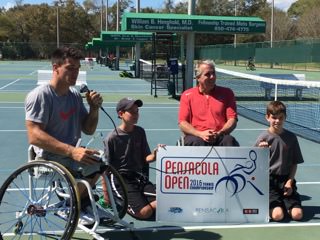 “The players have always enjoyed coming here”, said Tournament Director and founder, David Mayo, “because they are the main event and treated like royalty.”

The Men’s Open singles was won by #3 seed Gusavo Fernandez (ARG) 6-3, 6-4 over #2 seed Gordon Reid (GBR). Reid teamed with Stefan Olsson (SWE) to win the doubles 6-3, 6-1 over the French pair of Federic Cattaneo and Stephane Houdet.

For full results go to: http://tennislink.usta.com/Tournaments/TournamentHome/Tournament.aspx?T=184399#&&s=8Results0. 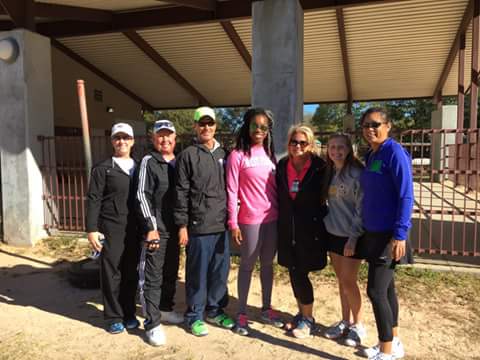 Pensacola tennis professional Rita Dotson and several other volunteers have teamed up to give 10 and Under Tennis Demonstrations in the form of assemblies or all-day P.E. classes at various elementary schools in Escambia County.

The demonstrations feature hands-on experience with the age-appropriate rackets, balls and nets for the 10-and-under and 8-and-under crowd.

The events were held on Wednesdays and eventually will touch all the elementary schools in the Greater Pensacola area.

Dotson says that the demonstrations have been well received and have resulted in many new Junior Team Tennis sign-ups for the coming season.

Both Boys and Girls winners from the Districts 1 and 2 meet the runners-up from those districts at the Class 1A, 2A and 3A levels. Those matches constitute the regional semifinal matches, with the finals winners advancing to the FHSAA State Tournament. 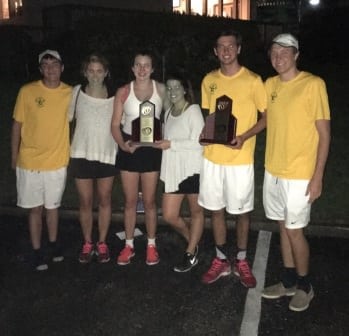 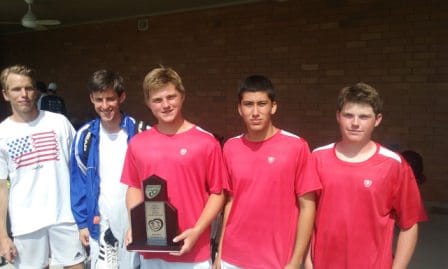 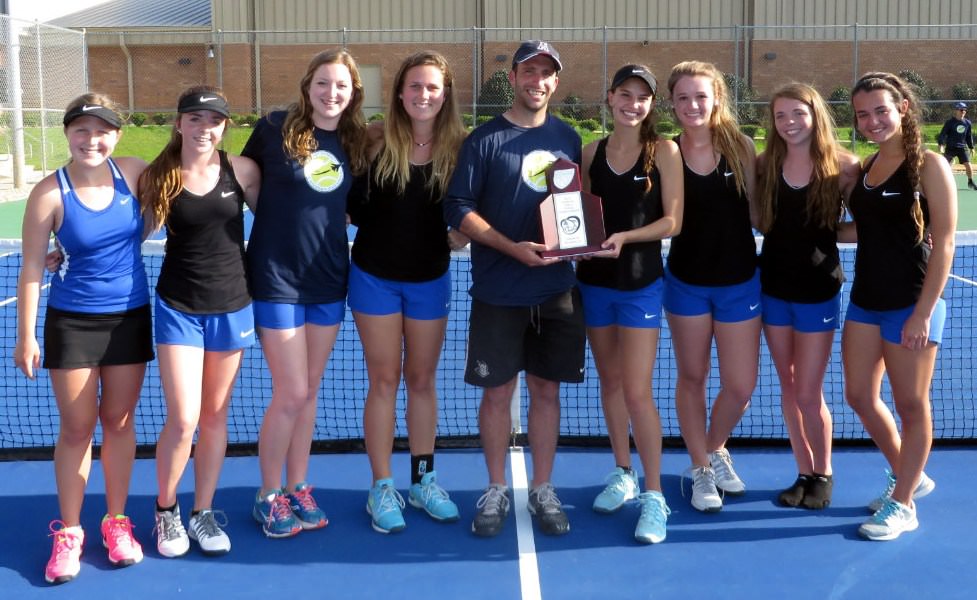 Coach McGuigan and the Washington 3A Girls 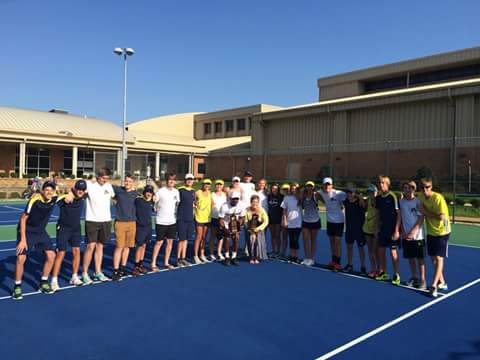 The pairings are as follows for Districts 1 and 2:

Good luck to all the teams in their quest to reach the state tournament. 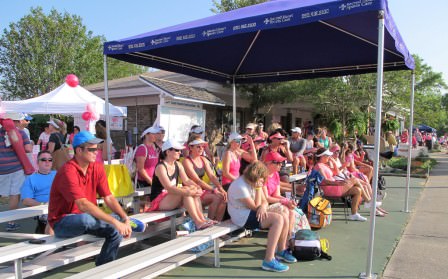 A sea of pink at a previous Pink Ribbon

This wholly local event raises nearly $100,000 each year for mammograms and other breast cancer procedures for local women who otherwise could not afford them.

Two compass draws of 64 and 32 teams filled up in 22 minutes at the sign-up in February. The event begins with a pro-am Calcutta and dinner on Thursday evening.

Tournament play begins on Friday. To follow all the activities please check out the Pink Ribbon website at: http://www.pinkribbontennis.com. 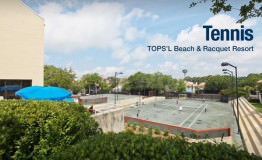 The four-times USTA Florida Section Tournament of the Year, the 33rd Helen Drake Invitational Tennis Tournament, will be held at TOPS’L Beach & Racquet Resort on April 13-17, 2016.

The entry deadline is Friday, April 8.

ONLY USPTA Members in good standing will be eligible to play in the tournament. All membership requirements, including completion of the certification exam, must be submitted at least 60 days prior to the entry date of the USPTA tournament.

Tournament entry fee includes a Professional Development seminar with guest speaker Bill Tym, USPTA Master Professional, on Saturday May 14, 8-9 a.m. A vendor showcase and player luncheon will also be held on Saturday from 11 a.m.-2 p.m. with the player welcome party on Saturday night.

A minimum of $10,000 in prize money will be allocated based on the number of entries in each event. We will offer first-match loser consolation in all events and prize money to consolation winners.

For reservations at TOPS’L Beach & Racquet Resort call 1-800-380-4808 and identify yourself as part of the TOPS’L USPTA Clay Court Championships, customer code A8007. For assistance contact Lauren Granger, Group Sales Manager at 850-267-9240 or Lauren.Granger@wynvr.com. 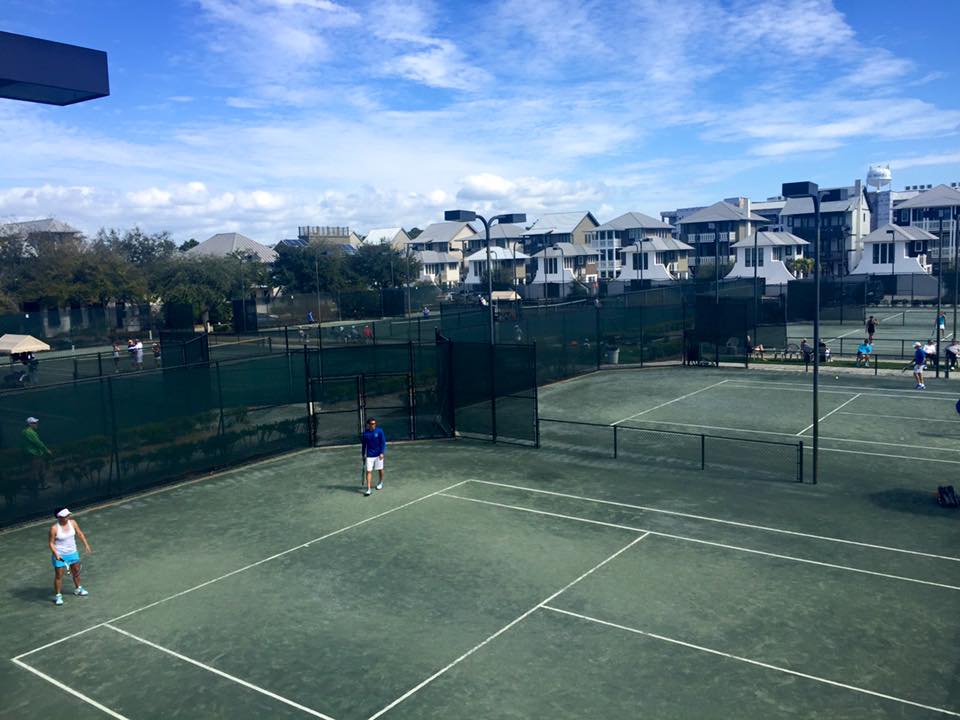 To enter, please click on the following link: http://tennislink.usta.com/Tournaments/TournamentHome/Tournament.aspx?T=175610.