Here’s to a happy and prosperous New Year to everyone in our Florida tennis community and beyond! 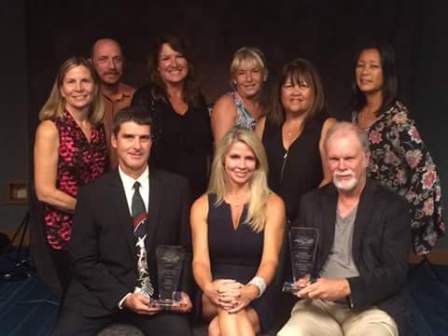 Region 1 in the Florida Panhandle west of Tallahassee earned three of the top awards at this year’s 66th USTA Florida Annual Meeting held in Orlando on Nov. 21-22, 2015.

Pensacola’s Terry Thrash was awarded Volunteer of the Year for his outstanding work in many phases of tennis around Pensacola. Similarly, Tara Dominguez won the Junior Team Tennis Volunteer of the Year for pioneering work with independent junior team tennis programs in the Panhandle. USTA Florida thought so highly of Dominguez’ work that she now has a permanent paid position with the organization.

Finally, the Roger Scott Tennis Center in Pensacola was awarded the Member Organization of the Year. Under the direction of Bruce Caton, his staff hosts every kind of tennis event imaginable from adult and junior sanctioned tourneys, to an ITF Wheelchair event and a $10,000 Men’s Futures Tournament, to both beginner and adult classes, to charity tournaments, to one-day adult events and various fun afternoon junior events to name a few.

Congratulations to these three and all those who volunteer and participate to make the area programs and tournaments better. 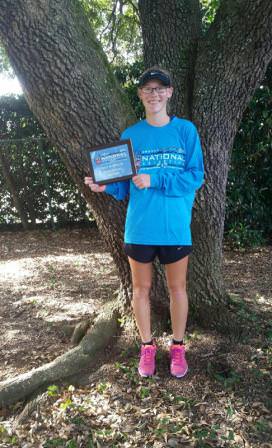 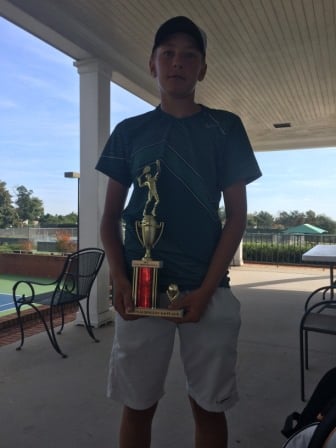 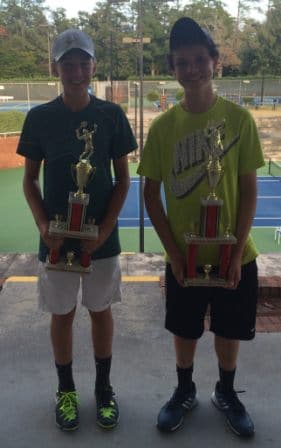 Muldowney was seeded 4th at the Boys 14 USTA Open Regional held at the Newman Tennis Center in Augusta, Ga. He won three rounds in straight sets before losing in the semifinals 6-1, 6-2 to James Bratt (#5) of Middleburg, Fla. Muldowney then beat #8 seed Nikhil Charanjiva of Boca Raton, Fla., 6-3, 6-1 for third place.

However, Muldowney wasn’t finished. He teamed Bratt as the #3 seeds in doubles and they destroyed the field, winning four matches while allowing no more than three games in a match including an 8-3 defeat of Zach Portnoy (New York, N.Y.) and Jame Qu (Greer, S.C.) in the final.

Weaver was unseeded at the Girls 16 USTA National Selection Tournament held at the Lagoon Park Tennis Center in Montgomery, Ala. She went 6-1 in the tournament losing only to top-seeded Madison Hwang (Frisco, Texas) 6-4, 6-3 in the round of 16.

Congratulations to these two fine representatives of Panhandle junior tennis. 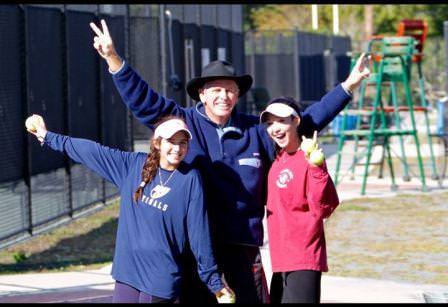 For 32 years Pensacola tennis professional Brian Sakey has held the Pensacola Clay Court City Championships. The tourney has been held at the various places around town that Sakey has been the head professional. However, for the past two years the event has been held at the Roger Scott Tennis Center (RSTC) even though Sakey is head pro at The Club II in Gulf Breeze. Players from both Santa Rosa and Escambia counties are welcome to play.

The reason for the venue change is really rather ingenious. The Friday, Saturday and Sunday event has been held concurrent with the final three days of the Pensacola Men’s Futures $10,000 professional tournament. The City Championships was easily run on six of RSTC’s 10 clay courts while the pros used the other four for the semifinals and finals of singles and the finals of doubles. In between players’ City Clay matches, they could watch the pros and eat from the food truck there for the pro tournament.

As with all Sakey tournaments, there was plenty of tennis (players guaranteed four matches), food, beverages and a cool “Down and Dirty” City Clay Courts t-shirt.

The Escambia/Roger Scott (RSTC) Women’s 50 & Over 8.5 Combo team was runner-up at the USTA Florida League Sectionals played Dec. 11-13, 2015 at the Florida Tennis in Daytona Beach. The local ladies lost 1-2 to Sarasota/Manatee in the finals. 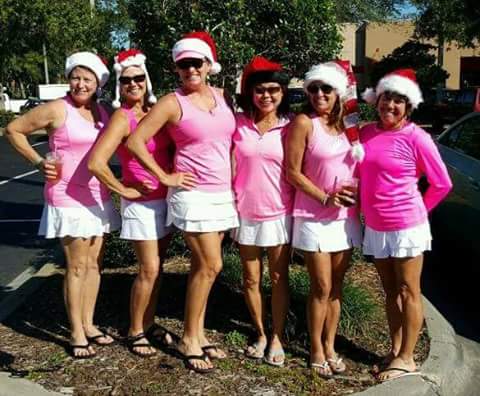 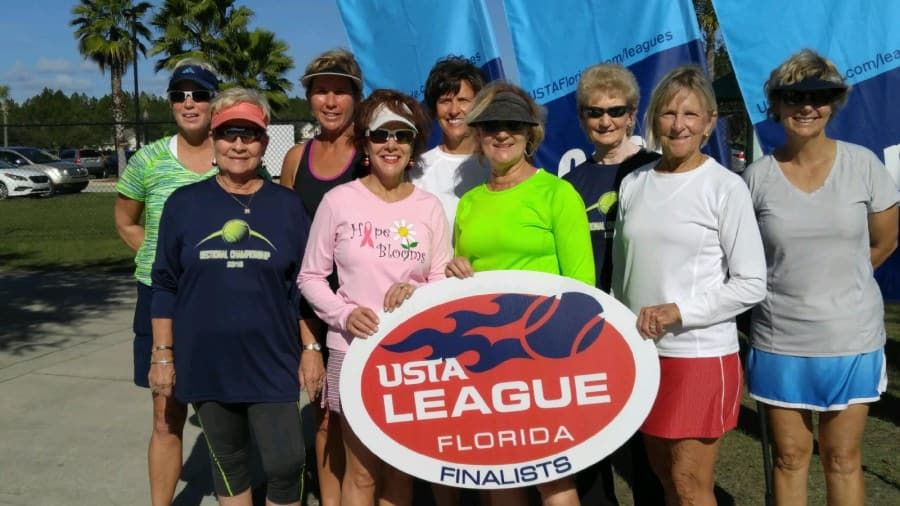 The locals tied with St. Johns/Ponte Vedra 3-1 after pool play but made the finals with more matches won and less sets lost. The ladies defeated Hillsborough 2-1 and 3-0 and beat Duval 3-0 but lost to them as well 1-2 in round robin play. 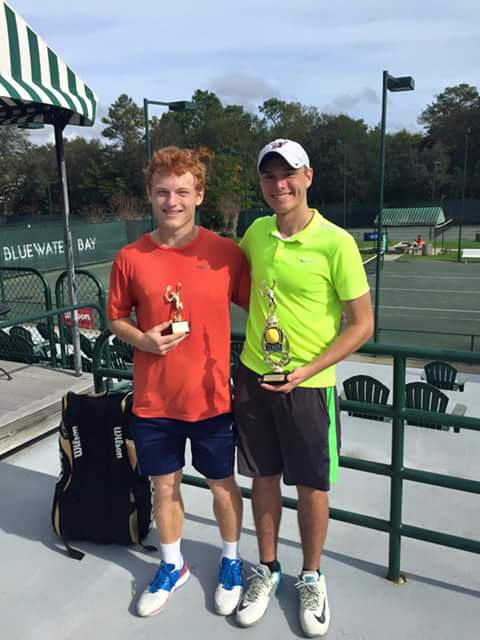 One week later Bomparola played the Darling Tennis Center’s 10th Annual Santa Claus Classic in Las Vegas, Nev. Bomparola was unseeded in this Level 7 Boys 16 event and downed #1 seed Simran Shah of Las Vegas 6-0, 6-1 in the semifinals followed by a 6-2, 6-0 drubbing  of #2 seed Connor Mikkelson of Boulder City, Nev., in the final.