Then, Ephron teamed with Danny Sullivan to win the #1 doubles title 2-6, 7-6(5), 6-3 over Austin Debruyne and Chris Tasker of Weston (Sagemont).

Several other teams and individuals advanced to the state tournament as well. In the 1A division, Catholic’s Liz Nowak played in the girl’s individual singles and teamed with Milan Carro to play in the individual doubles. In the 3A division, the Niceville girl’s team finished 5th after winning the title in 2014. Niceville’s #2 doubles team of Megan Hovenden and Andi Vonhilsheimer lost in the finals after upsetting the #2 seed in the semifinals.

in the 2A division, both the Gulf Breeze boys and girls teams played at the state tournament as well. #4 singles player Hayden Essary won a match and the #2 doubles team of Joel Boles and Essary won a doubles match. Panama City Arnold’s Davis Meeks won a match in the 2A Individual singles event. In the 2A girls individual doubles, Panama City Rutherford’s Sana Malik and Olivia Meadows participated. 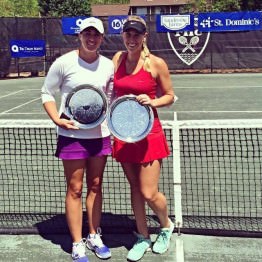 The doubles title was Guarachi’s seventh of her career. Guarachi also beat the #2 seed Miharu Imanishi (JPN) 6-3 in the third. Guarachi had to withdraw from her quarterfinal singles match with a stomach virus.

Probably one of the most popular tennis events in Pensacola is the Pink Ribbon Tennis Tournament for breast cancer.

The entry for the tournament opened last month and was nearly filled in a day!

The event kicks off with a Calcutta tourney on Thursday evening featuring local pros and their three player teams. 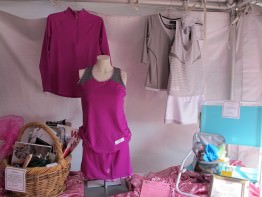 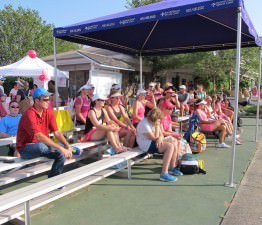 There is a massive Silent Auction tent and food and drinks everywhere throughout the tourney. All players are guaranteed at least four matches.

For more information, go to www.pinkribbontennis.com.